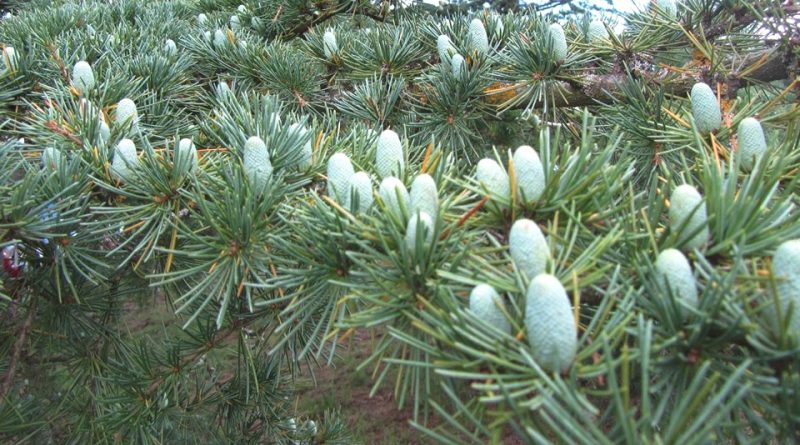 The cedar of Lebanon (Cedrus libani, A.Rich. 1823) is an arboreal species belonging to the genus Cedrus.

Systematics –
From a systematic point of view it belongs to the Domain Eukaryota, Kingdom Plantae, Division Pinophyta, Class Pinopsida, Order Pinales, Family Pinaceae and then to the Genus Cedrus and to the Species C. libani.

Etymology –
The term Cedrus comes from the Greek κέδρος kédros, of probable Semitic origin, assonant with the Hebrew héder ornament, majesty and with the Arabic kedre power. The specific epithet of Lebanon refers to Lebanon, a historical region that faces the eastern sector of the Mediterranean Sea.

Geographic Distribution and Habitat –
Cedrus libani is native to southern Anatolia, Syria and Lebanon, where spontaneously it is found along the rocky and calcareous slopes exposed to the north, at an altitude between 1,300 and 3,300 meters above sea level. rare; few examples are found, while it is widespread in parks and gardens throughout Europe where it was brought in the seventeenth century. 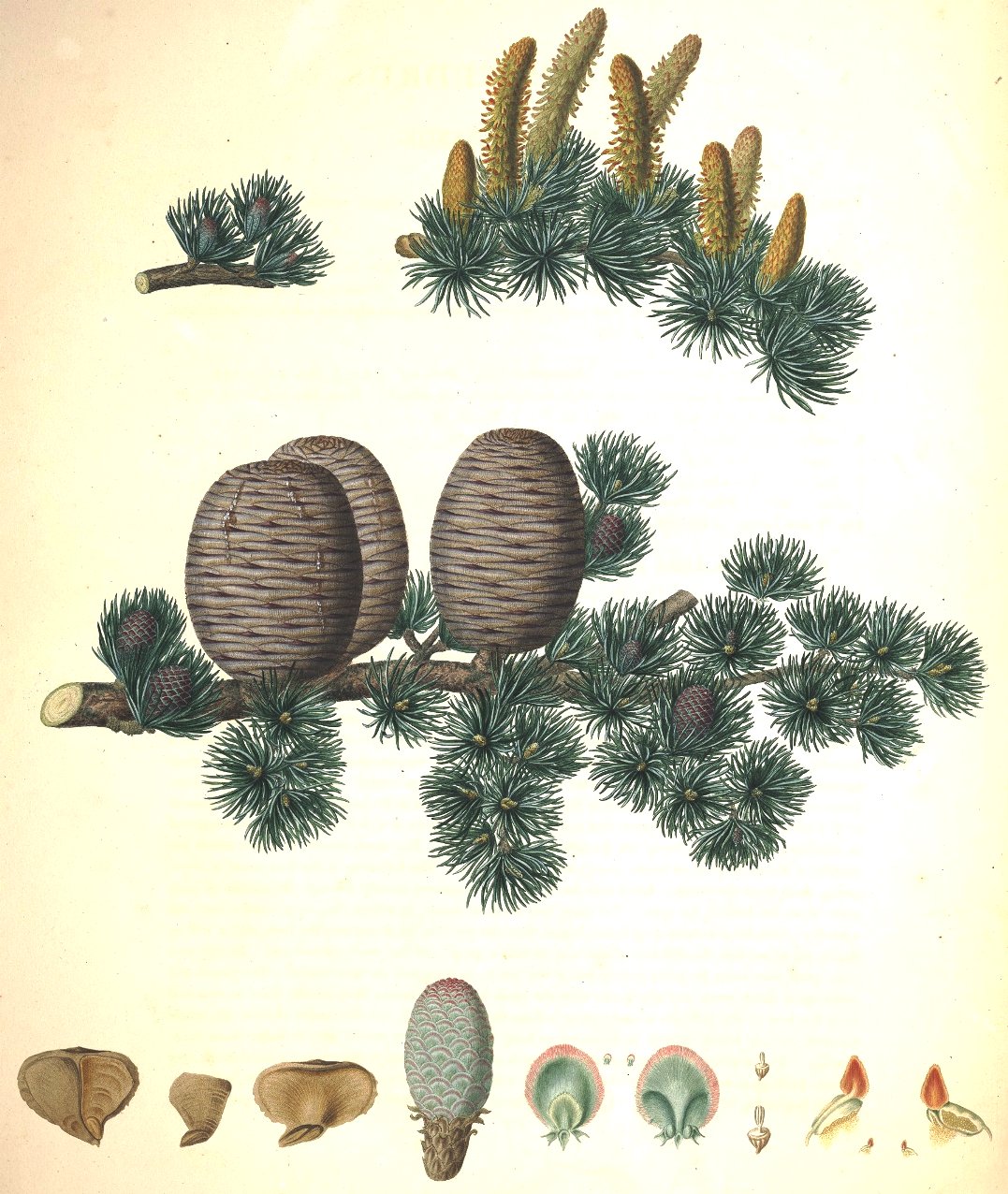 Description –
The Cedrus libani is a tree that can reach 40 meters, with a conical crown in young specimens and more flattened in the old. The trunk is columnar and broad at the base up to 2.5 meters, dense branches from below and with a smooth bark and gray in young and then cracked and brownish-black. The second-order branches expand to form large horizontal stages. The leaves are needle-like 1 to 3.5 centimeters, with those of the individual macroblasts inserted in a spiral around the branch and those of the brachiblasts gathered in tufts. Bring unisexual flowers, with light-colored, erect and cylindrical masculine ones, the feminine ones are larger. The pine cones that are formed, when ripe, leave the brown rachis on the branch and free the seeds with a large wing.

Cultivation –
The cedar of Lebanon prefers bright and sunny places but it develops well even in semi-gloomy ones, moreover it is a plant that adapts well to both hot and cold climates. The soil on which to implant it must be soft and well drained. Adult plants, through their root system, grow very well without any irrigation needs, which must be done in the first stage of rooting, for the first three to four years, especially in dry periods. For details of the cultivation technique, see the following sheet.

Uses and Traditions –
Cedrus libani is a tree from which we derive a wood of excellent quality, much appreciated since antiquity. This plant was once very widespread in the Middle East, where it provided a compact, aromatic and durable wood; in fact, thousands of years ago this plant formed extensive forests on the mountainous slopes of the entire Near East, including Cyprus and, of course, the Lebanon. Unfortunately, today, in its area of ​​origin in the chain of Mount Lebanon there are only a few hundred specimens.
The most majestic specimens and, considered the most beautiful, are found in Lebanon and precisely in the Forest of God’s Cedars, which is a UNESCO World Heritage Site. In order to protect this plant, the Lebanese government has established three protected areas: the Shuf cedar reserve, the Horsh Eden reserve and the Tannourine forest reserve. The Forest of God’s Cedars is sacred, both for Muslims and for Jews. Nobody touches her.
The temple of Jerusalem was made of the cedar wood of Lebanon (as the Song of Songs reads: “The boards of our house are of cedar”) and of course the Phoenician ships that from Tire and Sidon left for the world.
It is not surprising that this longstanding and imposing tree has always had a high symbolic value: already Pythagoras, more than 2000 years ago, recommended it together with the laurel, the cypress, the oak and the myrtle to honor the deity with dignity, and its sacredness has been preserved to this day, as evidenced by the history of the forest of Gods. And as shown at the bottom also the stylized figure of the tree that stands on the flag of the Lebanese state. A cedar of Lebanon.

Preparation Mode –
The Cedar of Lebanon has no food uses.

One thought on “Cedrus libani”