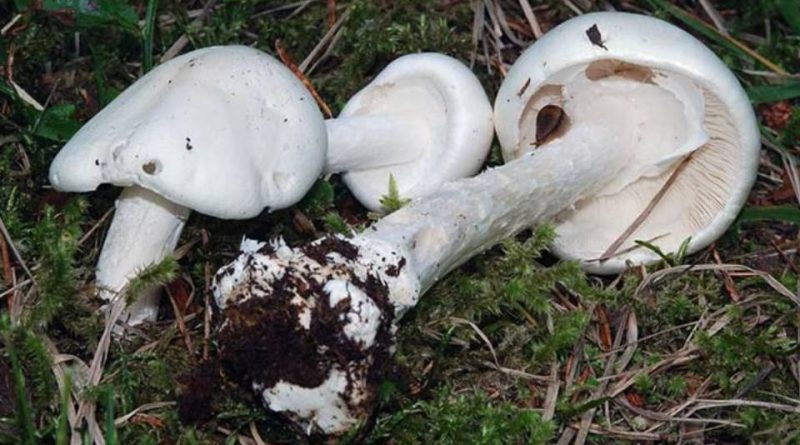 Systematics –
From the systematic point of view it belongs to the Domain Eukaryota, Kingdom Fungi, Basidiomycota Division, Class Basidiomycetes, Order Agaricales, Family Amanitaceae and then to the Genus Amanita and to the species A. virosa.

Etymology –
The term Amanita derives from the name of Mount Amanos of Asian Turkey or from the Greek ἀμᾱνῖται amanítai, an appellation given by the ancient Greeks to mushrooms in general. The specific epithet comes from poison viruses, but also stinks, stench: smelly, fetid or poisonous.

Geographic Distribution and Habitat –
The Amanita virosa grows in the mountain and humid forests of conifers in the period from summer to autumn. It is found above all under the spruces and in calcareous soils. It is a fungus not very widespread but still abundant in the growth stations. 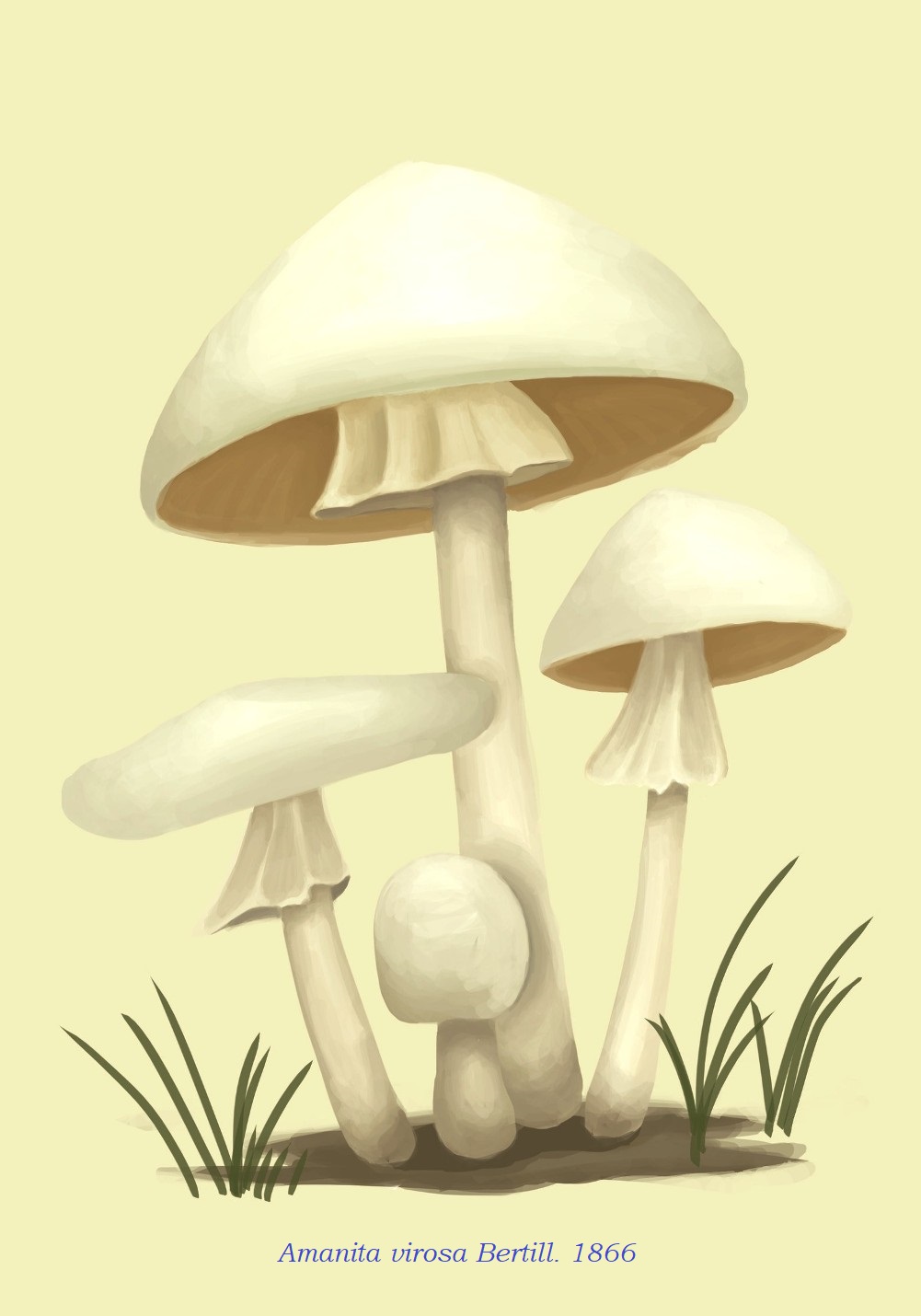 Description –
The Amanita virosa is distinguished by having a hat of 45-90 mm and even more, of a pure white color that develops by breaking the volva, initially with an ogive and with an irregular and belly-colored maturity and at the end almost relaxed, covered by a cuticle. silky and hairless that becomes slightly viscous in wet weather. The lamellae are free, thick and thin, white even when ripe and interspersed with lamellulae. The stem has dimensions of 80-120 mm and over for 10-20 mm, with a slender, cylindrical, slightly eccentric shape, white and adorned under the ring with concolour flakes. It is bulbous in the basal part and wrapped in a showy volva. The ring is supero, almost high at the apex, not very persistent and thin white. Also the volva is white, consistent that wraps the bulb of the stem. The flesh is of an immutable and fibrous white color, with a smell of yeast which at maturity becomes very unpleasant, virulent. The taste is quite repellent and any tasting should not be swallowed but immediately expelled (but we do not recommend it to non-experts in the sector). The spores have dimensions of 8.5-10 for 8-9.5 μm; they are smooth, amyloid, white in mass and colorless under the microscope. The Amanita virosa was once considered a variant of the white form of the Amanita phalloides (Vaill. Ex Fr.: Fr.) Link, of which it is distinguished by the most pronounced bulb, the eccentric stem is very decorated, flocculent, the hat with an often irregular and bilobed shape, never completely spread, the ring fragile and oblique and often dissociated. The habitat is also different, as for the A. phalloides consists of deciduous trees.

Cultivation –
Like all deadly poisonous mushrooms it is of no interest for any cultivation.

Uses and Traditions –
The Amanita virosa, for its mortality is called in English “Destroying angel”, that is “destructive angel”. It is a kind of danger equal to the congener Amanita phalloides, with which it shares the lethal mycotoxins. Unlike the latter, however, the first symptoms of poisoning, by this species, often occur after several hours of consumption, even 24 hours. The damages are of a hepatic and extremely violent nature.
It can also be exchanged with Amanita in alba form and Amanita verna (Bull .: Fr.) Lam., And with a similar extra-European fungus which is Amanita bisporigena G.F. Atk., With smooth shank, asymmetrical volva, enveloping the oval bulb of the foot, odorless and tasteless, which grows in the oak woods of North America. It can also be exchanged with Amanita albine forms, but the characteristics are strongly typical and univocal in that; stands out for ex. from the variety alba (Pers.) Quél. & Bataille, which has veiled remains on the hat, differentiated ring and circumcised volva. The young specimens, still closed with egg, can also be exchanged by the less experienced with white or whitish fungi of subferic form, as some species of Bovista and Lycoperdon, or with white species of the genus Agaricus that from young people have a massive and closed appearance.

Preparation Mode –
Mushroom to be discarded absolutely as a deadly poisonous. Contains amatoxins.