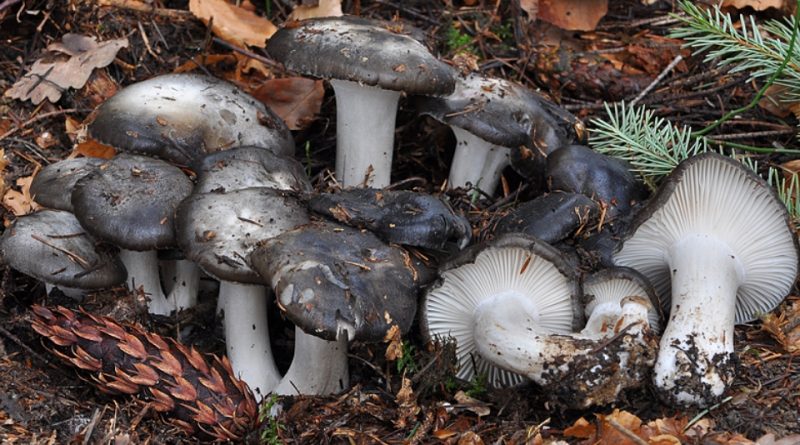 The Marzuolo or dormant (Hygrophorus marzuolus Br. Bresadola 1893) is one of the most appreciated and sought edible mushrooms.

Systematics –
The Hygrophorus marzuolus from the systematic point of view belongs to the Domain Eukaryota, Kingdom Fungi, Phylum Basidiomycota, Class Basidiomycetes, Order Agaricales, Family Hygrophoraceae and therefore to the Genus Hygrophorus and to the Specie H. marzuolus.

Etymology –
The term marzuolus comes from the Latin = marzuolo, from March for the month of appearance. The scientific term Agaricus marzuolus Fr is synonymous ..

Geographic Distribution and Habitat –
Hygrophorus marzuolus is a fungus that grows in very large groups under the foliage or needles of conifers in the late winter period immediately after thawing. The period can however go, depending on the quotas, from the end of February until May. 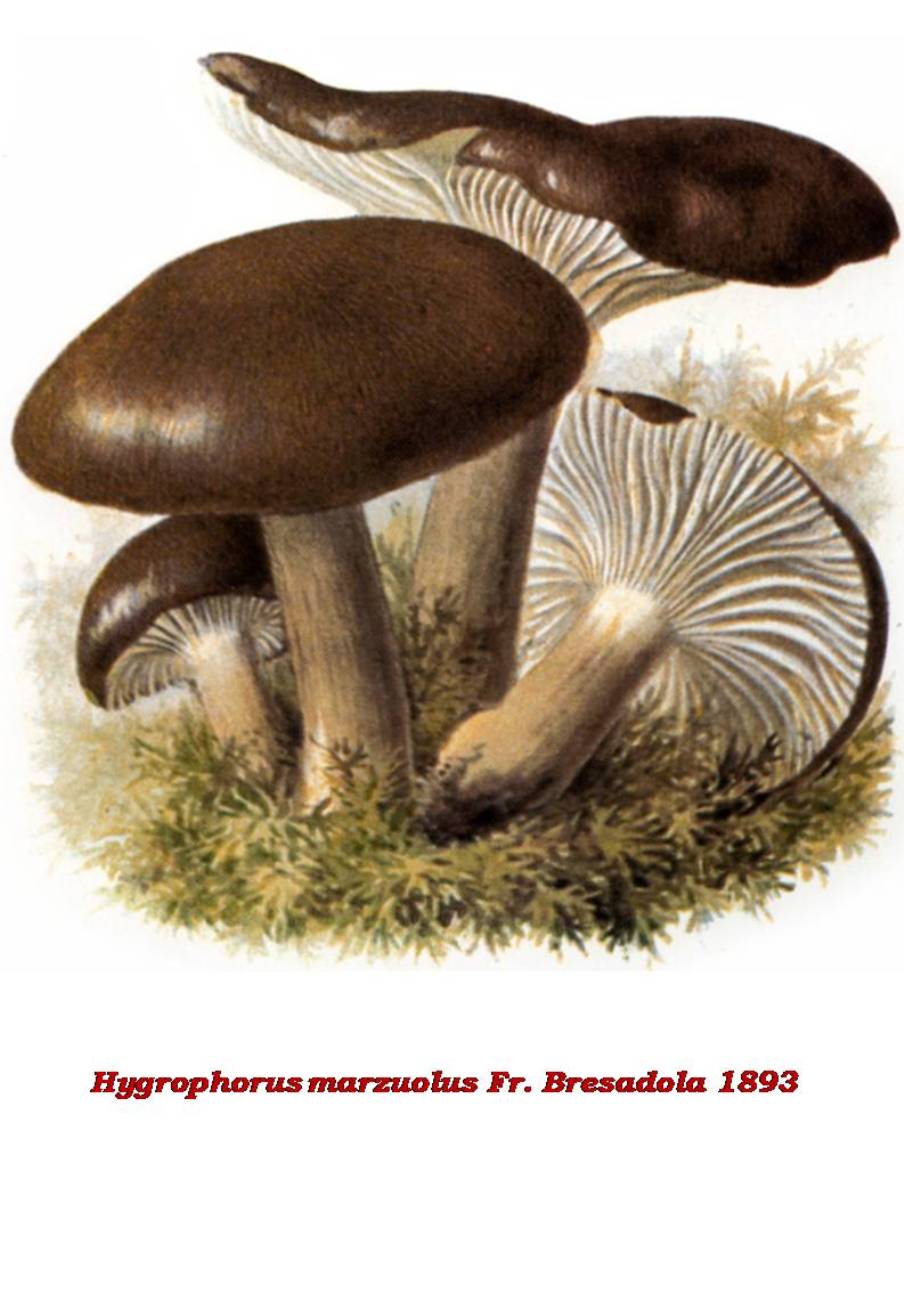 Description –
The Hygrophorus marzuolus is characterized by a hat with a diameter of 4 to 10 cm, first convex then open and with a wavy edge, of fleshy and firm consistency, smooth, non-hygrophane and not viscous with a color that varies from white to gray. The first white and then grayish lamellae are thick and ventricose, after much spaced, with some lamellula, decurrent and attenuated on the stem, with the latter of dimensions of 5-8 x 1-3 cm, full and fleshy, straight or curved , white or gray satin and pruinose in the upper part. It has a white flesh, thick, tender and greyish under the cuticle of the hat, with a light but pleasant smell and a pleasant taste. Its spores are elliptical and white in bulk.

Cultivation –
It is a fungus that can be grown on condition that the suitable substrates and the suitable microclimate are known.

Uses and Traditions –
The Marzuolo is an edible mushroom and its meat is loved by some while for others judged insipid: the main peculiarity of marzuolo is certainly to be a first fruit. However it has always been a very sought after mushroom also for its precocity compared to others at the end of winter.

Preparation Mode –
The Hygrophorus marzuolus is a fungus that must be washed very carefully before being consumed, because it is usually very dirty of earth. This is possible because unlike most mushrooms, its meat is not porous and therefore, if washed with water, do not lose their flavor. Cleaning the marzuoli consists in soaking them with water and vinegar and then brushing the lower lamella well. At this point they can be prepared in many ways and if you want to preserve them we recommend that in oil.