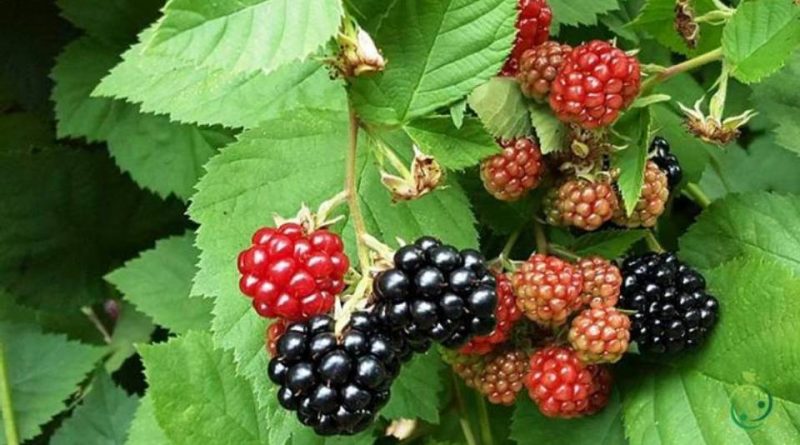 How the Bramble spreads

The common bramble (Rubus fruticosus L.) is a deciduous shrub species, belonging to the Rosaceae family and native to Eurasia.
The fruits of this plant are commonly known as blackberries.
There are some varieties of this plant, which derive from species of American origin, among which we remember: Thornfree, Black Satin, Dirksen Thornless and Hull Thornless.
It is a plant whose harvest period begins in July and lasts until September. In production plants, the yield per hectare can exceed 100 quintals.
As for the propagation of this plant, let’s immediately say that it is a species of easy rooting and spontaneous propagation. It can be multiplied both by seed and by cutting. In general, given the ease of taking root, we proceed by cuttings from a branch of the mother plant, while propagation by seed is not very appropriate and long, except to obtain and reproduce new varieties.

Propagation by offshoot –
In general, bramble plants are multiplied starting from an offshoot, exploiting the natural ability of the shoot to take root.
To do this, the best time to multiply plants are the summer months. In this period just take a jet still attached to the plant, split it, bending it, without separating it completely from the mother, and bury it at about 15 cm deep.
The jet thus buried must remain attached to the plant and must be irrigated frequently to facilitate the emission of new roots.
Arrived in the spring period, the underground part will now be rooted so it can be separated and transplanted to obtain a new bramble plant.

Propagation by cuttings –
Another multiplication system of the bramble is that starting from a cutting.
In this case you will have to take the young shoots, for a length of 30-40 cm, cut them, with a sharp tool and disinfected and place them in a vase. In this case it is advisable to prepare a mixture consisting of one part of sand and one part of organic soil. The pot will be kept moist all the time necessary for rooting. Also in this case the new seedlings will be rooted and ready for transplanting in the spring.
The transplant as well as in spring can be carried out, in milder climates, even in autumn making sure that no frost occurs.
In fact, newly transplanted plants can be damaged by both drought and intense cold.
In the transplant operation, it is sufficient to prepare small holes in which to insert the new plants with all the bread of earth.
The collar of the plant will be placed at the same level where it was in the rooting pot.
At this point the hole is covered by compacting the soil and watered.
For the planting sixths, we orient ourselves, also according to the different cultivars, at about one meter away, with distances between the rows of at least two meters.
For the details of the technique you can behave in the same way contemplated in the following sheet.