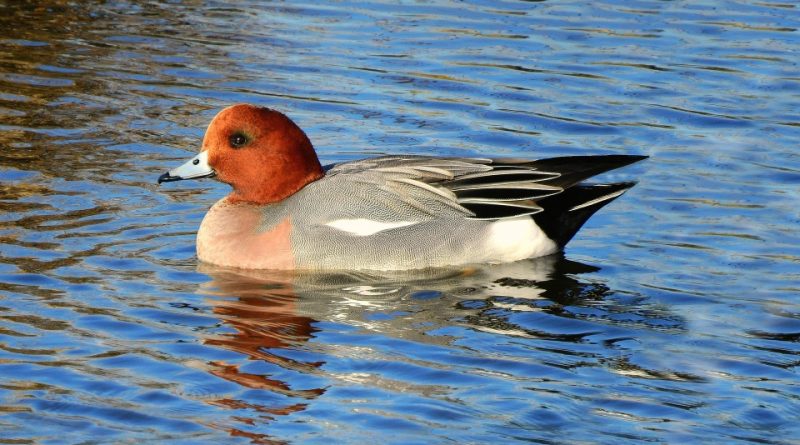 The Eurasian wigeon or wigeon (Mareca penelope Linnaeus, 1758) is a bird belonging to the Anatidae family.

Systematics –
From the systematic point of view it belongs to the Eukaryota Domain, Animalia Kingdom, Phylum Chordata, Aves Class, Anseriformes Order, Anatidae Family, Anatinae Subfamily, Anatini Tribe and therefore to the Mareca Genus and to the M. penelope Species.
The term is synonymous:
– Anas penelope Linnaeus, 1758.

Geographic Distribution and Habitat –
The wigeon is a bird that nests in Europe and northern Asia, migrates to southern Asia and Africa up beyond the Tropic of Cancer.
It is a strictly migratory species and overwinters further south of its nesting area. The Mareca penelope nests in the northernmost areas of Europe and the Palaearctic. In Northern Europe, Great Britain and Ireland, it is common as a winter visitor, but rare as a breeding bird in Scotland, in some areas and occasionally further south, with only a few breeding pairs in Ireland. It can be found as a rare winter visitor to the United States on the coasts of the central Atlantic and Pacific. It is also rare in the rest of the United States with the exception of the Four Corners and the southern Appalachians.
The habitat of this bird is that of open aquatic regions, such as flooded plains or swamps with some higher vegetation. In general, it prefers lakes, estuaries, lagoons and bays during the winter season; during the reproductive period, it prefers swamps, meadows and rivers. In Italy it is of double paso (August-November February-March), occasionally breeding. 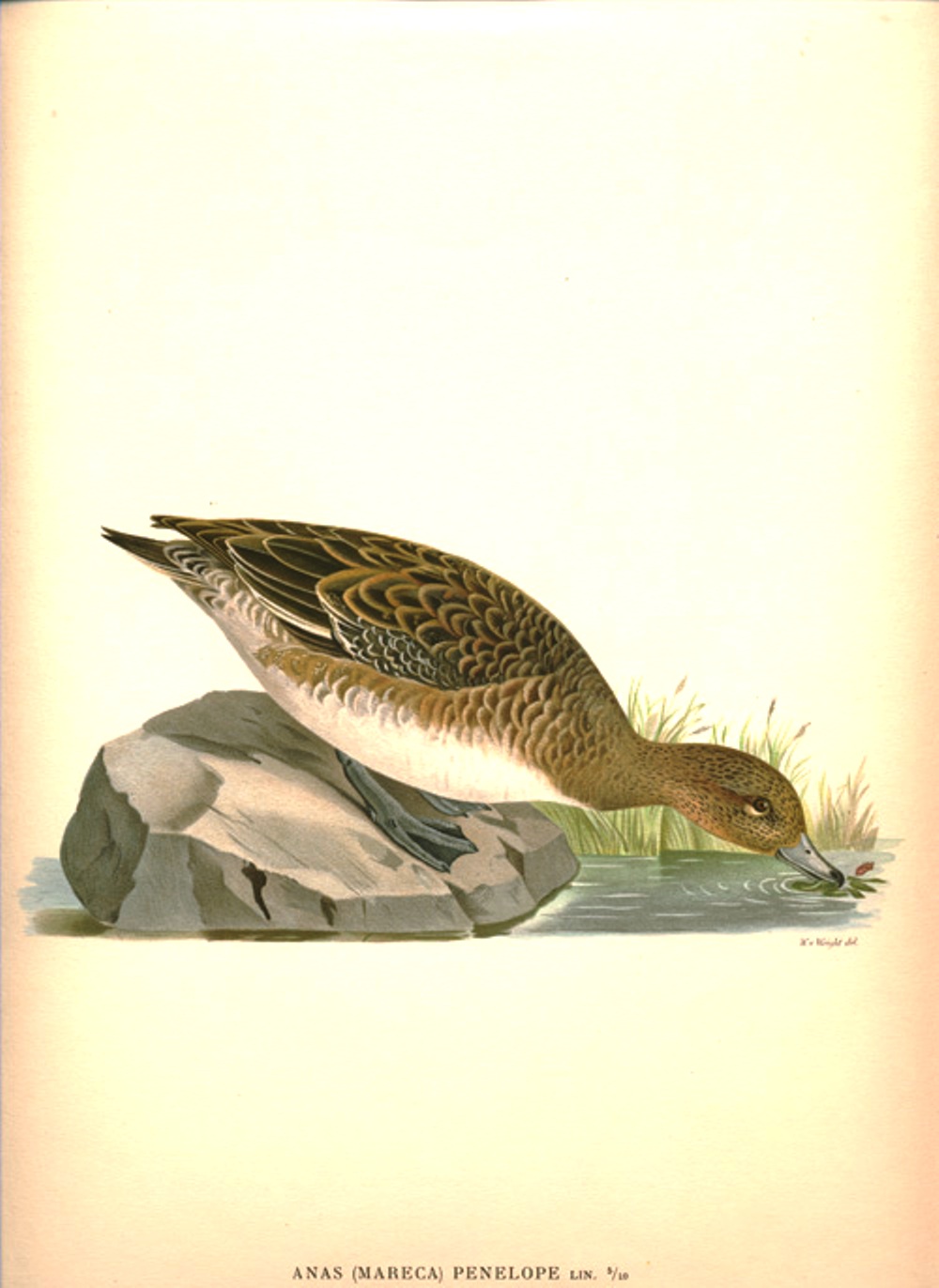 Description –
The wigeon is a 42-50 cm long duck, with a wingspan of 71-80 cm and a weight of 500-700g, with sexual dimorphism.
The beak is short, slate blue with black apex.
The tail is short and round and the legs are grayish-brown in color.
The breeding male has gray sides and back, with black rear extremity, metallic green wing mirror and a showy white spot on the wing, visible both in flight and at rest. The chest is pink, the belly is white and the head is brown with a yellowish stripe on the top of the head. In the non-nesting plumage (eclipsed), the male looks a lot like the female but is distinguished by the white spot of the wing and brighter colors.
The female is uniformly reddish brown and with a white belly. Very similar to the American wigeon, but the latter has a paler head and white axillary feathers on the underwing.
It is a noisy species. The male emits a crisp whistle, while the female emits a low growl.
It flies in V-shaped flocks, walks with ease and rises directly from the surface of the water.

Biology –
The Mareca penelope is a monogamous species; the female lays 7-8 cream-colored eggs without speckling once during the year, which she hatches for 25 days; the young are cared for by the female for a period of about 6 weeks.
During the breeding season, it settles in fresh water and nests on the ground, sheltered near the water.

Ecological Role –
This bird, outside the breeding season, is very gregarious and usually forms large flocks. It usually does not willingly join other ducks, although, in the United States, it joins American flocks and can hybridize with them.
As for eating habits, it usually feeds by sliding on the surface in search of vegetables or grazing, which it does very frequently. Usually it reaches the shore at dusk to eat. Its diet is mainly vegetable, but it also feeds on molluscs and insects.
The wigeon, according to the IUCN, is a species of minimal concern but in decline most likely due to land reclamation and hunting.