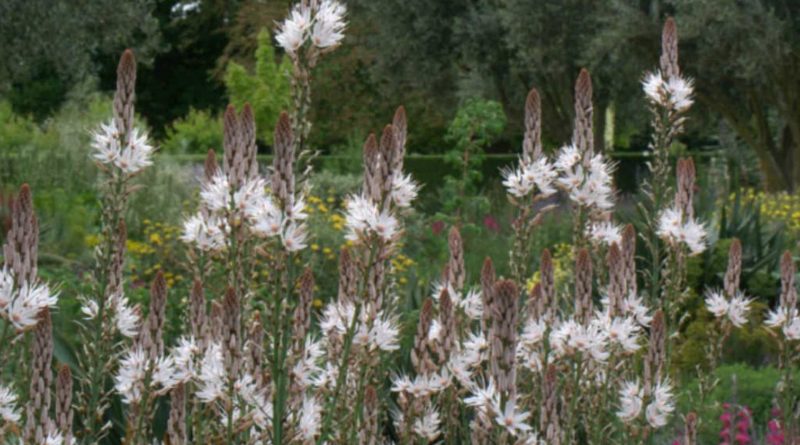 Scientific name: Asphodelus ramosus L.
Synonym: Asphodelus microcarpus Salzm. & Viv.
Family: Liliaceae
Dialect name: cannileri, purrazzu
Plant up to 80-100 cm tall has tuberous and spindle-shaped roots.
The leaves are all basal, 25-45 cm long and 1-4 cm broad, flattened and slightly keeled.
The inflorescence is richly branched, pyramidal, with white flowers with a reddish central line and robust scape, with pale green membranous bracts and pedicel flowers.
The fruit is an obovoid to spherical capsule.
Plant of Mediterranean origin typical of dry climates, it is typical of areas without tree cover, stony and overly grazed soils; its presence indicates a degraded terrain.
In Italy it is common in the central-southern regions bordering the sea; it blooms from March to May up to 1,200 meters above sea level. 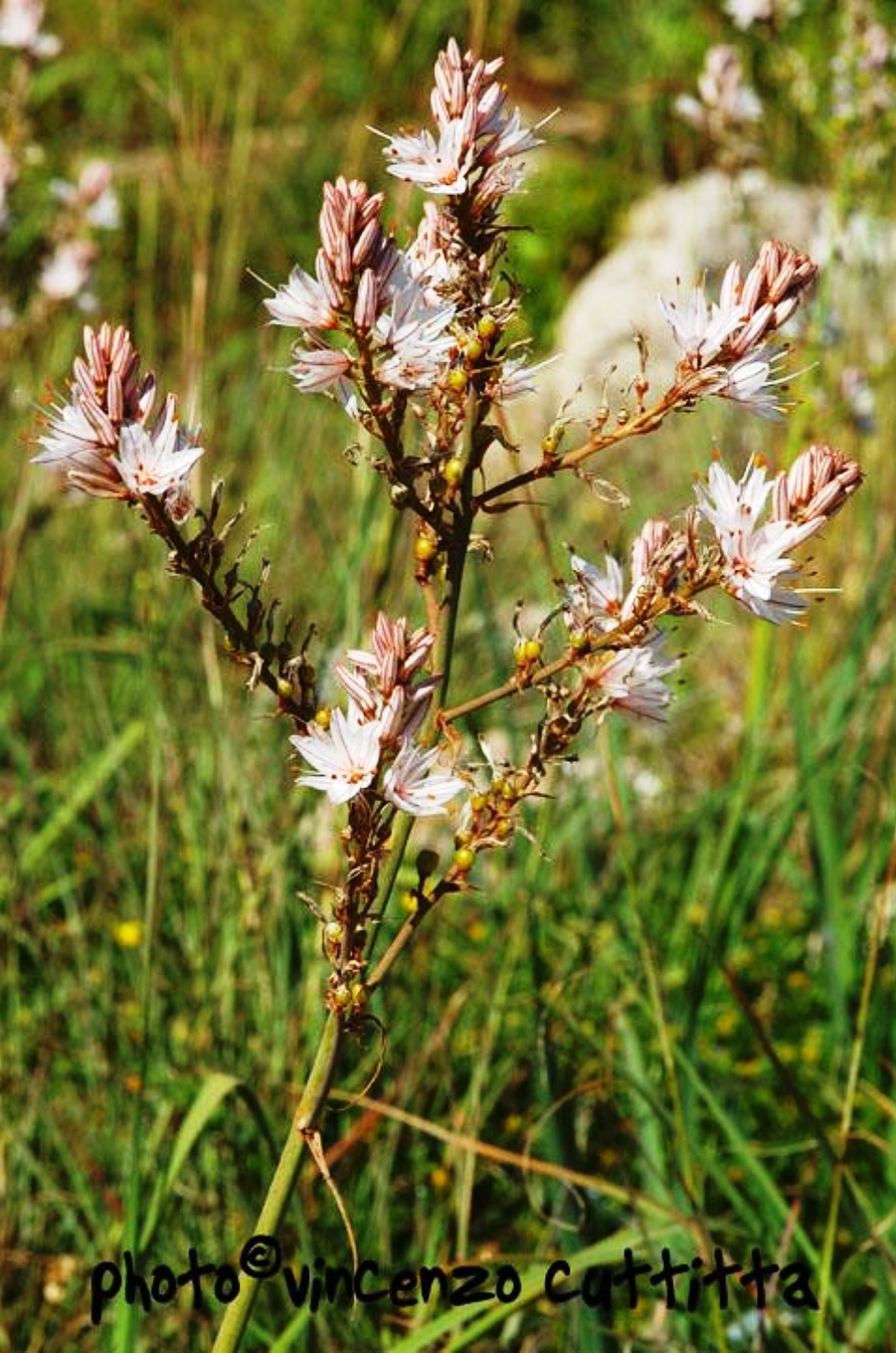 Active principles –
The active ingredients are contained in the underground portions of the plant (basal parts and tubers).
It is harvested in the summer.

Properties –
Cleansers, vulneraries, emollients. (A recent study has highlighted the antimicrobial activity of a derivative of its components).

Internal use –
The charcoal obtained from the scapes of the dried plant has absorbent properties, useful in toxicological therapies (F.O.I.)

External use –
To soothe dermatitis, dermatosis and sunburn, tubers harvested in summer, cut into slices and left to dry in the shade, are used; a decoction is then prepared using 5 g / 100 ml of water and applying the filtrate with gauze on the areas to be soothed. It is mainly used to soothe inflammation due to snake or scorpion bites.
Asphodel tubers are edible: during the First World War they seem to have been an important source of food; in fact for the starch content they can be used for bread making.
Equally widespread is the yellow Asphodel -Asphodeline lutea (L.) Rchb.- called in dialect “bafalupo” whose use is purely culinary.