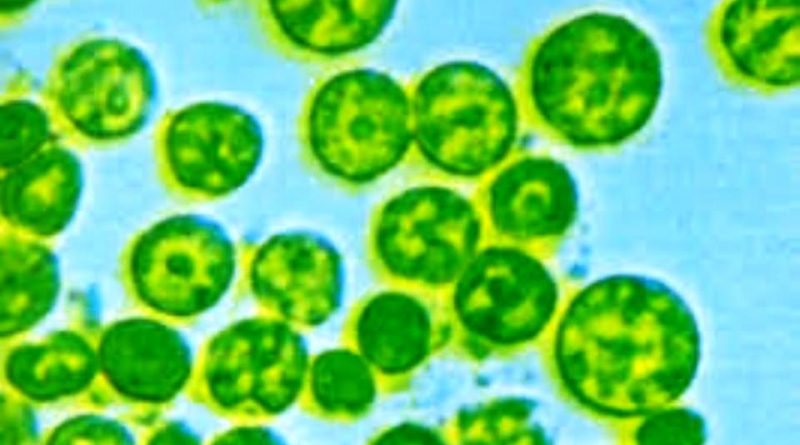 Systematics –
From the systematic point of view it belongs to the Eukaryota Domain, Kingdom Plantae, Chlorophyta Division, Trebouxiophyceae Class, Chlorellales Order, Chlorellaceae Family and therefore to the Chlorella Genus and to the C. pyrenoidosa Species.

Etymology –
The term Chlorella comes from the Greek χλώρος, chlōros khlōros, which means green, and from the Latin diminutive suffix ella, which means small.
The specific pyrenoidosa epithet refers to the presence of a prominent pyrenoid within the chlorella chloroplast.

Geographic Distribution and Habitat –
Chlorella pyrenoidosa is an alga found all over the world where it grows in fresh waters. 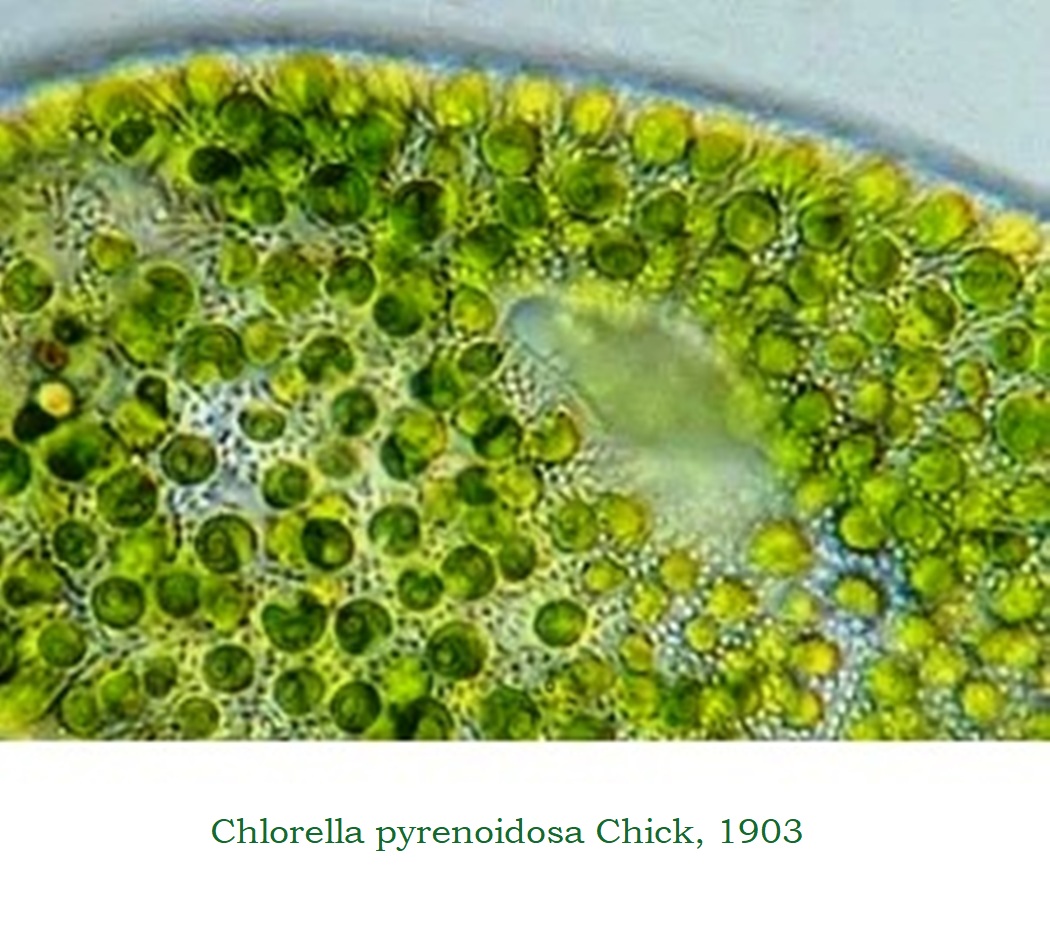 Description –
Chlorella pyrenoidosa is a unicellular alga with a spherical shape, approximately 2-10 μm in diameter and without flagella.
It contains the photosynthetic green pigments chlorophyll-a and -b in its chloroplast.

Customs and Traditions –
The German biochemist and cell physiologist Otto Heinrich Warburg, who was awarded the Nobel Prize in Physiology and Medicine in 1931 for his research on cellular respiration, also studied photosynthesis in chlorella. Also in 1961, Melvin Calvin of the University of California received the Nobel Prize in Chemistry for his research on the assimilation pathways of carbon dioxide in plants that used chlorella.
Chlorella has been considered a source of food and energy because its photosynthetic efficiency can reach 8%, which exceeds that of other highly efficient crops such as sugar cane.
Chlorella pyrenoid has been used medicinally as a chelating agent, for example to extract dioxins and dioxin-like compounds from the body.
Possible medicinal uses include:
– fibromyalgia;
– hypertension;
– Ulcerative colitis
it has also been used in traditional Chinese medicine.
Boraas (1983) reported a mutation in a population of Chlorella pyrenoidosa stored in his laboratory as a food supply for a population of flagellates. Due to a malfunction of his equipment, some flagellates have entered the Chlorella tank. This caused a single-cell to multi-cell mutation.
In addition, research has been carried out, in a scientific project by David and John Watkins of Fairborn High School, for the use of chlorella pyrenoid to support the generation of oxygen for use in space missions. This was reported in the January 31, 1959 edition of the Fairborn Daily Herald and the project won a top spot at the Ohio State science fair in Columbus Ohio that year. The brothers were 14 and 13 at the time and based part of their work on information from the Kettering Foundation.
In fact, in 1961, this algae was used in a study by Boeing to verify the feasibility of using algae to provide oxygen in space missions.

Preparation Method –
This seaweed is prepared in products especially for vegan nutrition, as a food supplement, as well as for the uses already described in medicine.