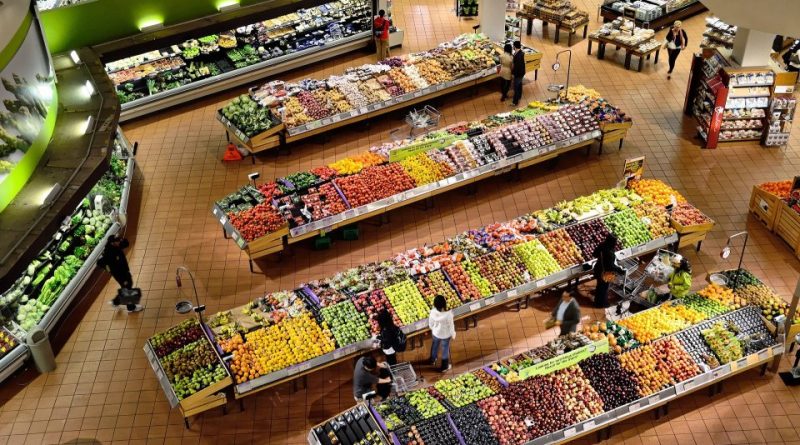 In the meantime, let’s clarify what is meant by food waste: in general, the term identifies the set of food products that have lost their commercial value along the entire chain, therefore from production to consumption, but could still be useful for human consumption.
Food waste is a phenomenon that for a long time has been extremely underestimated and neglected. In recent times, however, due to the global economic crisis, the volatility of the prices of agricultural products, the growing alarm for climate change, but above all the famines of entire populations, has become a theme to be addressed and resolved also for ethical issues and moral.
It is clear that a food loss along the chain is physiological but the data that I will shortly present show that there is a lot to work on, such as better business management or better consumer education.

Regarding consumer education, I report here the official data updated to 2019 of one of the biggest problems related largely to poor and excessive nutrition, namely obesity. The data tell us that in the world 13% of people are obese, that is, over 650 million over 18 years, equal to 13% of the planet’s population. It is estimated that every 2 obese or overweight people have one who suffers from malnutrition. In Italy the figure drops to just over 10%.
It is evident that food waste is an unacceptable paradox of our time: in fact, if on the one hand there is a need in the coming years to increase the production fed by 60-70% to feed an ever growing population, on the other we waste over a third of the food produced, many feed incorrectly and excessively and too many are undernourished or starve.
Some estimates tell us, among other things, that obesity impacts the world economic system for 2 trillion dollars (2.8% of world GDP). In Italy only for cardiovascular diseases the estimated costs amount to over 15 billion euros and for cancer treatment to just under 7 billion.
Furthermore, food waste is even more illogical in that it contributes, in a decisive way, to the increase in the production of waste, plastics and environmental crises.
As if it were not enough connected to food waste there are both “direct” wastes in the supply chain, that is, those due to the maintenance of the food industry and large-scale distribution and “indirect” wastes, that is those related to the use of fertilizers, of insecticides, pesticides, energy, water, etc.

It is evident that food waste has not only ethical, economic, social but also health and environmental consequences, since the enormous quantities of uneaten food contribute strongly to global warming and water shortages. Just think that for every kg of food, on average 4.5 kg of CO2 are emitted: it follows that the 89 million tons of food wasted in Europe produce 170 million tons of CO2eq per year.
To the greenhouse gas emissions we must then add the enormous quantities of water that are necessary to produce food. Here we must also make a due clarification as there are more environmentally friendly foods and much less foods.
In particular, meat production requires more water than other vegetable productions. To obtain a kilo of apples 820 liters are needed, for a kilo of corn 1,220 liters of water, for a kilo of rice 2,500 liters, for a kilo of chicken 4,300 liters, for a kilo of pork 5,990 liters and for a kilo of beef well 15,500 liters of water.
In addition, in the case of meat, in addition to the direct consumption of water to quench the thirst of the animals, it is necessary to consider the amount of water necessary to grow the food the animals eat, that is, soy, fodder and cereals. To this we must then add the water that is used for the disposal of the enormous amount of manure produced, and finally that which is wasted because it is polluted by the fertilizers and pesticides used.
We are thus endangering the entire planet and our lives, in fact, as mentioned, it is not only the way we consume food but also the way we produce it. The agricultural sector contributes almost 1/3 to greenhouse gas emissions, also posing problems for the future. According to official data, food is the human activity that contributes most to climate change (31%), overcoming the heating of buildings (23.6%) and means of transport (18.5%).
This issue has led FAO to estimate that if we do not reverse and modify the system, the food needs forecast for 2050 would require a 70% increase in agricultural production. Still, 3/5 of that necessary increase in food production could be covered by simply stopping wasting food! To date, in fact, post-harvest losses amount to 14% of total agricultural production, while another 15% is lost in the distribution phase and in the form of domestic waste.
Furthermore, to save the limited but indispensable water resource, it is essential to decrease the consumption of animal food, favoring the direct consumption of vegetables (cereals, legumes, vegetables, fruit): as a single action to be performed it is the most powerful ever and, above all, to promote short supply chains, the seasonality of agricultural products, eliminating, where possible, greenhouse production which contributes significantly to greenhouse gas emissions and promoting globally agro-ecological and food sovereignty models.