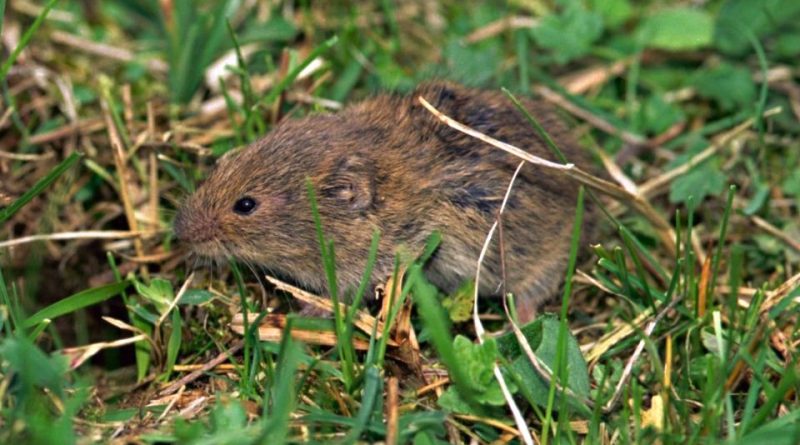 The common vole (Microtus arvalis Pallas, 1778) is a rodent belonging to the Cricetidae family.

Geographical Distribution and Habitat –
The common vole is a present rodent, with its 16 subspecies, especially in central Europe (it is absent in England) and in part of Asia.
In Italy it is widespread in the northern regions.
Its habitat is represented by the grassy areas of the plain, in the presence of deep and non-rocky soils, also anthropized, provided that they are not worked too frequently. 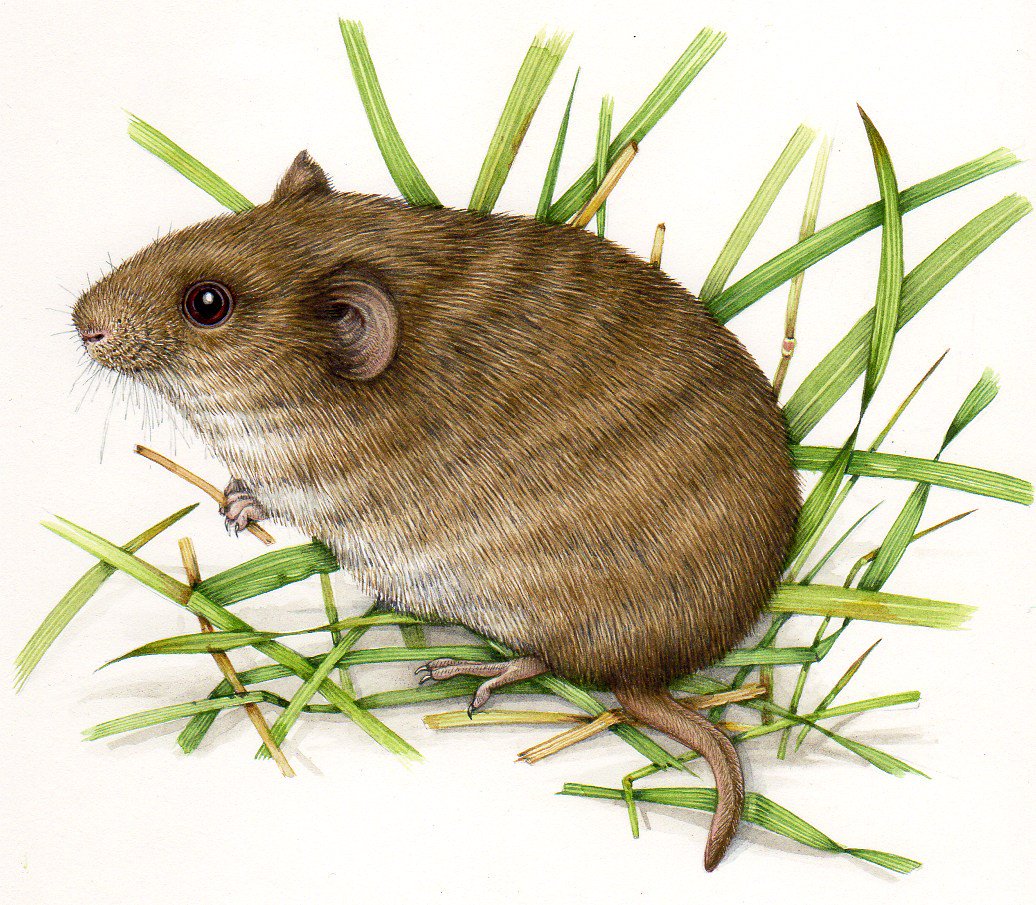 Description –
Microtus arvalis is a small mammal with not obvious sexual dimorphism, weighing 18-46 grams, with a head-body length of 8-12.5 cm; the tail measures 2-4.5 cm and the ears are 0.9-1.2 mm
The coat has a short hair, gray-brown / gray-yellowish in the upper part above (the young are darker) and gray or brownish in the lower part.
The snout is short and rounded, the ears have a rounded shape and protrude from the hair; the eyes are small and dark.
The back legs have 6 planar bearings.
It has a short tail, somewhat uniform in color and a number of breasts equal to 8.
This small mammal is very similar to the Microtus agrestis, from which it differs for the largest auricle, which protrudes from the fur and, on closer examination, due to differences in the constitution of the skull and in the dentition (different shape of the second molar) .
The verses of this small rodent are represented by squeaks, hisses, squeaks and mumbles.

Biology –
The common vole reaches sexual maturity very early, which is possible for females as early as about 12 days after birth, and for males at 28.
Their mating can take place at any time of the year and gestation lasts from 19 to 21 days.
During the year it is possible to have from 3 to 6 parts, up to a maximum of 15, each with 4-8 small ones, in nests that the animal mostly carries out underground. The nests are on average between 40 and 60 cm deep, stuffed with dry grass and fur. In these rooms, especially from April to October, the females practically give birth and are again fertilized by the males continuously, thus being able to successfully wean up to 200 puppies each per season.

Ecological Role –
The common vole is an animal that loves warm and dry soils, where it digs very extensive tunnel systems even in depth (over half a meter).
It is interesting to know that, although it can reach very high population densities in particularly favorable years, the galleries of the various burrows never communicate with those of other specimens. Outside the burrows, the animal usually follows the same paths, which can be shared with other animals, creating real roads over time.
In winter this rodent often takes refuge in barns and stables, in cellars and in homes. The animals that remain outdoors, to find food, dig tunnels under the snow, which they often reinforce with herbs and moss.
It has a vegetarian diet, consisting of herbs, in winter also seeds, roots, bark of shrubs and trees; if present in large numbers, they can become a scourge for crops.