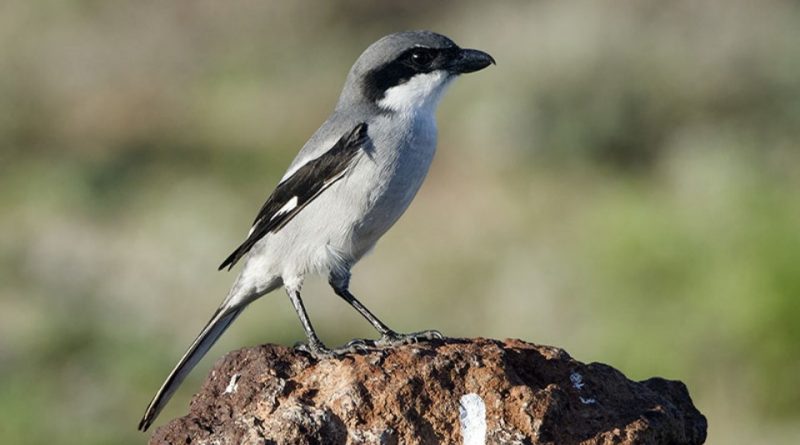 The great grey shrike (Lanius excubitor, Linnaeus 1758) is a bird belonging to the Laniidae family.

Systematics –
From the systematic point of view it belongs to the Eukaryota Domain, Animalia Kingdom, Phylum Chordata, Subphylum Vertebrata, Aves Class, Passeriformes Order, Laniidae Family and therefore to the Genus Lanius and to the L. excubitor Species.
Ten subspecies are recognized within this species.

Geographical Distribution and Habitat –
Great grey shrike is a passerine that nests in the northernmost areas of Europe, and then winters in the southernmost countries, including Italy, and northern Africa.
The subspecies excubitor excubitor lives in central and northern Europe, and in the territories of the former Soviet Union, where however the homeyeri subspecies is also widespread.
Habitat of this bird is very similar to that of the other birds, so it lives in agricultural environments and close to the bush. 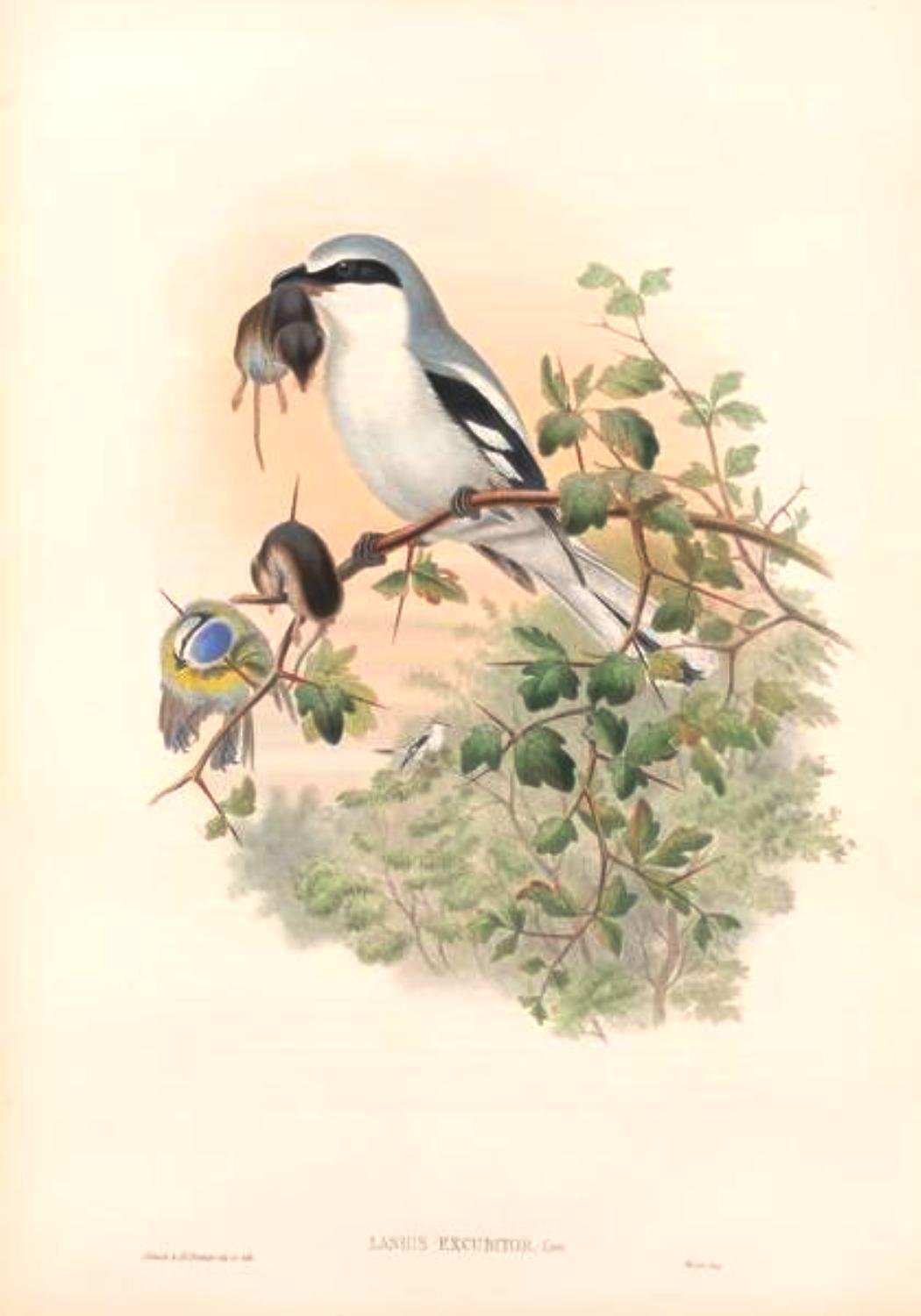 Description –
Lanius excubitor is a bird with a length of about 24 cm and a wingspan of 35-37 cm for a weight of about 55 grams.
It is a species without sexual dimorphism whereby the male and the female are indistinguishable and exhibit a livery based on a white, gray and black color.
The head and the back are gray, the throat and the lower parts are white, sometimes with slightly pink shades; the wings are black with some white bands that are bounded with respect to the gray back by a clear “shoulder pad”.
Characteristic is the “mask”, which is a striking black band that starts from the beak, crosses the eye and extends almost to the nape of the neck. The tail is black with a white border. Legs and beak are blackish. The beak markedly resembles that of the birds of prey.
The young individuals are similar to adults, but they are more faded and have barred lower parts of light brown and a lighter beak tending to dark yellow with a black tip.

Biology –
The older couple builds a rather massive nest, made of twigs, grass and moss, in which the female lays 4 to 7 eggs; these hatch after 16 days.
The weaning of the babies lasts about three weeks.

Ecological Role –
The great grey shrike lives mainly in the areas characterized by the presence of shrubs and trees, alone or in small groups, in swamps, moors, areas with park vegetation or cultivated areas and orchards, although it tends to avoid the proximity of human settlements and, in Italy, the location of the few ringing sites indicates a distribution centered in the north-eastern area.
Great grey shrike is a solitary species with a behavior similar to that of birds of prey; for hunting use for example gliding or launching from a perch (top of a bush, pole or light wires).
Its diet is based on large insects (including Pentodon bidens punctatus), small birds, small rodents and some small reptiles. When the prey abounds it is usual to impale in thorns, to then go and take them when necessary.
He also does not hesitate to attack even larger species to defend his feeding area. The prey is skewered to be torn to shreds, so that chicks can be nourished little by little in the nest nearby.
Lanius excubitor is a protected species.