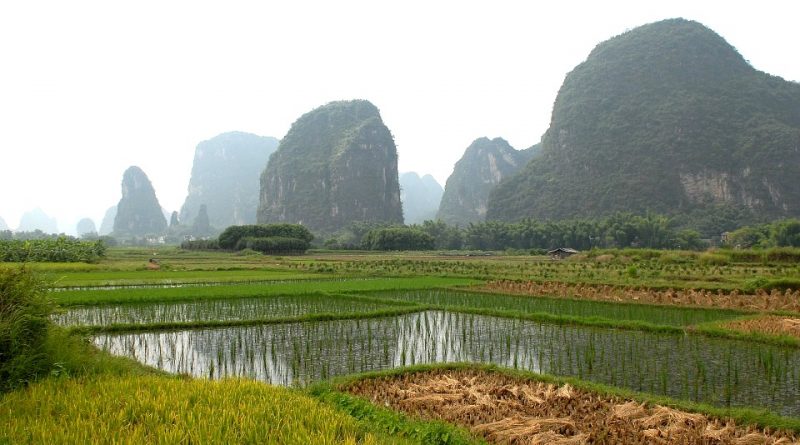 It is evident that the good working of the land allowed an increase in yields but, by itself, it could not completely replace the fertilization of the fields. In the Essential Techniques for the People, the use of crop rotation, green fertilizers (green manure of young plants) and animal manure that was mixed with the plow to the soil before sowing or, if applied later, decomposed into so as not to burn the plants; unlike later Chinese authors, Jia makes no mention of human manure.
It is important to note, moreover, that in the chapter on Jia wheat some passages relating to the practice of covering the seeds are mentioned; this procedure was described in great detail in the Rites of the Zhou (Zhouli or Zhouguan), a Classic that dates back to the time of the earlier Han, where the use of decoctions of bones of different animals (oxen, badgers, foxes and even shrews), depending on the type of soil.
These procedures, in a summary analysis, could appear as typical theories based on the principle of cosmic correspondences, but the recipe taken from the Book of Fan Shengzhi shows that it was a practice actually followed:
“Take horse bones, crush them and boil a bushel three times their weight of water. When they have boiled three times, filter them and throw away the sediment. Then add five aconite inflorescences to the potion. After three or four days, throw away the aconite and add to the decoction an equal amount of silkworm droppings and sheep manure; stir until the mixture takes on the appearance of a soupy jelly. Twenty days before sowing, sprinkle it on the seeds: the mixture must have the consistency of boiled wheat. Whenever the weather is hot and dry, sprinkle the seeds with the mixture and put them in the sun to dry. (Repeat the operation six or seven times before sowing) […] The wheat will not be attacked by locusts or other insects. “(Qimin yaoshu jinshi, 10.11, p. 2)
In this regard it is stressed that aconite, one of the main drugs of the Chinese pharmacopoeia, is a very toxic alkaloid; according to Xu Guangqi (1562-1633) in the complete Treaty of agricultural administration, the farmers of a Sichuan province “cultivated large quantities of aconite, with the sole aim of using it to treat seeds” (Nongzheng quanshu, 6, p . 15r). On the other hand, the practice of covering the seeds with fertilizer mixtures never seems to have spread; Jia simply cites the recipes of other authors, without adding new ones, and the absence of new recipes even in the authors later raised the hypothesis that the sticky surface of the treated seeds made the use of the seeder too difficult.
Instead, it was common practice to mix the seeds with pesticides of mineral or vegetable origin that spread mainly with continuous cultivation. Pesticides and insect-repellent substances are also mentioned in the sections dedicated to the storage of cereals; artemisia or wormwood, a very common aromatic herb, was considered particularly effective and Jia advised to preserve wheat, particularly vulnerable to insect attacks, in baskets intertwined with artemisia stems.

The treaty of Jia is however very complete, from the agronomic point of view, as it deals with the cultivation techniques of a wide range of vegetables and fruit and timber trees, including mulberries for sericulture, and includes a chapter on silkworms from silk. Unlike the later Agronomy Classics, however, textile production is relegated to the margins of the work, among the technical insights or discussions in home economics; although in this period all the households produced the fabrics necessary for domestic needs and to pay taxes at home, Jia, unlike some later authors, does not seem to consider plowing and weaving as two conceptually inseparable activities.
Another important difference between the treaty of Jia and the subsequent works of agronomy is the importance that was given to breeding and domestic industries, so much so that later, details on food preparation or on other domestic industries did not they were more included in the agricultural books, but they found a place, alongside the discussions on diets, in the domestic sections of popular encyclopedias.
Perhaps the most anomalous aspect of the essential techniques for the people is the importance attributed to breeding and dairy products. Since a very ancient age, perhaps due to the high population density, the custom of reserving almost all the land available for the cultivation of cereals had become common in China; pigs and poultry were reared in the courtyards, while the ducks swam in the rice fields and the few indispensable draft animals grazed tethered at the edge of the property.
Instead, in the period between the Han and the Tang, on the contrary, the agricultural fiefdoms possessed a high number of head of cattle (Jia speaks of a flock of 200 sheep), which also included mules, donkeys and oxen that were mostly used as draft animals. Horse breeding was also widespread, which were used by elite members for travel, leisure or military purposes. In this period we also witness the spread of milk consumption, following the repeated invasions of the northern regions of China by the populations of central Asian farming; at the time Jia wrote her book, Wei had ruled North China for over a century, and foods made from sheep’s or cow’s milk were very common.
To underline how Jia describes the preparation of many products completely disappeared from the Chinese diet under the successive dynasties, among which different types of yogurt, smoked cheese, clarified butter, Tibetan mixtures of dried and powdered wheat, dried fruit and dairy products. The popularity of dairy products, among the inhabitants of the northern regions, continued even into the Tang period and beyond, due to the persistent instability of the political and cultural boundaries between the nomad world and China, and thanks to the fact that the first invaders, unlike the Mongols and Manchus, they did not try to maintain their ethnic purity but hastened to mix with the Chinese elites.
Moreover, even if in his preface Jia apologizes for the simplicity of the style with which he wrote, this clear and functional language, used by him, then became a specific feature of agronomic texts. In this form of writing the technical terms naturally play a crucial role; to underline, then, that in the Essential Techniques for the People the unusual names of the tools, of the processing techniques, and so on, are glossed or defined, with the indication of the pronunciation, the first time they appear in the text.