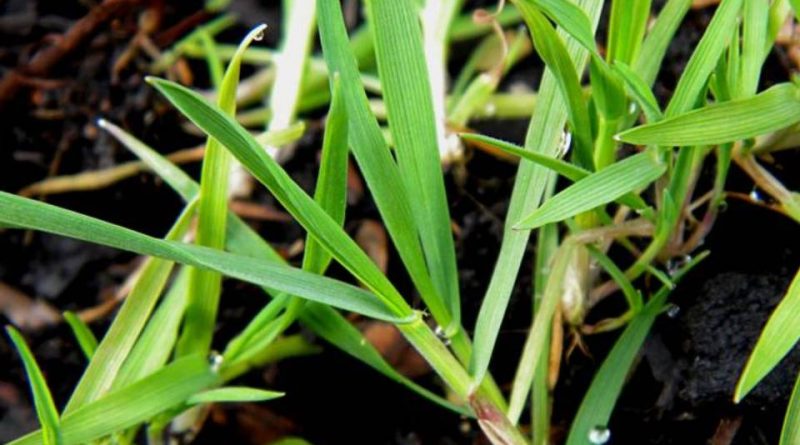 The Tall fescue (Festuca arundinacea Schreb.) is a herbaceous species belonging to the Poaceae family.

Systematics –
From the systematic point of view it belongs to the Eukaryota Domain, United Plantae, Magnoliophyta Division, Liliopsida Class, Poales Order, Poaceae Family and therefore to the Genus Festuca and the F. arundinacea Species.
The terms are synonymous: Festuca elatior L. and Festuca littoralis Wahlnb.

Geographical Distribution and Habitat –
The Festuca arundinacea is a gramineae of uncertain origin as it is found spontaneously in a vast range between Europe, Asia and North Africa.
This species was introduced in culture in northern and southern America, then in Europe and, more recently, also in Italy. 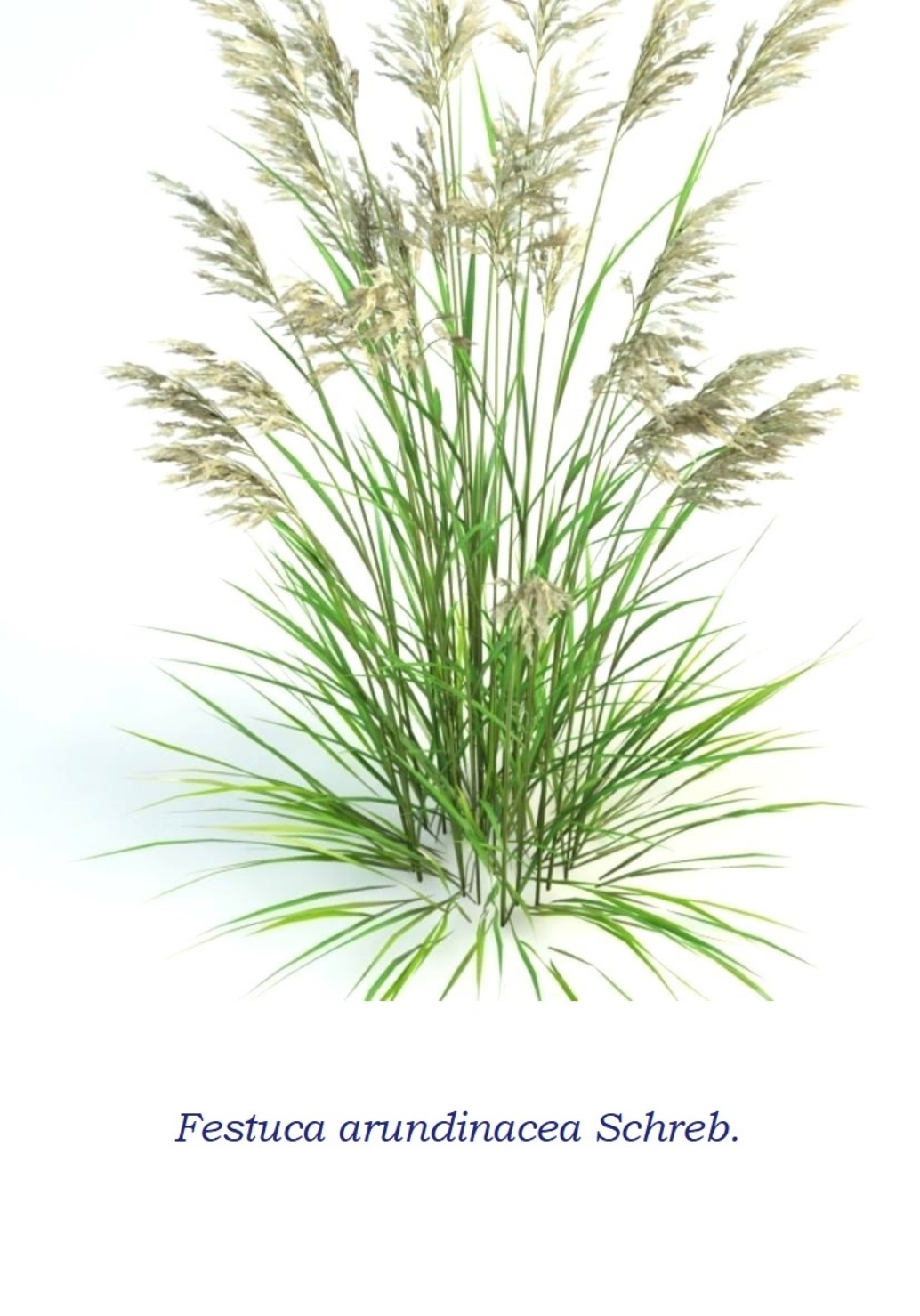 Description –
The Festuca arundinacea is a cespitose herbaceous species that can reach a size of 80-170 cm.
It has a very deep root system with rare and short rhizomes and no stolons. The stems are erect, with leaf flanks rather flattened, narrow and lanceolate in shape with a rigid bearing and rough to the touch due to the presence of siliceous scales, with accentuated median veins, short ligules, strong and denticulate ligules.
The inflorescence is a panniculus equipped with spikelets with 3-10 flowers; the seeds are rather small (the weight of 1,000 seeds is 2.5 g) with a circular section rachis.

Cultivation –
This grass has a high rusticity that makes it interesting in all environments. It is in fact a species that adapts very well to cold, drought and all soils, including marshy ones, provided they are not too shallow. It is certainly among the most productive grasses and also among the longest ones, being able to provide good yields for about 6-10 years. It is the most suitable species for the Italian climate and prefers fertile soils, with a pH of 6 – 6.5.
The negative aspects are instead linked to the slow establishment, which can make the first year almost unproductive and to the scarce attractiveness of the forage which, despite having a good chemical composition, is often refused by the cattle beyond the earing stage. The planting and use of this grass therefore constitute two rather delicate problems.
For this reason, also due to the high size and the rapid growth, the Festuca arundinacea is more suitable for mowing than for grazing, which can be carried out only if conducted rationally. Early species, but with a fan among the cultivars of about three weeks, Festuca arundinacea can be used in pure culture or in consociation with alfalfa or white clover or, in marginal environments, it can be part of polyphite mixtures.

Uses and Traditions –
Tall fescue is a microthermal species that is widely used in the construction of lawns as it tolerates heat, drought and shade. Moreover it remains green all year round and resists many diseases, bears wear very well and is very persistent even in case of poor maintenance.
In the agronomic field it is of considerable importance for the production of hay, as it is a fast-drying species. This species is being genetically worked to improve its palatability and elasticity of use. The varieties available today can be divided into two groups: the continental type, obtained mainly in North America and France and vegetating in spring-summer; and those of the Mediterranean type, of North African origin and of winter use. The Italian Registry includes 26 varieties. In addition to the Italian cultivars “Penna”, “Celone”, “Erika”, “Magno”, “Sibilla” and “Tanit” (this last of Mediterranean type), the French variety “Ondine”, the Danish “Finelawn” are to be mentioned. and the US “Carol” and “Safari”.
However, this species has a drawback in that cattle fed for at least two weeks with this essence, if contaminated by the mycotoxins produced by the fungus Acremonium coenophalium, can bring up the Fescue foot syndrome characterized by dry gangrene preceded by alopecia and cyanosis in the extremities (limbs, auricles, scrotum, tail).
These processes seem to be due to slow and prolonged peripheral vasodilation complicated by secondary infections. The necrotic phenomena extend over time to the base of the tail and in the auricular regions, and become more complicated with motor ataxia, staggering gait, convulsions that can end with the death of the animals.

Preparation Mode –
The Festuca arundinacea is a species that essentially finds two uses: one for the feeding of the cattle and the other for the predisposition of the grassy mantles of sport fields, even if often in mixture with other grasses.
There are no other uses in the field of human nutrition or pharmaceutical use.