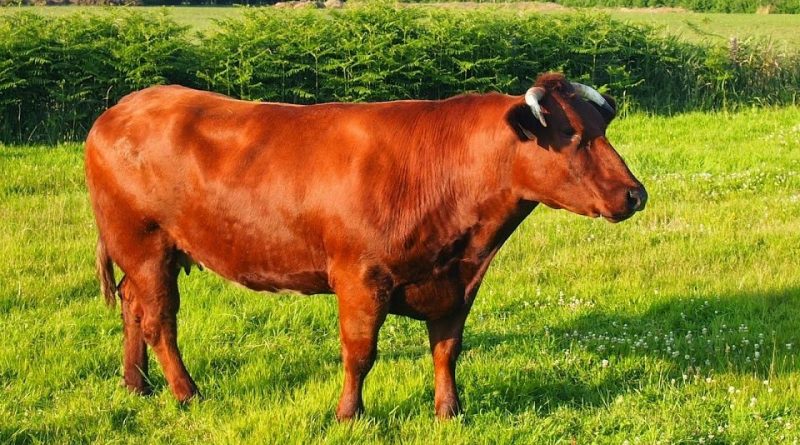 The Belgian Red is a bovine breed (Bos taurus Linnaeus, 1758), dual-purpose, originating from Belgium where it is bred.

Geographical and area distribution –
The Belgian Red (local name Rouge de Belgique), also known as Rood ras van België, is originally from Belgium, where it is bred. This breed is currently one of the rarest breeds in the world, with less than 100 cows remaining in the year 2001.

Origins and History –
The Belgian Red was initially developed following the crossing of local cattle breeds, breeds that were endangered during the First World War. This was due to the fact that the pastures had decreased due to the use of these areas as areas of war events for which the populations were decimated. This circumstance led to the development of a new local race, which was eventually named the Belgian Red . The first genealogical book of the Belgian Red was established later in 1920. The breed still remains popular in its native regions, constituting 7% of the Belgian national herds.

Morphology –
The Belgian red breed is characterized by a uniform red coat, although variations can be found with white spots on different parts of the body.
These are animals with medium-sized elongated builds – large and heavy and with the presence of horns.
Adult females have a weight of 700-750 kg and a height of 135-140 cm., Adult bulls can even reach a weight of 1,200 kg.

Production aptitude –
The Belgian Red is a dual-purpose breed (milk and meat) with a prevalence for milk production. Cows are excellent milk producers, with an average 5,000 kg of milk per lactation and with excellent quality milk, with a percentage of proteins of 3.43 and an average fat content of 4.27%.
It also presents excellent increases in meat.
Because of their large size, they adapt very well to beef production and in addition to their use for meat and milk production can be used as work animals.
In general it is therefore a very robust breed, well adapted to its habitat and cows are excellent mothers.