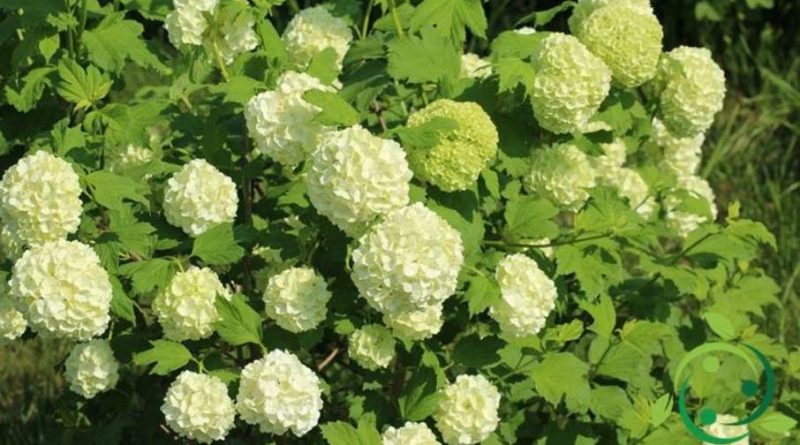 How to cultivate the Viburnum

The Viburnum is part of a genus of plants (Viburnum L., 1753) belonging to the Caprifoliaceae family that originate in various parts of the world Europe, America and Asia.
The Viburnum is also known as the snowball due to the shape of its flower clusters, and is a decorative shrub cultivated for ornamental purposes, both in pots and in gardens also as delimiting hedges. Among the most known species we remember: Viburnum opulus, Viburnum rhitidophyllum, Viburnum macrocephalum, Viburnum betulifolium, Viburnum tomentosum, Viburnum davidii, Viburnum lantana.
This kind of plants, shrubby, are characterized by a very slow growth and reach a maximum height between 3 and 4 meters.
The Viburnum is characterized by erect and variously branched stems, with oval or lanceolate, smooth or wrinkled leaves that are deep green.
The flowers are gathered in perfumed inflorescences of white, white – cream, pink and violet depending on the species.
The fruits are ornamental berries that at full maturity take on a color that can range from blue to blackish.
In this card we will see how to grow Viburnum following the agronomic tricks and the most appropriate techniques.
For the choice of the area where to plant or insert the Viburnum it is to be taken into account that this plant prefers sunny places, even if it tolerates well those semi-shadowed but sheltered from the winds. It is a plant that endures the cold.
The soil must be clayey, moist but perfectly draining. As for water supplies, generally the Viburnum is a plant that can live using the humidity generated by rainwater; nevertheless, in periods of prolonged drought, abundant watering can also be necessary.

Before the plant and then, at least once a year (at the end of the winter period) it is good to integrate the content of soil organic matter (except that these are not in themselves very organic) with mature manure, or other organic substance , to be placed in the planting hole or, for the following years, to be mixed with the first layers of soil.
As far as the multiplication is concerned, the Viburnum can be propagated both by seed and by semi-woody or woody cutting and also by layering.
If you want to proceed with the multiplication by cuttings, remember to take them from the mother plant in the spring period, after which they must be rooted in peat and sand mixed soil (kept moist) until the roots are completely formed. To these portions of twig only two leaves must be left and the rooting will be highlighted by the beginning of the enlargement of the buds and by the opening of the first leaves.
Once the rooting has taken place, the new plants singly re-stick into containers until they become well formed. Finally, the technique of pruning and governing these shrubs. The Viburnum requires little pruning and in any case immediately after flowering. In general, the dry branches should be cut, the inner branches should be trimmed to encourage ventilation. Furthermore, pruning can play the role of shaping the plant if the goal is to form hedges with regular cuts. Remember, however, periodically (at least every two years) to thin out these slightly to avoid the increase especially of insect and mite infestations.
The viburnum fears in fact the attack of mites like the red spider mite, especially in periods of great heat and rarely suffers the attack of fungal diseases.