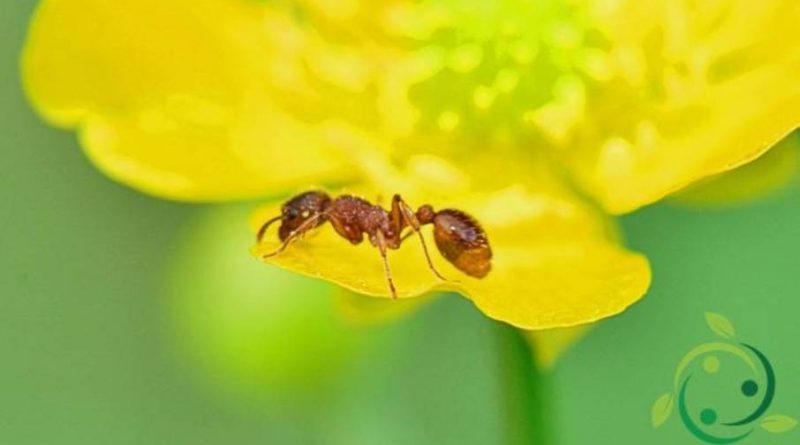 Ecological role of the Ants

The ants belong to the vast family Formicidae (Latreille, 1809) and are hymenopterous insects. They play a fundamental ecological role and their disappearance from agricultural ecosystems (due to the use of insecticides, herbicides, etc.) often brings down the productivity of agricultural plants. According to a study by the Commonwealth Scientific and Industrial Research Organization (CSIRO) and the University of Sydney, in an article published in Nature Communication, ants and termites, digging tunnels in the soil and carrying out other microbiological functions, would increase the yield in wheat crops 36%.
Moreover, the fight with indiscriminate chemicals leads to significant imbalances even among the terrestrial insects populations with imbalances between their proportions and disappearance or worsening of some (a real invisible underground ecological disaster). The defenders of the various pesticides, herbicides and other allies never look at the complex systems of the ecosystem on which they act, citing stupid answers about the non-dangerousness of these active ingredients. It is such a short-sighted scientific vision that even medieval men would be horrified.

Ants are fundamental for all subaerial (ie terrestrial) ecosystems, except for polar ones where there are no indigenous species and their percentage decreases as one moves away from the equator. The ants are the most important soil mixing agent, bringing the leached nutrients back to the surface with their excavations and thus maintaining the fertile soil. But their role does not stop there of course; they are also the main predators of other insects and spiders, especially insects harmful to plants and are essential for the health of Coniferous woods such as those found on our Alps. Other species can have a direct impact on plants, such as the ” American “tagliata”, which form very large colonies, even two or three million specimens, which constitute a real assembly line. Some workers come out of the nest and cut the leaves of the trees in the surroundings, which then lead into specially excavated rooms. There, various groups of specialized workers process them so as to make them a suitable substrate for the cultivation of the fungus of which the ants will then feed. In practice they are able to grow their own food, just like us. Other species are able to select the herbaceous species that grow around their nest in order to have a prevalence of those that produce the seeds they feed on. Other species of ants are real breeders. Another impact on the plants concerns the parasites, in fact in addition to the species that prey them there are also some that take care of them. This is the case, for example, of aphids (the “plant lice”) that are reared by some species of the Lasius and Crematogaster genera as if they were real cattle. Sometimes the symbiosis relationship is so tight that some ant species also keep aphid eggs in their nest, along with their own. It is the only known case of breeding in the animal world, after our species of course. In other cases the symbiotic relationship is close directly with the plant that hosts them and in return the ants provide protection to the plant from predators, which keep away with their bites and poisonous bites that can make even large herbivores like a giraffe desist.
The modern farmer, often no longer experiencing the experience of the countryside, the observation of the phenomena and the patience to understand them, obscured only by his income target is heavily tampering with all ecosystems without understanding that if biodiversity services decrease, it is precisely humanity to become culturally and economically impoverished.