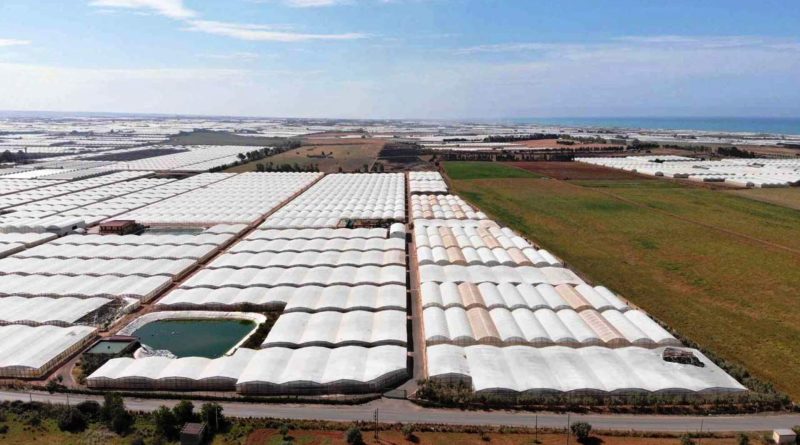 Plastics between agriculture and oceans

According to the report of the OECD (Organization for Economic Cooperation and Development) of 2019, the annual production of plastic, worldwide, has doubled, from 234 million tons in 2000 to 460 million today. Likewise, the production of waste increased – more than doubled – reaching 353 million tons.
For this reason, the European Court of Auditors – in the dossier “EU action to tackle the problem of plastic waste” feared the impossibility of achieving the recycling targets defined for packaging and plastic waste, also linked to insufficient recycling and implementation of circular economy criteria.
In this sense, plastic packaging dominates the packaging market and represents the first source of “post-consumer plastic waste collected through the relevant flows” (61%). Their recycling rate at European level, 41%, is drastically lower than that of any other packaging material: paper and cardboard (83%), metal (76%), glass (73%). And this is how European citizens produce on average 32 kg / year per capita of plastic waste. Which end up in landfills and waste-to-energy plants, as well as being dispersed in the environment and, therefore, in the seas around the world.
The use of agro-plastics, that is the plastic used in agriculture, contributes disproportionately and recklessly to this uneasy scenario, as we will also say later. Consider that in 2017 in the EU agricultural sector at least 1.7 million tons of plastic were used. In descending order, the main applications are:
– films for silage, greenhouses and tunnels;
– plastic film for mulching;
– irrigation pipes;
– nets and ropes.
Plastics Europe (European trade association with various locations) reports that in 2014 42% of plastic waste for agricultural use would have been disposed of in landfills, 30% burnt for energy and 28% recycled. But the news does not seem credible and the European Court of Auditors itself recognizes the probability “that part of the plastic is abandoned in the fields or is illegally burned”.
This legitimate doubt is certified by the considerable findings, by the specialized police forces, especially in the greenhouse areas and production under tunnels, of large buried quantities of plastics or illegal burns during a few hours or periods of the year.
Furthermore, agro-plastics are one of the most serious problems to be faced, taking into account the immediate dispersion of its residues in the soils and waters. Furthermore, the research, development and use of alternative materials such as 100% biodegradable bioplastics, possibly derived from plant cuttings and by-products of agricultural processing, is still insufficient.
And the OECD data tell us that it is necessary, in any case, to reverse the growing trend of plastic production, also in light of its significant contribution to greenhouse gas emissions and the climate emergency.
Another concern is added to this concern, which is even more worrying. In fact, the progressive acidification process of the oceans may not be determined only by the increase in atmospheric CO2.
A Spanish study, conducted by the Institut de Ciències del Mar (ICM-CSIC) in Barcelona and recently published in Science of the Total Environment, established a relationship between the drop in pH and one of the most pervasive environmental problems of the last century. : plastic pollution in the sea.
This study showed that in ocean surface areas highly polluted by plastic, the degradation of this waste will lead to a decrease of up to 0.5 pH units. Value comparable to the drop in pH estimated in the worst anthropogenic emissions scenarios for the end of the 21st century. 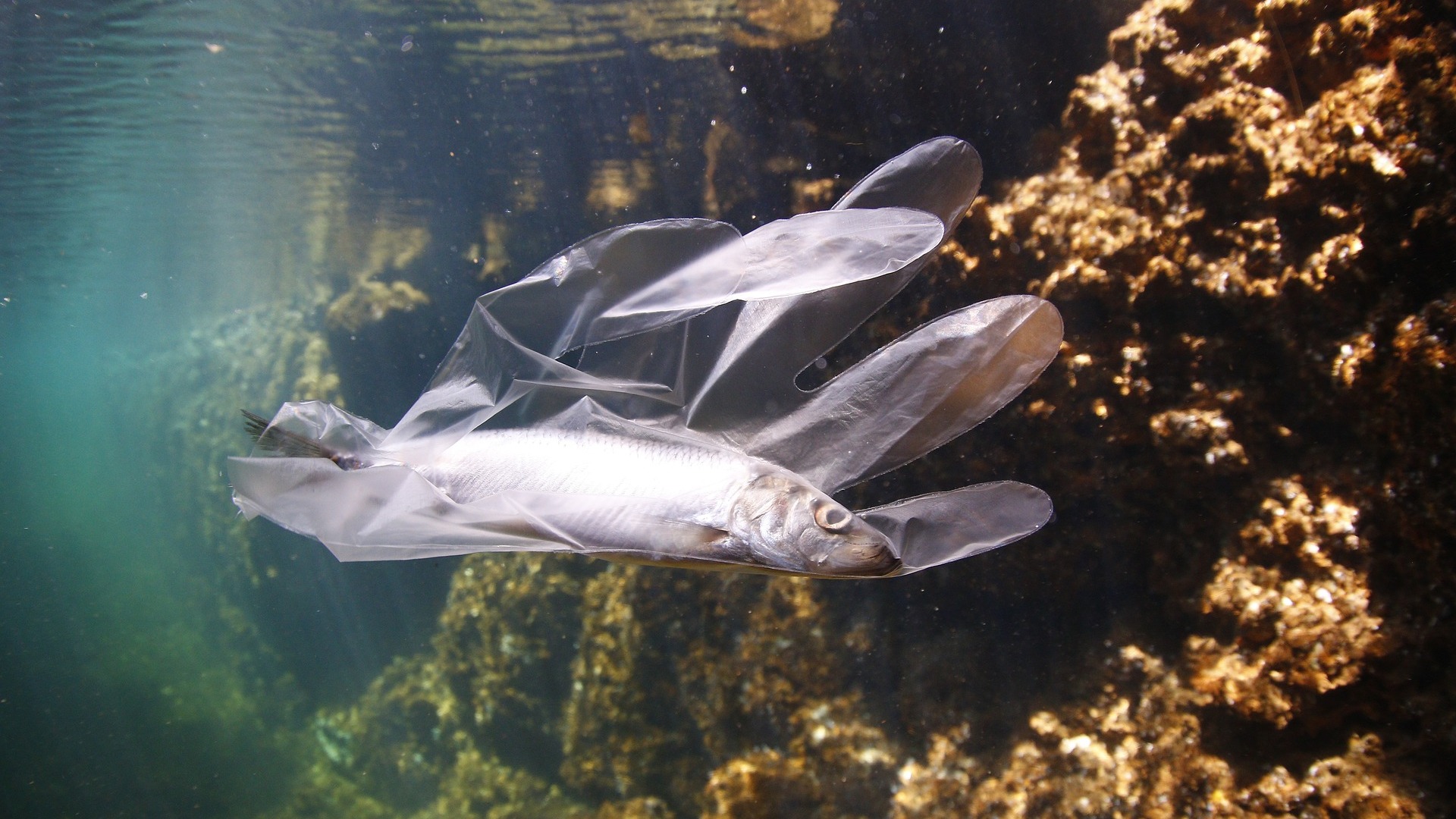 The relationship between plastic pollution and ocean acidification assigns a fundamental role to sunlight. Ultraviolet rays, in fact, have a degrading and aging effect on plastics by helping them break down into small pieces, producing the so-called microplastics.
Furthermore, the more polymers undergo this treatment, the greater the degree of degradation they reach. During this process there is a progressive increase in the release of a series of chemical compounds in the water, which alter its pH. These are not always substances that derive directly from the virgin polymer. Sometimes, in fact, additives are released that have been added to improve color, resistance or other characteristics.
What is certain is that during this process there is a release of CO2 deriving directly from the plastic or being a product of the reactions that sunlight triggers in the organic compounds released by this material. Carbon dioxide, in turn, alters the pH of the water.
Furthermore, the researchers involved in the study, analyzing the pH of the water and the dissolved organic carbon, found that after only six days of exposure the plastic had released large quantities of organic compounds and the pH of the water had significantly changed; the phenomenon was not repeated in such a structural way in the experiments with more “recent” plastic.
This scenario obviously requires a decisive and unlikely intervention both in the way of producing food and distributing it.
In this sense, the report of the PEI-AGRI Focus Group has unquestionably sanctioned that it is necessary to “Reduce the plastic footprint of agriculture”. Focus Group experts discussed how to reduce the plastic footprint in agriculture. They discussed existing solutions to reduce the use of plastics, avoid debris with biodegradable plastics, limit microplastic contamination, collect waste efficiently, and recycle plastics.
Both at European level and in the various member countries (to stay at home) a firm and clear stance is needed, both in the production sector, discouraging the productions that use plastics (greenhouses, tunnels, mulches, etc.) , both in the packaging / distribution phase.
In Italy, on 14 January 2022, Legislative Decree 8 November 2021, n. 196, which implements Directive (EU) 2019/904, of the European Parliament and of the Council of 5 June 2019 on the reduction of the incidence of certain plastic products on the environment.
It is too little, a directive and a few legislative decrees are not enough to resolve the issue; it’s like trying to stop an avalanche with the strength of your hands.
On the one hand, a courageous policy of disincentive / incentive for production that uses plastics is needed, both for the industrial sector (those who produce them) and in the agricultural sector (those who use them); a concrete program is needed, which could use the PNRR (among other tools) to make the entire sector transit, with prizes for abandonment and conversion.
The usual story that the lack of protected productions or that make use of plastics can drag entire sectors into discomfort no longer hold up. Today there are the tools to bring about a decisive conversion, helping for a suitable period those who will have to abandon this way of producing and encouraging conversion programs for those who deem it appropriate.
The same consideration and measures must be taken along the entire packaging / packaging / distribution chain, as well as certain eating habits, because the alternative is not the economy of any sector of the system but the entire survival of mankind.
At this point, the ball is not just about politics, it is the most comfortable alibi that citizens, often behind a keyboard, manifest; a common awareness is needed which must see us as actors in proposals, actions and directions for change.