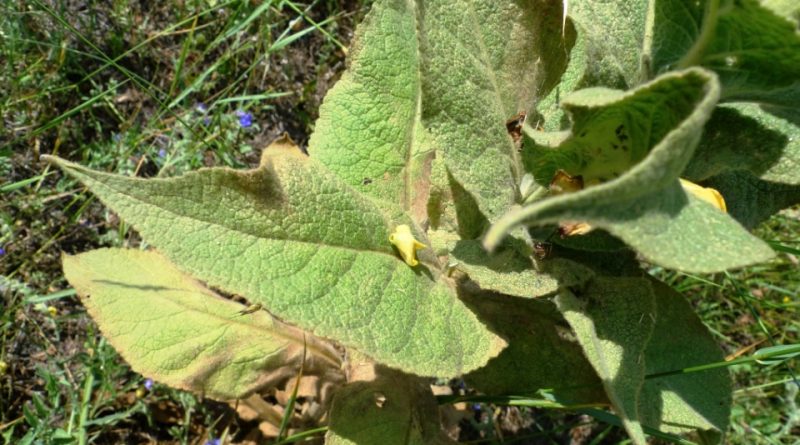 Etymology –
The term Verbascum comes from verbascum, a plant cited by Pliny who approaches it to Gr. phlomis and enumerates three species, variously identified (Verbascum album, perhaps Verbascum thapsus; Verbascum nigrum or foemina, perhaps Verbascum nigrum; Verbascum silvestre, perhaps Phlomis fruticosa or Verbascum blattaria). It is a much discussed etymology: it has been linked to beard, for hairy leaves, verber rod, virile member verpa, verbum word, magic formula; none of these explanations are satisfactory. The majority of authors, on the basis of the suffix -asco, think of a Ligurian loan, therefore of a pre-Indo-European origin; Wiczak instead approaches it to the name of the mullein in various Iranian languages ​​of Pamir žirmesk, yermesk, ramesk, which he traces back to an ancient Iranian * gari-masca-, equivalent to the ancient Latin * ver-mascum, with the passage to verbascum due of the connection by popular etymology to verbum. While the second part remains unexplained, the first part should be linked to the proto-Indo-European gwrHi- / gwerHi- mountain.
The specific epithet phlomoides comes from the Greek φλομίς phlomís, name of the taxobarbass in Dioscorides, and from εἶδος eídos appearance: similar to the taxobarbass, from which it is distinguished by the non-decurrent leaves.

Geographic Distribution and Habitat –
Verbascum phlomoides is a plant native to Europe and Asia Minor while it has become invasive in North America.
In Italy it is present in all regions.
Its habitat is that of patchy ruderal vegetation of landfills, road edges, abandoned industrial areas, urban suburbs, on clayey to sandy soils, rich in calcium and nitrogen compounds, arid in summer, from sea level to about 1300 m. 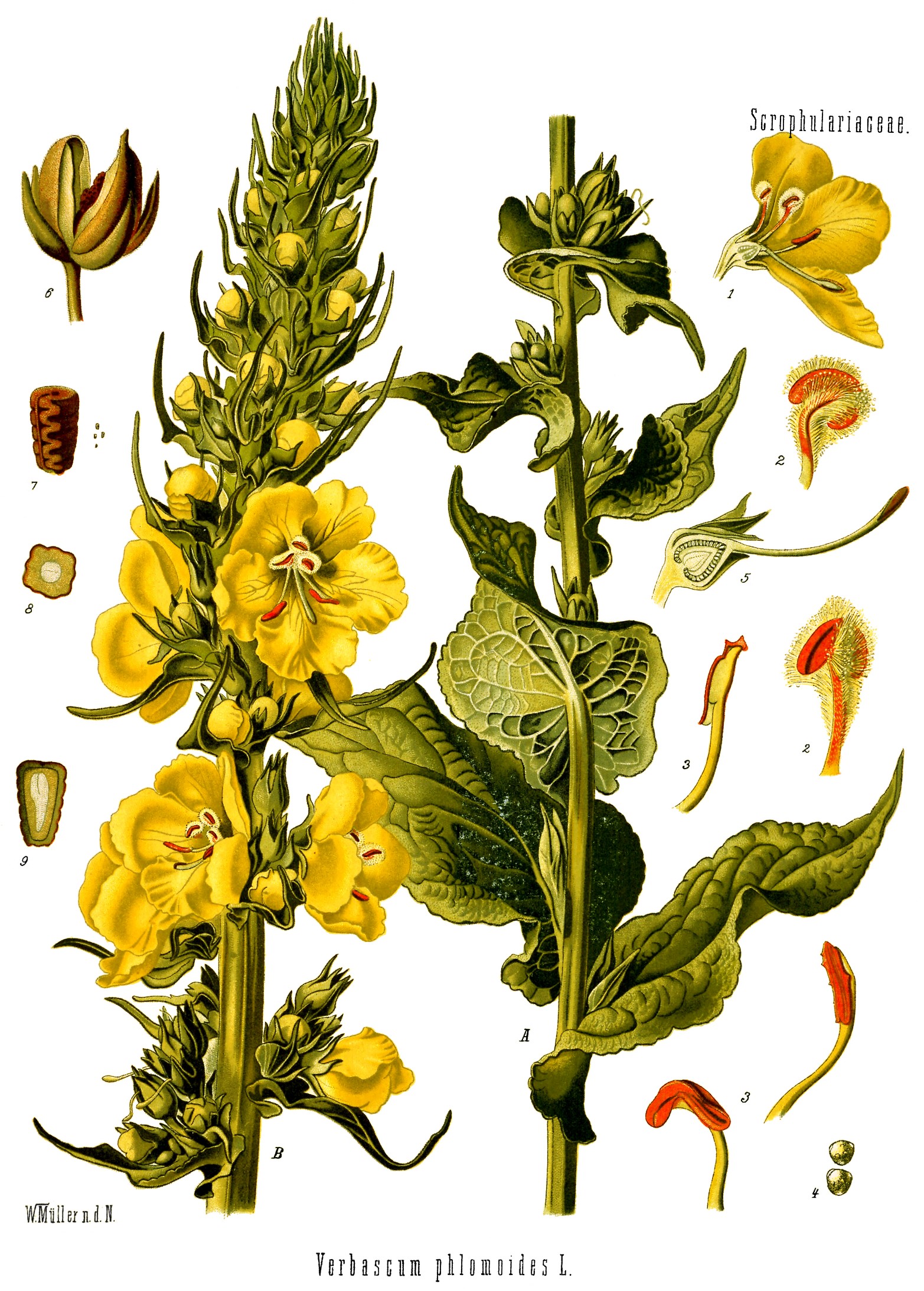 Description –
Verbascum phlomoides is a biennial to short-lived perennial herbaceous plant with a straight stem that grows up to 180 cm in height.
The leaves branch off from a basal rosette and are hairy and gray-green in color.
The flowers, of an intense yellow color, are grouped in a terminal raceme which often bears lateral ramifications.
The antesis is from May to August.
The fruit is a sepicidal, bivalve, ovoid capsule, 5-8 mm, carried by a sub-null peducle, with numerous irregularly sub-cylindrical or sub-conical seeds, 0.6-1 x 0.3-0.5 mm, sulcated-alveolate , brownish.

Cultivation –
Verbascum phlomoides is a biennial or perennial plant that has been used for some time, in its natural state, in local use as a medicine and source of materials.
It is an easy to cultivate plant that succeeds in most soils, provided they are well drained, even dry, and prefers sunny positions while it does not tolerate shady areas and humid soils. From a pedological point of view it also grows well in chalky, light and alkaline soils.
It is a plant that tolerates minimum temperatures down to -15 ° C.
This plant propagates by cuttings in late autumn or early winter while dormant.
You lift the entire clod and wash the roots without soil. Thick roots are selected, for a total of one third of the clod, and cut as close to the crown as possible.
In this way the fibrous lateral roots and the thin end of the root are cut, leaving a section of 5-10 cm in length.
When you cut off the thin end, make an angled cut to remind you in which direction the cut needs to be replanted.
After that, using a drainage compost free of grains, insert the cuttings 4 cm apart with the top of the cut just below the surface of the compost. One cm of fine gravel can be added to this substrate.
After there, the plant must be watered slightly and placed the container in a cool place such as an unheated greenhouse.
The transplant must be carried out the following spring when the young plants begin to vegetate.
Propagation can also take place by seed. The seeds should be harvested in the fall once the seed heads have matured.
Verbascum phlomoides is, among other things, a plant that self-sows easily, however the young seedlings must be moved in early autumn before they develop deep tap roots that do not like to be disturbed. These seedlings may not produce the same flowers as their parents.
Sowing should be done in April or May in open fields or in containers-pots with compost-based substrate.
It is advisable to keep (if grown indoors) the temperature at 15º-18ºC away from direct sunlight. Germination should last from 14 to 30 days.
The transplant must be carried out with earthen bread in the late spring period.
Flower tips can be cut for flower arrangements as needed.

Customs and Traditions –
Verbascum phlomoides is a herb that has long been used for medicinal purposes in folk medicine.
However the plant is toxic, especially in the seeds (saponins).
In its medicine, the seeds are used to expel tapeworms from the body, probably the saponins could cause this exterminating effect but they should be used with caution as mentioned above.
The plant is used as a remedy for respiratory phlegm and as a diuretic.
The flowers and leaves are anodyne, antiseptic, astringent, emollient, emollient, expectorant, pectoral and vulnerary.
The whole plant is used to repel mice and rats.
From an ecological point of view it is an excellent plant for pollinators.

Preparation Method –
With Verbascum phlomoides some infusions are prepared and the plant is harvested when it is in bloom; it must be dried quickly and carefully, otherwise it will lose its medicinal qualities.
An infusion is used internally in the treatment of various respiratory ailments including cough, bronchitis, asthma, and throat irritations.
An infusion of fresh or dried flowers in olive oil is used to treat earaches, sores, wounds, boils, etc.