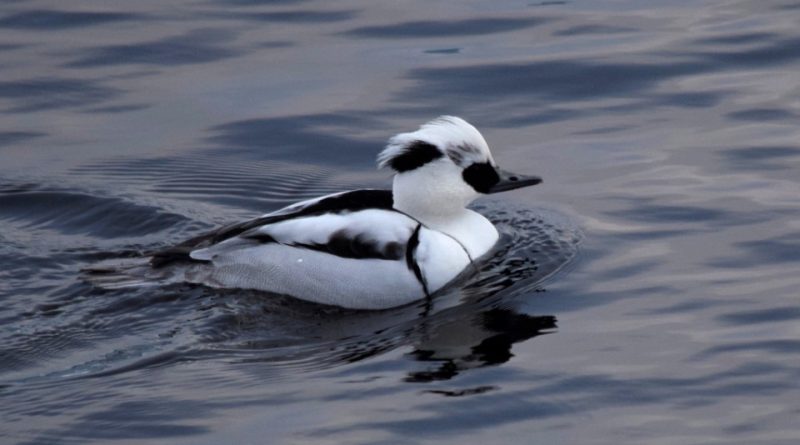 The Smew (Mergellus albellus Linnaeus, 1758) is a bird belonging to the Anatidae family.

Geographic Distribution and Habitat –
The Smew is a small duck that occupies a very large area that extends from Sweden to Finland up to almost the Eastern edge of the continent; migrating leaves its breeding areas and goes to the sheltered coasts or inland lakes of the Black Sea, the Caspian Sea and the Baltic Sea.
This bird also winters in Northern Germany and the Netherlands and a small number also reaches Great Britain.
Its preferential habitat is that near the slow flowing waters where there are tall forests of the Asian, Russian and Scandinavian taiga, and is concentrated in winter in the freshwater marshy areas of Central Eastern Europe. 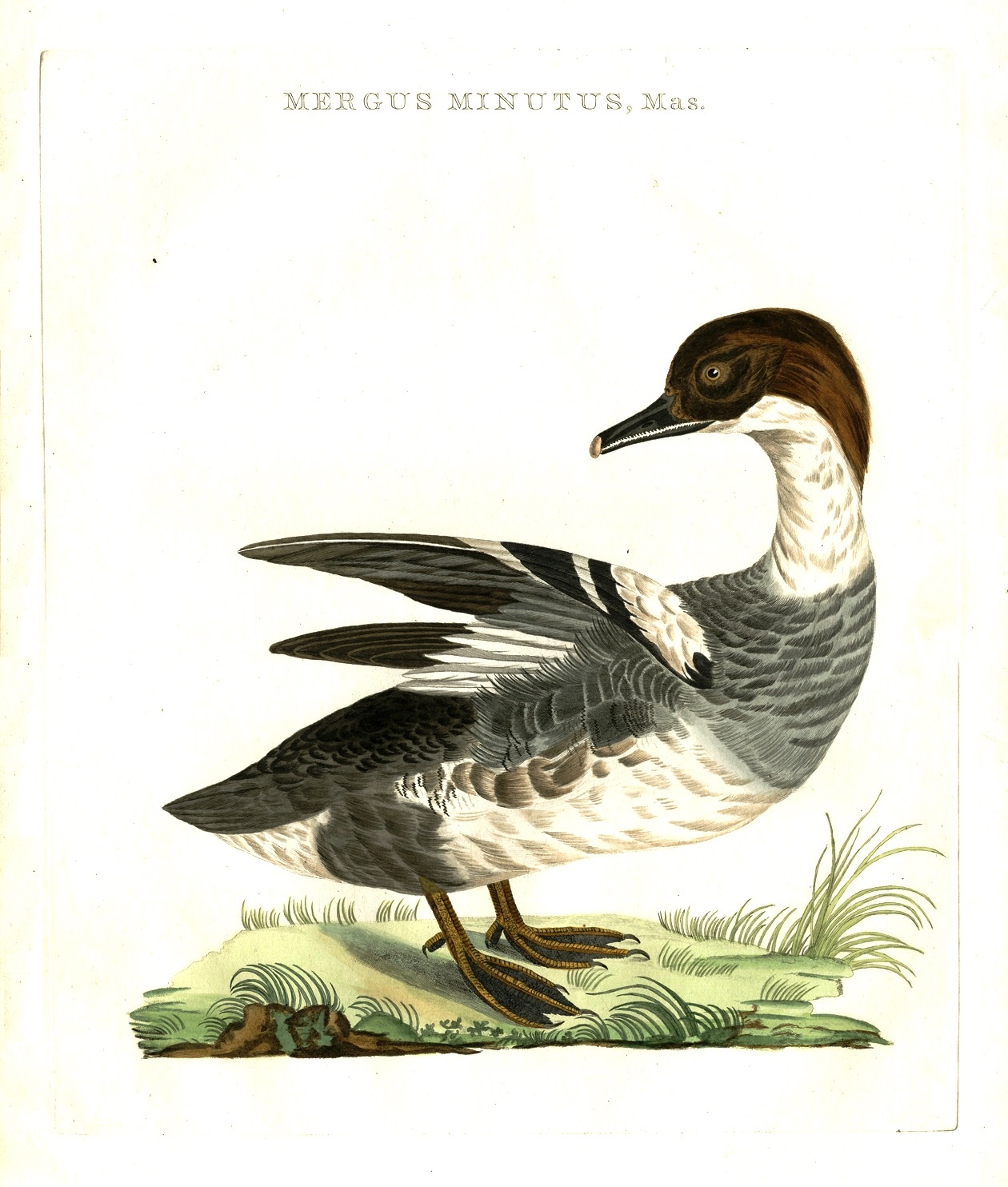 Description –
The Mergellus albellus is a small duck, unique member of the genus Mergellus (Selby, 1840) with a length of about 38-44 cm, a wingspan of 56-69 cm and a weight ranging between 450 and over 650 g.
The male has the so-called “broken ice” aspect, unmistakable; in flight it is recognized very well by its black and white tint.
Immature females and males have a gray livery with a brown forehead and top of the head.
In flight, the oval white spots on the wings can be clearly distinguished.
The beak has a hooked tip and serrated edges, a feature that allows it to easily grab fish when it dives to catch them.

Biology –
Mergellus albellus mates in May and lays 6-9 cream-colored eggs. Nesting takes place in tree hollows, such as old woodpeckers’ nests, in the northern taiga of Europe and in the Palaearctic; the nest is a small depression, covered with the plant material available and with a lot of down.
The eggs hatch after 26-28 days and the young become independent around 60-70 days.
It is a shy bird and if disturbed it flies away easily.

Ecological Role –
Mergellus albellus is a species of duck and is the only living member of the genus Mergellus and hybridizes with Bucephala clangula (Linnaeus, 1758).
Fossils found have shown that birds similar to M. albellus existed up to 13 million years ago. The existing species dates back to the late Pleistocene.
It is a bird that reproduces in the northern taiga of Europe and Asia and needs trees to reproduce, it also lives in slow-flowing lakes and rivers rich in fish. By migrating, it leaves its breeding areas and winters in the sheltered coasts or inland lakes of the Baltic Sea, the Black Sea, Northern Germany and the Netherlands, but a small number also reaches Great Britain, overwintering most of these in the same sites. On lakes it prefers areas around the edges, often under small trees.
It feeds mainly on small fish in winter; in the other seasons, on the other hand, it prefers insects even if in captivity it has become accustomed to other foods and is very fond of flour moths.
Mergellus albellus is one of the species covered by the Agreement on the Conservation of Afro-Eurasian Migratory Waterfowl (AEWA). It is not considered threatened on the IUCN Red List, even though its population is decreasing.