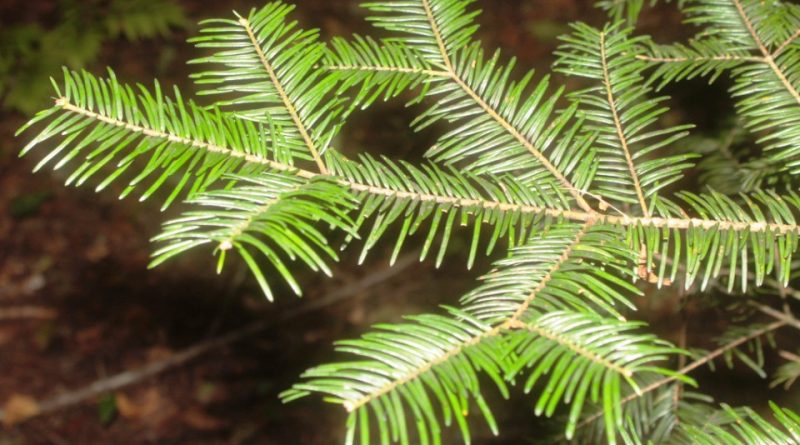 The Guatemalan fir (Abies guatemalensis Rehder, 1939) is an arboreal species belonging to the Pinaceae family.

Etymology –
The term Abies comes from Abies which is the classical Latin name (Virgil, Egloghe, from the Sanskrit root abh gush of resin); according to another interpretation it would derive from the Greek word ἄβιος = long-lived.
The specific guatemalensis epithet refers to Guatemala, the country where it was first described.

Geographic Distribution and Habitat –
Abies guatemalensis is a conifer endemic to the mountainous areas of Mexico and Central America. It is present in El Salvador, Guatemala, Honduras and Mexico.
In Mexico it is found on the Pacific slopes of the Sierra Madre del Sur and the southern Sierra Madre Occidental, in the states of Chiapas, Oaxaca, Guerrero, Michoacan, Colima, Jalisco, Nayarit and Zacatecas.
Its habitat is that of the mountain slopes facing north with a cool and humid oceanic climate (annual rainfall exceeding 1,000 mm), at altitudes between 1,800 and 4,000 m. it rarely forms pure woods, preferring mixed formations with Abies religious, Cupressus lusitanica, Pinus ayacahuite, Pinus hartwegii, Pinus michoacana, Pinus montezumae and Pinus pseudostrobus at high altitudes. At low altitudes it is found in association with species of the genera Quercus, Juniperus and Arbutus. The dominant shrub species include Arbutus xalapensis, Baccharis vaccinioides, Cestrum guatemalense, Litsea glaucescens, Rubus trilobus, Salvia cinnabarina and Sambucus mexicana. 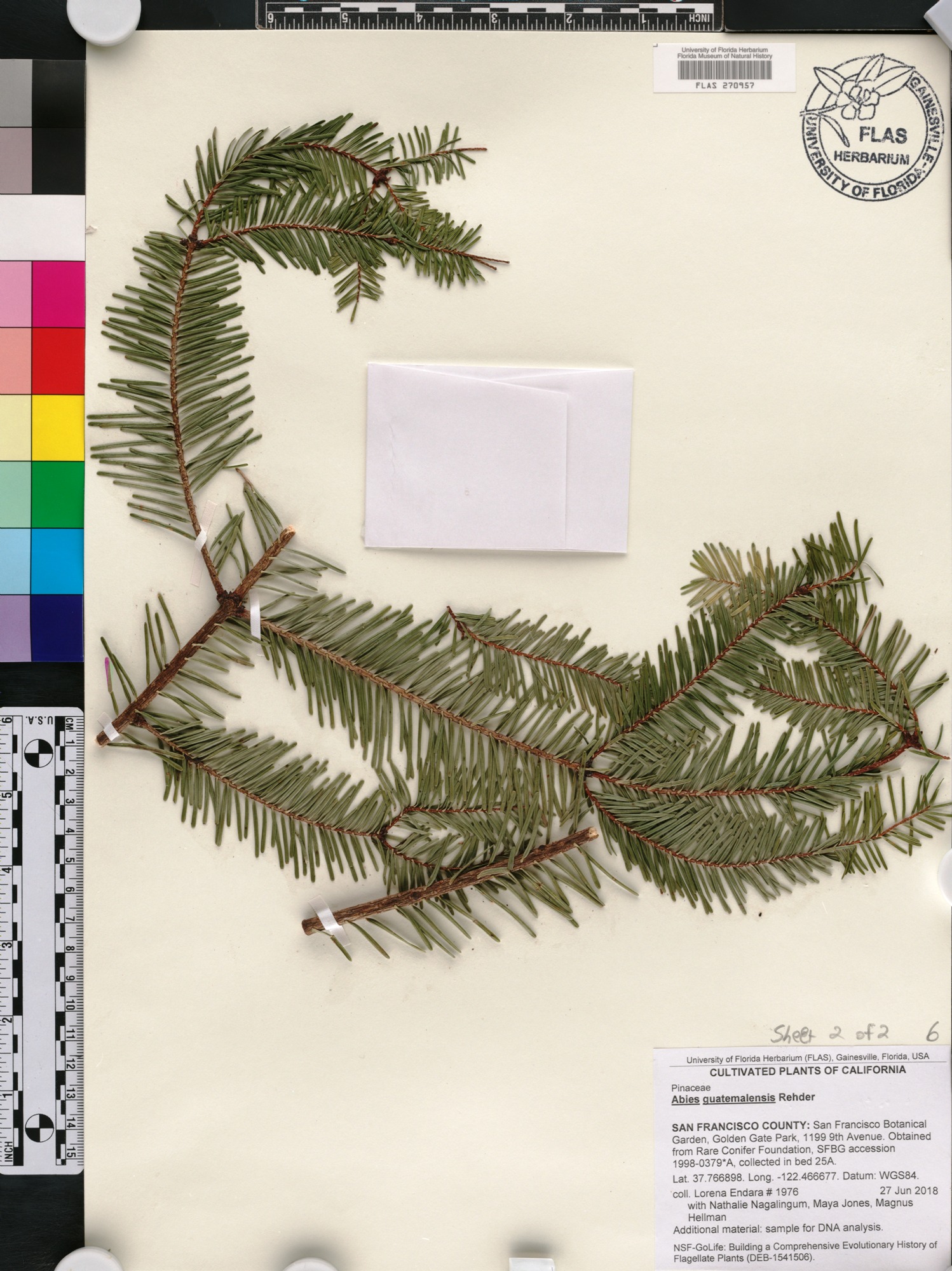 Description –
Abies guatemalensis is a medium-large tree that can reach 45 m in height.
The trunk can be up to 1 m in diameter and the bark is gray-black, divided into plates.
The main branches depart from the trunk at right angles, horizontally; secondary twigs are pubescent, red-brown. The resinous buds are round-ovoid in shape, 5 mm long.
The leaves are needle-like, arranged in a spiral, more or less combed, of a dark green color above, pale below, up to 5.5 cm long, with marginal or indented apex.
The female strobili, yellowish-brown in color, are cylindrical-oblong, up to 12 cm long and up to 4.5 cm broad, with short or sessile peduncles; the scales are oblong, wider than long. The bracts are wedge-ovoid, hidden.
The seeds are cuneate, light brown in color, up to 9 mm long, with a 15 mm wing.

Cultivation –
Abies guatemalensis is an evergreen tree that is used in nature as a commercial source of timber.
It is a conifer that grows best in deep, fertile soils.
The average growth rate varies from 36 to 46 cm per year when the plant is between 49 and 71 years old. The annual increase in diameter varies from 6 to 7 mm.
The plant propagates by seed.

Customs and Traditions –
Abies guatemalensis is the southernmost species of its genus and grows in inaccessible places, which makes this species little used and limited in carpentry and joinery. Typical in Guatemala is the trade in Guatemalan fir twigs to make partially natural Christmas trees.
Among other things, the best forests formed by this species are so dense that only a few species manage to grow on the ground under the trees: among these, only a few low shrubs of rather weak growth, mosses and a certain number of grasses.
Among other uses it should be noted that wood has been used as lumber since the times of the Maya and has been widely used for construction work since the period of Spanish domination.
Today it is the preferred wood for roof tiles, building material, charcoal and firewood. Locally it is used to make handlooms, the branches are used to make temporary shelters, to decorate churches and houses, and the young plants are used as Christmas trees. Its branches are used, as mentioned, for Christmas decorations.
From an ecological point of view, Abies guatemalensis is now listed as threatened by the IUCN due to the exploitation of timber and habitat loss.
It was reported as a common tree until the 1940s. Numerous populations may still remain in Honduras, but data is currently lacking. Some evidence suggests that the areas of each remaining stand in Guatemala (with the exception of the Los Altos de San Miguel Totonicapán forest) are generally no larger than 3 square kilometers. Additionally, cone yields are patchy and germination is typically poor. Among the remaining populations, the Los Altos de San Miguel Totonicapán forest in Guatemala is said to host the largest and best-preserved woodlands covering an area of ​​26,060 hectares, although these are also threatened by illegal logging. Due to its status, collection has become illegal in some countries where it originates and is listed in Appendix I of CITES, which prohibits the international trade in wild specimens (including parts and derivatives).
The Central American and Mexican Conifer Resources Cooperative (CAMCORE) has also initiated programs to protect the tree in the wild.

Preparation Method –
Abies guatemalensis is a conifer whose main use is that of its timber and whose exploitation and loss of habitat risks endangering the species.
No other uses are listed other than those of the exploitation of timber or the use of branches for Christmas decorations.