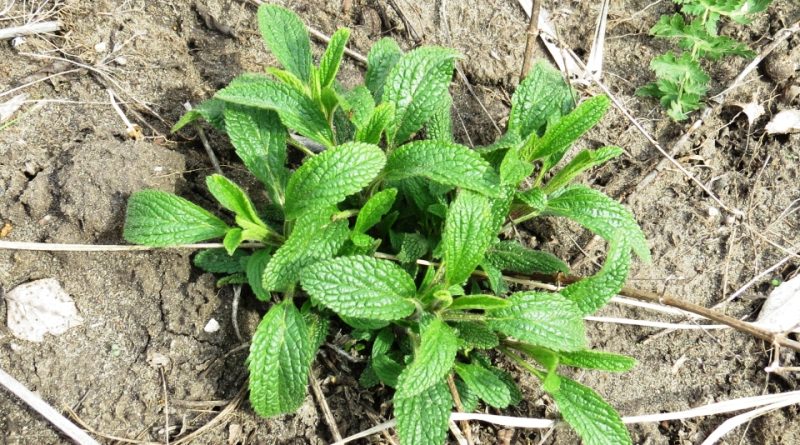 The Perennial Yellow-woundwort (Stachys recta L.) is a herbaceous species belonging to the Lamiaceae family.

Etymology –
The term Stachys comes from the Greek στᾰχυϛ stáchys spiga: for the arrangement of the flowers along the stem.
The specific epithet recta comes from rego rule, govern, guide: straight, upright, natural, without defects.

Geographic Distribution and Habitat –
The Perennial Yellow-woundwort is a species native to Europe, in the Caucasus, and also present in southern Europe, with several subspecies.
In Italy it is present with four subspecies distributed in the continental area while it is absent in Friuli Venezia Giulia, Basilicata, Calabria, Puglia and the major islands.
Its habitat is that of arid, stony meadows, from which it often passes in ruderal sites on carbonate or marly-arenaceous soils as long as they are rich in bases, from neutral to subacid, arid in summer, from sea level to about 2,100 m. 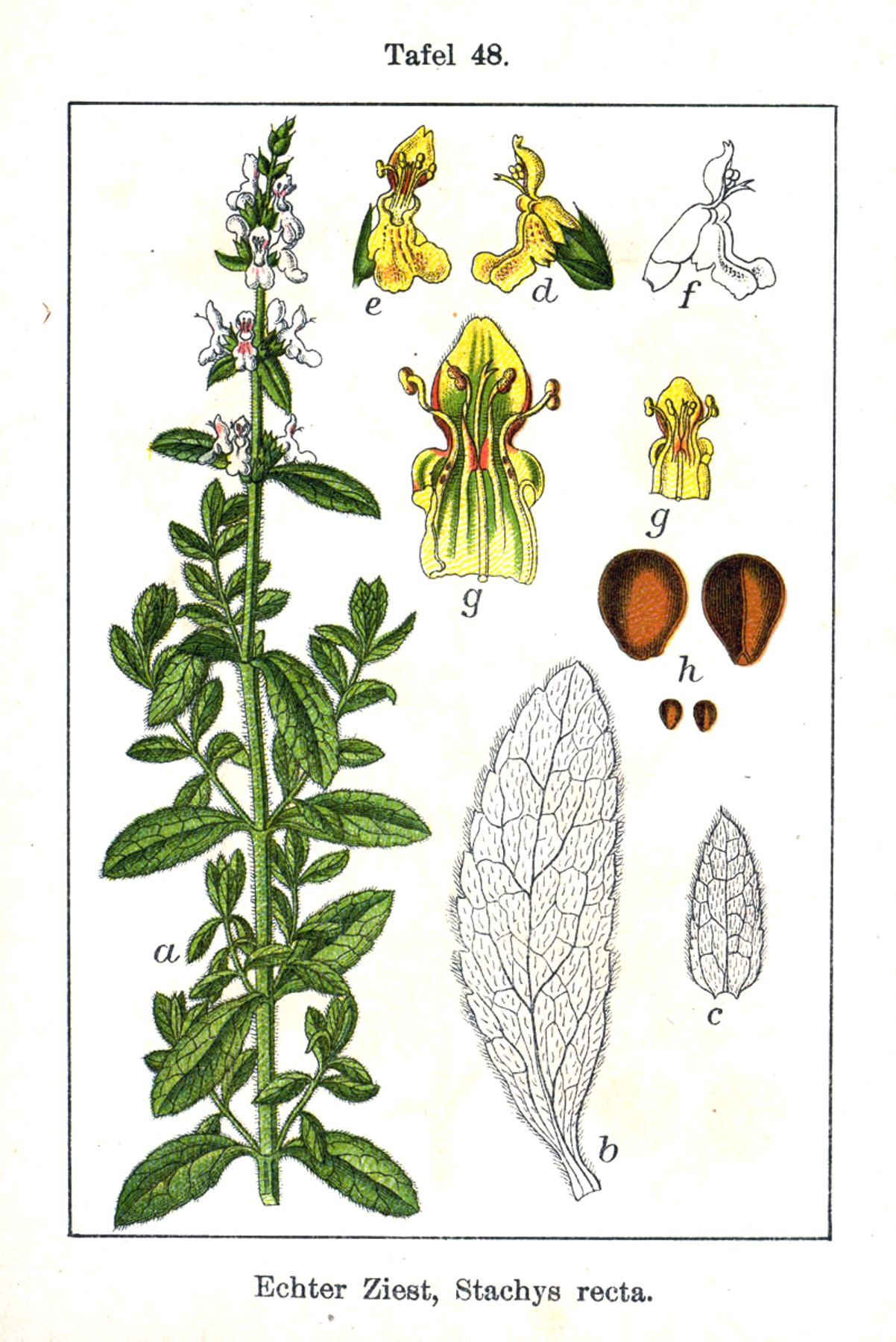 Description –
Stachys recta is a perennial herbaceous plant from 20 to 40 cm high with a woody base.
The stem is erect and with a quadrangular section, 2 opposite sections covered by large hairiness and alternating at the internodes, 2 with very dense garment.
The leaves are green, petiolate, lanceolate, mucronate, with front teeth and frequently blunt, with reticulated veins and all covered with hair. The inflorescence is formed by 5-12 verticillastri each with 6-14 close flowers; the flowers are carried by short pedicels and have a campanulate calyx with 5 equal hairy teeth, the corolla is yellow with the entire upper lip, straight and slightly concave and the lower one has two lateral lobes with reddish longitudinal lines. The stamens protrude from the tube and have hairy basal filaments and bifid stigma.
The antesis is from May to October.
The fruit is a subtrigone ovoid nucula.

Cultivation –
Stachys recta is a plant that, in its natural state, grows on arid, stony pastures, on preferably dry substrates, mostly calcareous and hot in summer.
The plant grows from sea level up to 2,100m. sl.m .. and is mainly collected for medicinal uses.
Propagation occurs mainly by seed.

Customs and Traditions –
Stachys recta is a plant known since ancient times for its febrifuge and vulnerary action. In Italy, in the Veronese Lessinia, it was used by the Cimbrian population to carry out fumigations and free the respiratory tract in winter ailments.
This plant was used, especially in the past, also in Tuscany, where it is known as the “Grass of fear”, because it was believed that it could wash away fears from children by adding the decoction to the bath water.
Another popular tradition was that of the “Sendà”, this practice consisted in making the decoction of the herb collected on St. John’s day and pouring it into 2 bowls in which you had to dip your hands. If a certain cloudiness formed on the bottom then it meant that the evil eye and fear had receded.
In general, it is a famous plant since ancient times as a medicinal herb useful for lowering fever and healing wounds.
The plant contains several essential oils; it also contains: Polyphenols, Iridoids, Betaine, Tannins, Stachhydrin and Stachyrene.
It was once used in folk medicine as a stimulant, vulnerary, tonic and purgative; however, it appears to be toxic when taken in high doses.
The decoction of this plant is used (brought to room temperature) for compresses on the eyes, to decongest and inflame the mucous membranes in case of conjunctivitis, sty, swollen eyes and dark circles.

Preparation Method –
Stachys recta is a medicinal herb from which the entire plant is used.
It should be harvested in the summer months (June-July). Collected in bunches and dried in the shade and in an airy environment. It is then stored in bags or glass jars or paper bags. In Lessinia (in the Vicentine Prealps), tradition has it that the plant is harvested in the period “between the two Madonnas” or between August 15 (Madonna Assunta) and September 8 (Nativity of the Madonna).
Among the uses we remember the fumigations. In this case, a decoction is prepared with 2-3 tablespoons of herb in 1 liter of water at room temperature, bringing it to a boil and leaving it to infuse for at least 10 minutes. As soon as the temperature allows it, you can breathe the steam released by covering your head with a towel.
The decoction instead that was used “against fear” was prepared using a handful of grass (called “punch that hits”), in 4-5 liters of water with the addition of a pinch of salt, olive leaves and a piece of bread. This was slowly brought to a boil for about 45 min. It was left to cool down to room temperature and was then washed to “purify oneself of fear”.