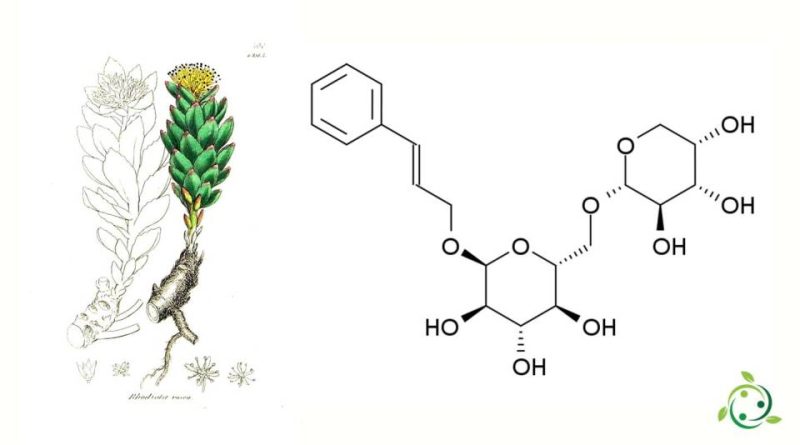 Rosavin, whose term in the official IUPAC nomenclature is: (2S, 3R, 4S, 5S, 6R) -2 – {[(2E) -3-phenylprop-2-en-1-il] oxy} -6- ( {[(2S, 3R, 4S, 5S) – 3,4,5-trihydroxyxan-2-yl] oxy} methyl) oxane-3,4,5-triol.
Rosavin has a molecular or brute formula: C20H28O10.
From a chemical point of view, rosavin is a glycoside of cinnamyl alcohol.
Rosavin is found naturally in the Rhodiola rosea plant (Rhodiola rosea L., 1753).
It is thought that this substance, together with salidroside, is one of the compounds responsible for the antidepressant and anxiolytic action of this plant.
This substance is contained in various formulations, especially in traditional Russian, Scandinavian and Chinese medicine based on Rhodiola rosea, touted for its positive effects on physical and cognitive vitality.

In fact, in the preliminary tests, Rhodiola rosea, which has interesting rosavine contents, proved to be neuro-protective and involved in increasing longevity (the latter aspect was not subsequently confirmed on the mammalian organism).
It can be said that, due to its properties, after ginseng, Rhodiola rosea is probably the second most widespread and used adaptogenic plant in the world.