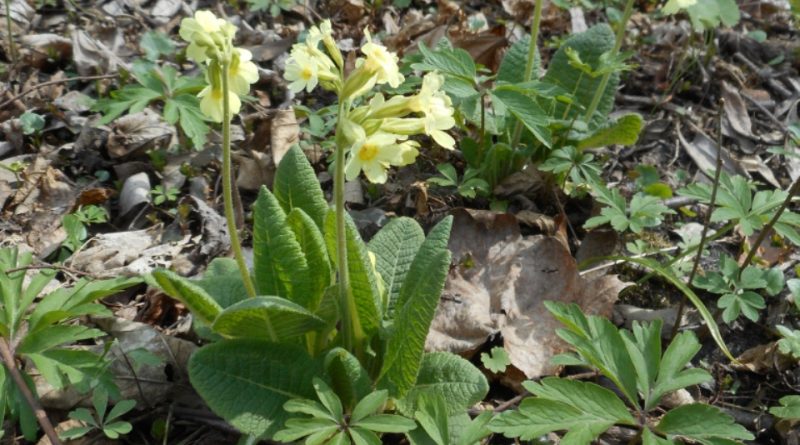 The Oxlip (Primula elatior (L.) Hill., 1765) is a herbaceous species belonging to the Primulaceae family.

Etymology –
The term Primula is the diminutive of prímus primo, due to its early flowering, being one of the first species to flower.
The specific epithet elatior is the comparative of elátus alto: higher still, compared to the same species eláta (from the past participle of effero to raise: high, elevated).

Geographic Distribution and Habitat –
The Oxlip is a common plant that originates in Central Europe with a differentiated range according to the subspecies and with northern borders in Denmark and southern parts of Sweden, eastwards up to the Altai Mountains and on the Kola Peninsula in Russia, and westwards in the British Isles.
In the rest of Europe the distribution of the subspecies on the various reliefs is slightly different: Pyrenees, Central Massif, Jura Massif, Vosges, Black Forest and Carpathians for the elatior subspecies; Pyrenees, Massif Central and Carpathians for the intricate subspecies.
Outside Europe, these plants are found in temperate Asia (Iran, Turkey, Caucasus areas) and southern Siberia.
In Italy it is found, but in a discontinuous way, both in the north (in the Alps) and in the center (in the Apennines). In particular, subsp. elatior is mainly present in the central areas of the Alps from Carnia to the Maritime Alps; while subsp. intricata is easier to find in the Apennines (even if it is considered less common). As for the regional distribution it is present throughout the peninsula with the exception of Molise, Campania, Puglia, Basilicata, Calabria, Sicily, Sardinia, dubious in Umbria and reported by mistake in the Marche.
The typical habitat is marshy woods (poplar, alder, ash, hornbeam, oak, birch and chestnut groves) and wet meadows; but also mesophilic meadows, subalpine and alpine meadows where it grows mainly on both calcareous and siliceous substrates with neutral pH and average nutritional and soil moisture values ​​and with an altitudinal diffusion ranging from 500 to 2000 m a.s.l. 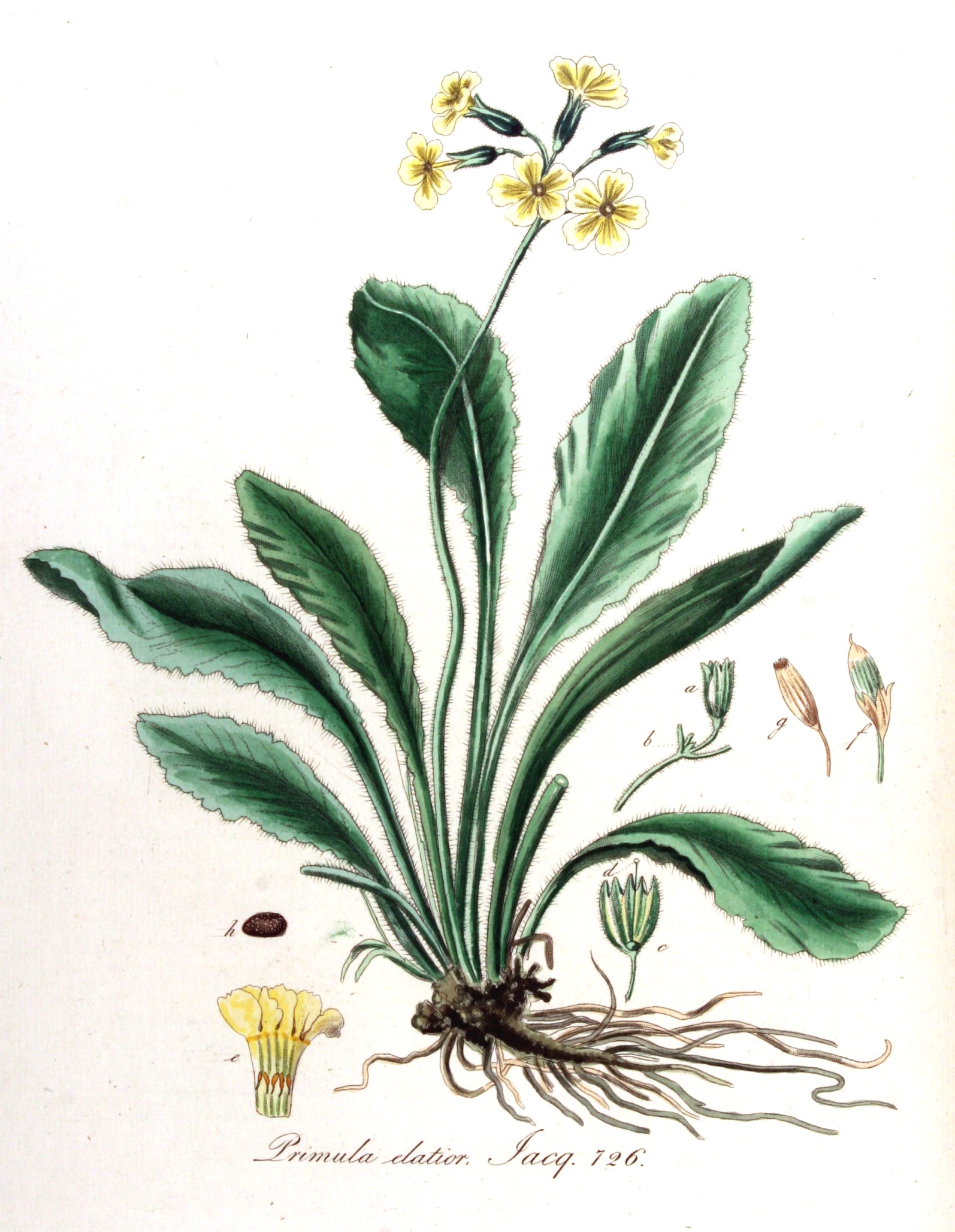 Description –
Primula elatior is a perennial herbaceous plant with a variable height of 10 – 30 cm.
The roots are secondary to rhizome.
The underground part of the stem consists of a short oblique rhizome of 1 – 2 cm.
The epigeal part is constituted by a thin erect stem and maximum 15-25 cm long; it is aphillus and weakly pubescent.
It has a velvety appearance with green leaves on both sides, with winged petioles, straight up to flowering, oblong in shape, attenuated at the base, irregularly denticulated.
The inflorescence is multiflora, bent to the side, with a slightly pubescent calyx, straight and not swollen, with dark green triangular edges and a lighter longitudinal band.
The flowers are saffron yellow, odorless, darker at the mouth and longer than wide teeth, the fruit is an oval capsule.
The antesis is between March and June.
The fruit is a denticidal capsule, conical as long as or more than the calyx, dehiscent for 5 often bifid teeth, with numerous small seeds, polyhedral, wrinkled, blackish brown.

Cultivation –
Primula elatior is a perennial plant that is harvested in nature for local use as food and medicine.
The plant grows in half-shade or shady places, woods, hedges at altitudes between 500-2000 meters above sea level.
In the garden, this plant should be placed in partial shade areas; it does not fear the cold so it is not necessary to repair it particularly during the winter season.
It is an easy-to-grow plant provided that both limestone and siliceous substrates are chosen with a neutral pH and medium nutritional and soil moisture values.
Propagation is by seed which must be sown as soon as it is ripe in a cold seedbed.
It can be sown in early spring in an unheated seedbed as germination is inhibited by temperatures above 20 ° C.
The transplant must be carried out as soon as the seedlings have reached the size to be handled.
It can also be multiplied by division in the fall.

Customs and Traditions –
Oxlip is a plant that is used both for ornamental purposes and for food or medicinal purposes.
For edible use, young leaves and flowers are used, both raw and cooked, to prepare soups or other dishes. They have a mild flavor and are available in late winter.
The plant has medicinal properties and has been in use for some time.
Folk medicine considers this plant useful as an expectorant (promotes the expulsion of bronchial secretions) and diuretic (facilitates the release of urine). An infusion made such as tea can be useful for coughs or the flu.
In addition to the treatment of cough, it is used for flu and other febrile conditions, insomnia and migraines.
Among the other uses we remember, in particular, the horticultural one.
Primroses, in fact, have two very important properties: they are rustic, easy to plant and very decorative. Florists then tried to create a huge number of cultivars by varying the color of the petals, the size of the flower, the beauty of the leaves, but also the number of petals or its design.

Preparation Method –
The Primula elatior, as well as for ornamental purposes, is of interest both in the food and medicinal fields.
In the food sector, young leaves and flowers can be consumed, both raw and cooked to prepare soups or other dishes.
In the medicinal field, both leaves, flowers and roots are used.
The root can be harvested in the spring or fall and dried for later use.
The leaves are used for various herbal teas or extracts while the flowers are used in pectoral blends.