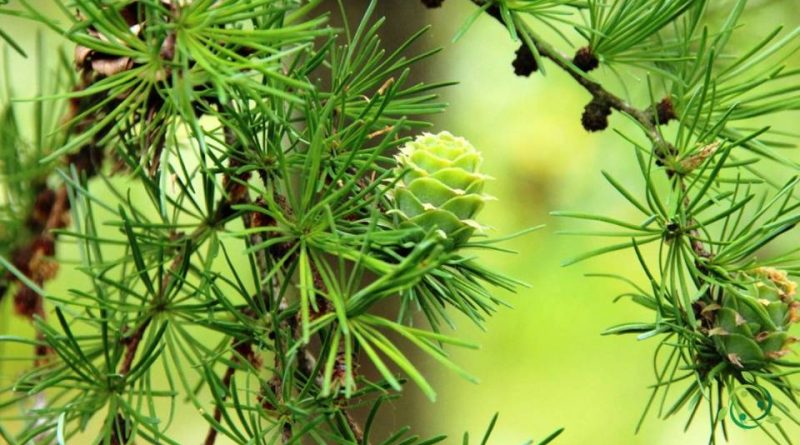 The Japanese larch (Larix kaempferi (Lamb.) Carr.) Is a conifer of the Pinaceae family.

Suitable breeding habitat –
Larix kaempferi is a plant native to Japan, from the mountains of the Chūbu and Kantō regions in central Honshū. This species was discovered by the English botanist Charles Maries.
In Japan it forms large mixed forests with conifers and broad-leaved trees (oaks, beeches, birches). At the edge of the vegetation it often becomes a dwarf plant, with a very attractive appearance.

Propagation –
The Japanese Larch grows at higher altitudes in central Japan, where the climate is cold, with snowy winters and abundant rainfall in cool summers.
It is in fact a very cold resistant plant, able to tolerate temperatures down to about -30 ° C when it is completely dormant.
This plant prefers an open and airy position in a light or gravelly well-drained soil and does not tolerate water stagnation while tolerating acidic and low-substance soils.
It is a slow growing plant for the first two or three years from seed, then it is very vigorous doing between 1 and 1.5 meters in height per year.
Propagation can take place by purchasing one-year-old seedlings preferably with bare root and transplanting in spring.
Propagation can also take place by seed which must be sown at the end of winter in pots in an unheated environment. Cold stratification for a month helps germination.
After germination it is recommended to keep the young plants in the shade, at least for the first year.
When these are large enough to be handled they should be planted in individual pots and transplanted in open field in summer, taking care to provide them with an effective mulch that prevents the growth of herbs and protects the seedlings in the winter for their first year. The seed remains viable for 3 years.