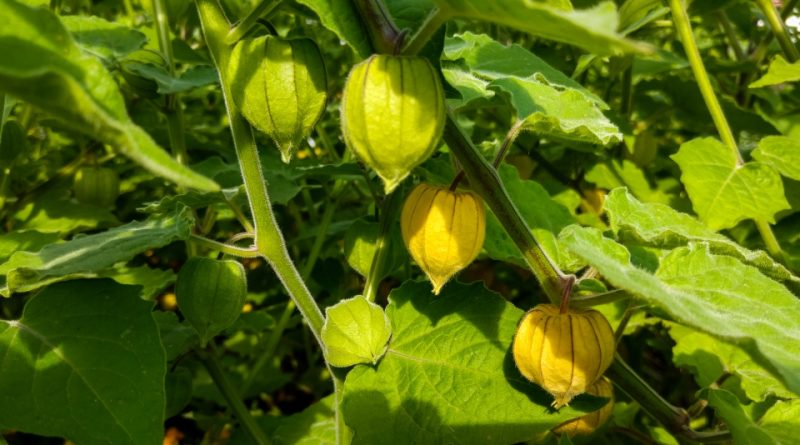 The Goldenberry (Physalis peruviana L.) is a shrub species belonging to the Solanaceae family.

Etymology –
The term Physalis comes from the Greek φῡσᾰλέος physaléos full of air (from φῡσα physa bubble): due to the characteristic increasing goblet that forms a sort of balloon.
The specific Peruvian epithet refers to its probable origin in Peru.

Geographic Distribution and Habitat –
Physalis peruviana is a plant native to South America which, despite its knowledge dates back to the pre-Columbian period (especially in the Andean areas where it was a traditional food), has only been described in recent times.
It grows in South America, of Peruvian origin and naturalized in central and southern Europe.
Its habitat of natural origin is that of coastal regions and disturbed areas from sea level up to 4500 meters. 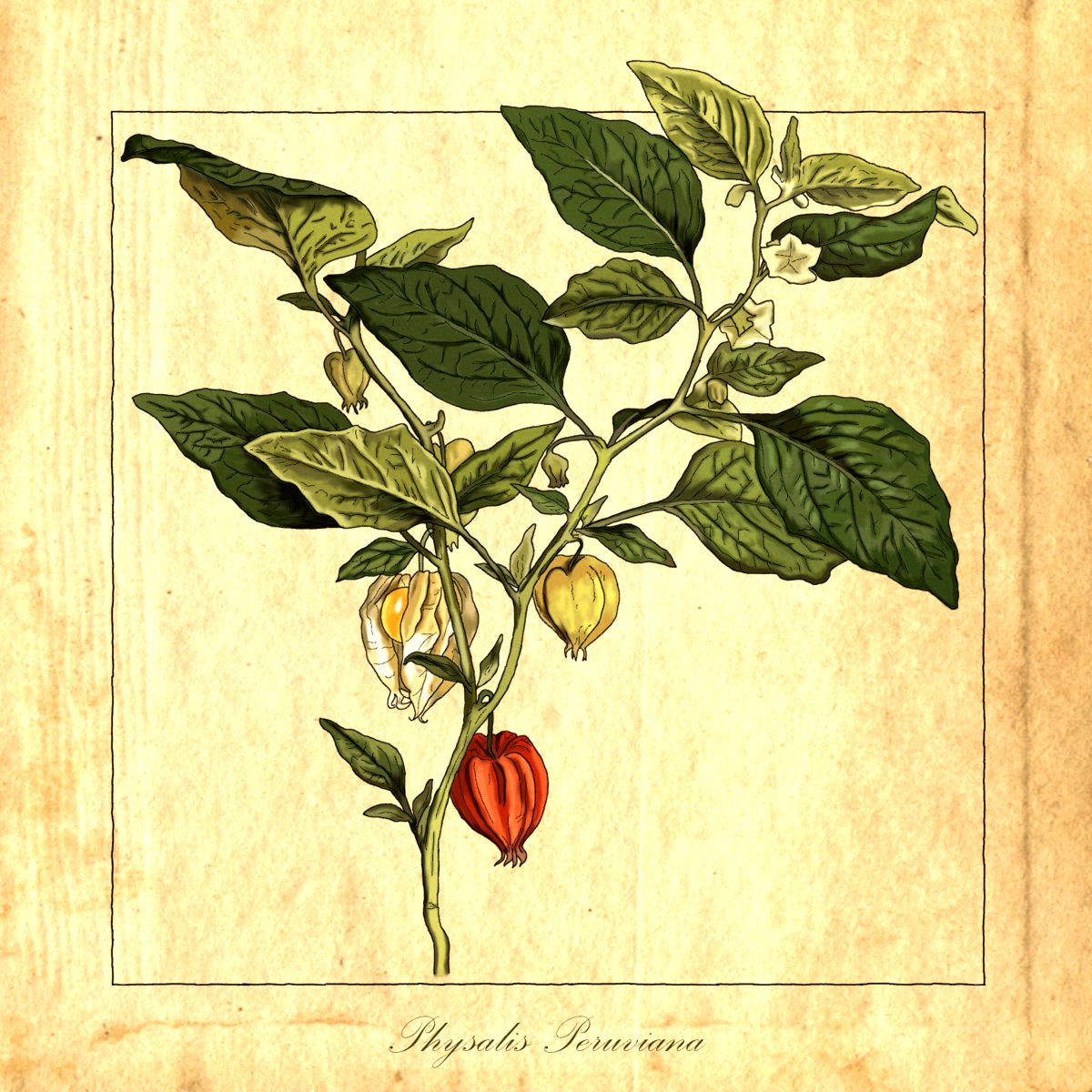 Description –
Physalis peruviana is an annual plant in temperate zones, but perennial in the tropics.
In the perennial form it develops in the form of a broadly branched shrub reaching 1-1.6 m in height, with expanded branches and velvety heart-shaped leaves.
The flowers are hermaphroditic, bell-shaped and hanging, 15-20 mm in diameter, yellow with purple-brown spots inside. After the flower has fallen, the calyx expands, finally forming a beige shell that completely encloses the fruit.
The fruit is a diclesium (a sort of berry covered in whole or in part by the increasing perianth) of 12-20 mm, shorter than the calyx, yellow, with discoid seeds, 1.7-2 mm, compressed and reticulated, whitish or brownish.

Cultivation –
Goldenberry is a plant that has been harvested since ancient times in its natural state or cultivated for local use as food or for medicinal use.
All parts of the plant, except the fruit, are poisonous.
This plant needs a sheltered location in any well-drained soil in full sun or light shade in order to vegetate well.
It prefers a fertile substrate but also tolerates poor soils; moreover, if the soil is too rich, it favors the production of leaves to the detriment of fruiting. Plants tolerate a pH between 4.5 and 8.2.
Some cultivars tolerate temperatures down to around -10 ° C especially if mulching is done.
This species is often cultivated for its edible fruit in warm and tropical temperate zones, where some cultivars also exist.
In South America, ordinary production yields of 20 tons per hectare can be had, but it can also reach 33 tons.
Propagation occurs by seed with sowing from early to mid-spring barely covering the seed. Germination usually occurs quickly and freely. The transplant must be carried out in the period after the last frosts. Daytime temperature fluctuations aid germination.
The plant can also propagate by division, in the spring period; the operation is performed by removing the young shoots that are growing sideways, making sure to also remove part of the underground shoots. It is best if the portion to be propagated has roots, although the sprout should form new roots quite quickly if kept in a pot and for a few weeks in a shady but humid part.
In colder areas this operation must be performed in the greenhouse.

Customs and Traditions –
Physalis peruviana takes various names also depending on the areas where it is grown or marketed.
This plant is grown both in the countries of origin and in Europe.
It is also grown and consumed in Turkey, where it is known by the name of altın çilek that is “golden strawberry” even if it looks more like a cherry. It is widely used to make tea, jams and to garnish cakes; it is consumed as a fruit.
In Italy the fruits of this plant can be found in some pharmacies and parapharmacies in the form of dehydrated berries and in some supermarkets. They are imported and generally come from Colombia. It is rarely grown in Italy, but there are local attempts to spread it on a small scale.
However, nowadays, the Peruvian Physalis has conquered many markets in the European Union and the United States. The main consumer countries are England and Germany. It is currently grown in Peru, Colombia, Ecuador, California, South Africa, Australia, Kenya, Egypt, India, the Caribbean, Asia and Hawaii.
This plant is used for food; fruit is used, raw or cooked in pies, cakes, jellies, compotes, jams, etc.
It has a delicious sweet and sour taste.
Dried fruit can be used as a substitute for raisins, even if it’s not that sweet.
Each fruit is wrapped in its own chalice to protect it from parasites and the elements. This cup is toxic and should not be eaten. The fruit is rich in vitamin A (3000 IU of carotene per 100 g), vitamin C and part of the B complex (thiamin, niacin and B12).
The protein and phosphorus levels are exceptionally high for each fruit.
Nuts are said to be a substitute for yeast.
For medicinal use, the juice of the leaves is used which has been used in the treatment of worms and intestinal disorders; moreover the plant is diuretic.
Among other uses, Physalis peruviana is used to protect the soil from erosion: in fact, thanks to its robust and expansive growth, it tends to cover large areas of land.

Preparation Method –
The fruits of the Peruvian Physalis are consumed, both raw and cooked, to prepare pies, cakes, jellies, compotes, jams, etc.
If the fruit is left intact inside the glass, its shelf life at room temperature is about 30-45 days and even more. However, the glass is inedible.
The fruits can be eaten alone or in salads, thus providing a sweet and sour taste to foods. In some countries such as Colombia and Peru, industries are already developing to produce products such as jams, yogurt, sweets, ice cream, liqueurs. They also serve as a decorative element (it has the same shape as cherries) in cakes and desserts.
Dried fruits can also be used as a substitute for raisins.

One thought on “Physalis peruviana”