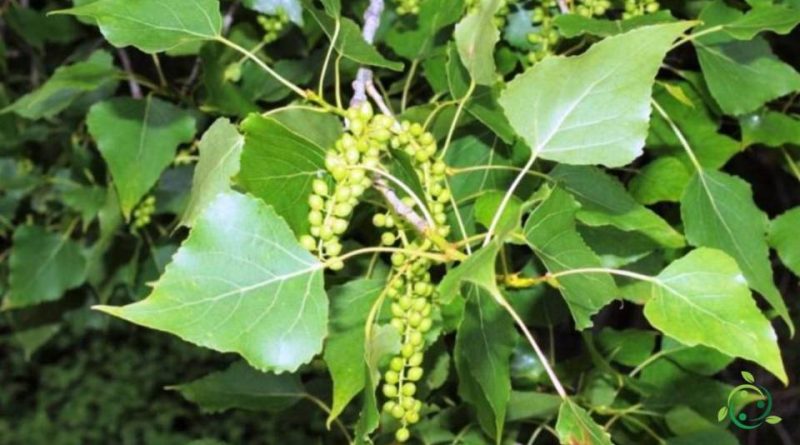 How black poplar is grown

The black poplar (Populus nigra L., 1753) is a family tree of the Salicaceae, native to central-southern Europe and western Asian regions.
In Italy it is a widespread plant everywhere both in the plains and in the hills, especially in the north and in the center (frequently on the banks of waterways).
This tree can reach and sometimes exceed the height of 25-30 m and is almost always in the form of an arboreal tree.
It is a dioecious plant with male inflorescences in 5-9 cm catkins, of a reddish color, and female inflorescences in slender catkins, even 12 cm long, of a yellow-green color. The fruits are ovoid capsules which release feathery seeds when ripe.

Cultivation –
For the cultivation of black poplar it should be borne in mind that this plant prefers very bright, sunny positions, even if it adapts well in partial shade areas but does not like complete shade. It is a plant that tolerates cold and wind well; it is also very resistant to pollution, which is why it is widely used for road trees.
Populus nigra is a plant that can be found spontaneously along the banks of ditches or in alluvial areas.
From the pedological point of view it is a plant that prefers organic, light and well-drained soils; it hardly adapts to inconsistent and sterile soils; in nature it prefers wetlands, near rivers and streams, as it does not tolerate long-lasting drought.

Due to these peculiarities, when planting this tree, it is advisable to periodically bury some good organic fertilizer at the foot of the plant in the period preceding the beginning of spring; it is also advisable to water the poplars in case of prolonged periods of drought.
The black poplar can usually be multiplied by cutting.
The cuttings are rooted in the spring using a mixture of peat and sand in equal parts and the new seedlings must be grown in a greenhouse for at least two years before being planted, as young specimens can sometimes fear the cold and wind.
Propagation can also take place by seed; in this case it is advisable to use numerous seeds since the terminability of the poplar is not very high.
Finally, it should be remembered that, given its suckling capacity, in the autumn period the basal suckers can be taken, to be buried in a soft compound rich in organic matter, to allow better development.

Uses –
The wood of Populus nigra is of modest quality and has similar uses to other poplars, being mainly used in the paper industry and to produce vegetable charcoal. Traditionally it is used for the trees of the avenues that lead to villas and rural properties (such as the cypress in the Mediterranean areas).