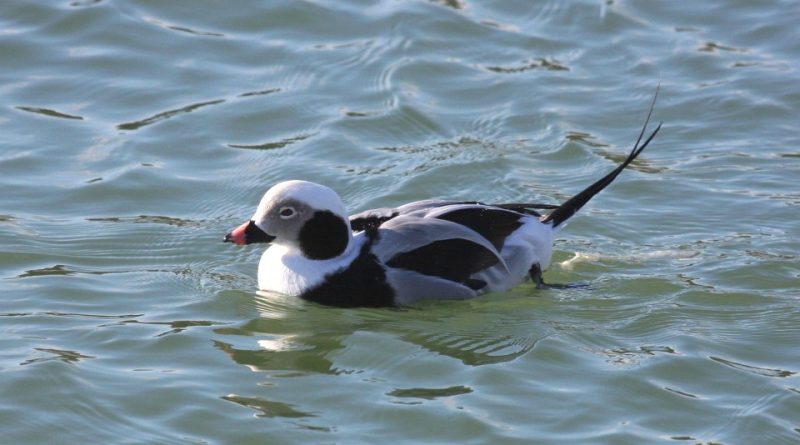 The long-tailed duck (Clangula hyemalis, Linnaeus 1758) is a sea duck belonging to the Anatidae family.

Geographic Distribution and Habitat –
The long-tailed duck is a migratory bird that winters along the eastern and western coasts of North America, on the Great Lakes and on the coastal regions of Europe and Asia.
It is a gregarious duck that forms large flocks during migrations. The most important wintering area is the Baltic Sea, where a total of about 4.5 million of these birds congregate.
Its range is included within the arctic circle; in Italy it is in step, locally and partially in winter.
Its nesting habitat is that of the cold areas of the northern oceans and the great lakes of the North Atlantic region, Alaska, northern Canada, northern Europe and Russia. 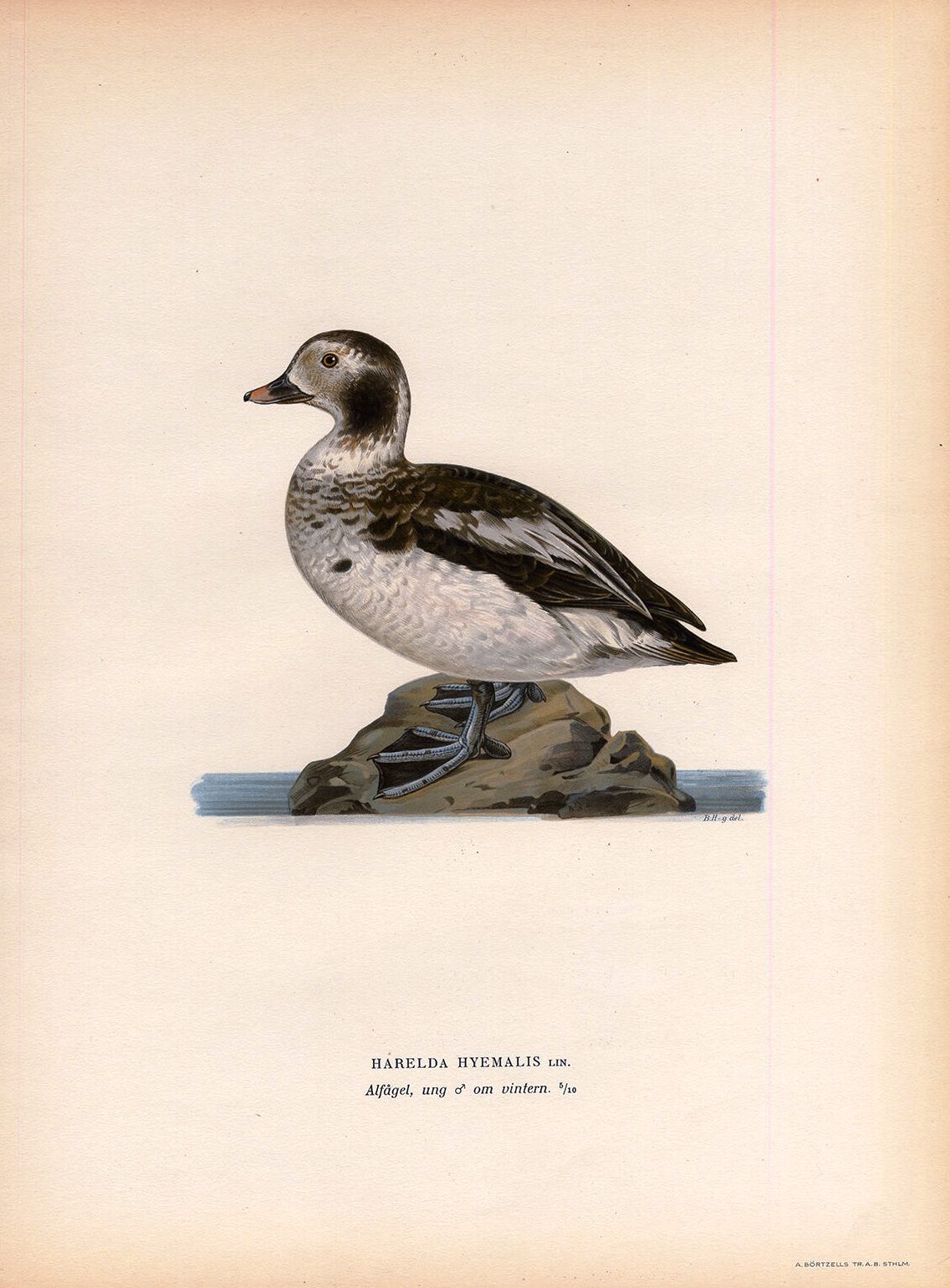 Description –
Clangula hyemalis is a medium-sized duck with a length of 55-70 cm and a wingspan of 65-80 cm.
The adults have white underparts, with the male having a long pointed tail and a lighter dark beak near the tip.
In winter, the male shows a dark spot on the cheeks that stands out against the background of the head and neck, mainly white, a dark chest and most of the white body.
In winter, however, the male has a dark colored head, neck and back with a white spot on the cheeks.
The female is recognized for having a brown back and a relatively short pointed tail. In winter, the female’s head and neck turn white with a dark top. In the summer, the head is dark.
Males are very noisy and have a sonorous call made of warbling that sounds like an Ow, ow, owal-ow.

Biology –
Clangula hyemalis is a species that tends to form pairs in the winter or during the migratory season.
The nest is placed dry on the ground, well hidden in the undergrowth or among the rocks, in any case in the vicinity of a watercourse.
This is constructed using plant material and is padded with down; it has a small concave area. The female adds plant material and large amounts of feathers and down after laying about 5 or 6 eggs.
After a short time from hatching, which takes place after about a month, the chicks leave the nest, as they are already able to swim and dive, despite the mother providing for their nourishment for some time.
The first occurs about a week after hatching.

Ecological Role –
Clangula hyemalis is the only living member of its genus. Fossils of an as yet undescribed congener have been found from the Middle Miocene (Upper Badenian, 13-12 million years ago) Sajóvölgyi formation in Mátraszõlõs, Hungary (Gál et al. 1998-99).
This duck feeds on seeds and fruits but also on molluscs, crustaceans and some small fish that it picks up by diving and swimming under water. Although they usually feed near the surface, they are capable of diving to depths of 60m.
This bird is not particularly adept in flight, which is characterized by rigid and frequent beats of wings, often with inclinations to one or the other side.
It is a migratory species that overwinters along the eastern and western coasts of North America, on the Great Lakes, on the coasts of northern Europe and Asia, with drifting towards the Black Sea even if the most important wintering area is, as mentioned , the Baltic Sea.
Clangula hyemalis is one of the species protected by the Agreement on the Conservation of African-Eurasian Migratory Waterbirds (AEWA)