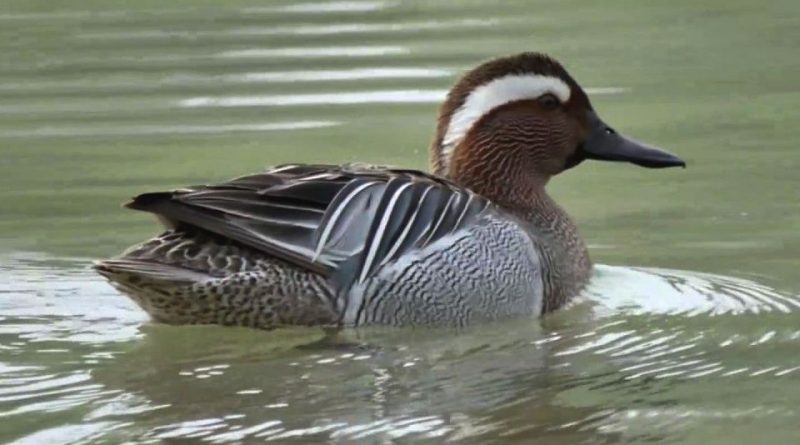 The garganey (Spatula querquedula Linnaeus, 1758) is a bird belonging to the Anatidae family.

Geographic Distribution and Habitat –
The garganey is a small duck that nests in most of Europe and throughout the Palearctic, but is strictly migratory, with the entire population moving to southern Africa, India (in particular Santragachi), Bangladesh (in the natural basins of the Sylhet district) and Australasia in winter, where large flocks can form.
As the Marzaiola winters in equatorial Africa and nests in the northern central Palearctic, this involves the maximum concentration in Italy in the migratory periods (March-April and August-September), a more scarce and localized presence in the reproductive period due to the location of the Peninsula on the edge. southern of the reproductive range and a rare and localized presence in some areas of the south in winter.
Its reproductive habitat is represented by the grasslands adjacent to shallow marshes and steppe lakes. In winter they stay near lakes and in alluvial river territories. 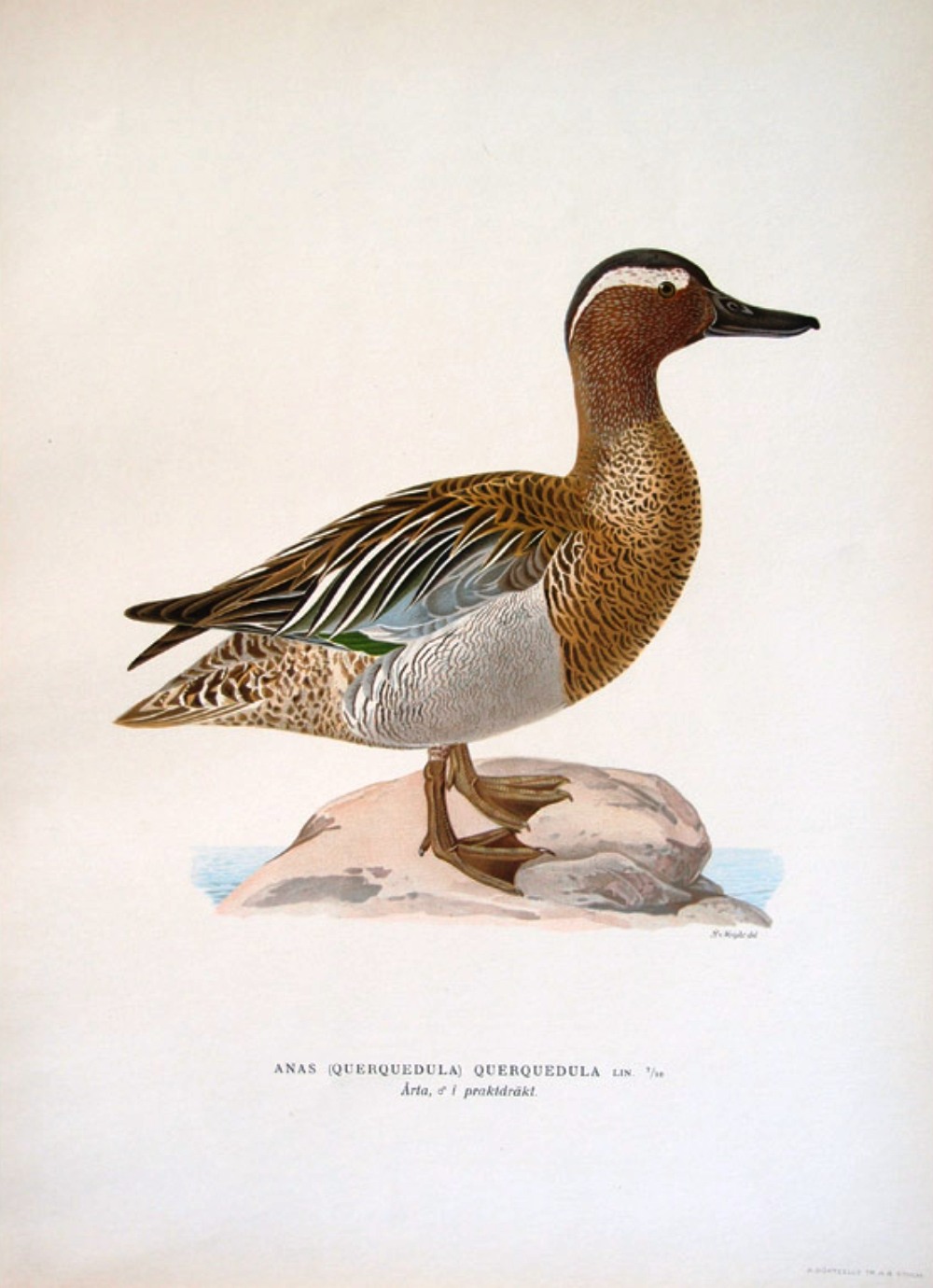 Description –
The Spatula querquedula is a bird with a marked sexual dimorphism and a length that varies between 37 and 41 cm.
The male has a wing length of 18.7–21.1 cm while the female of 18.2–19.6 cm.
Males weigh around 250–600 g, while females between 250 and 550 g.
The length of the beak is 3.5–4.5 cm.
The male has a nuptial livery with a light brown neck, a broad white eyebrow and long drooping scapulars. Males in eclipse, females and juveniles lighter than Teal and with a more marked eyebrow.
Beak and legs are gray and the eyes are brown.
In flight, the scapulars are gray-blue and the light green mirror, bordered with white, appear more intense than the Teal.
Like other small ducks such as the common teal, this species rises easily from the water with a quick wader-like flight.
The male’s voice recalls the croaking of a tree frog, the female’s is a “kneck”.

Biology –
The Garganey has a nesting period that goes from April to June. The nest consists of a mound that is padded with grass and feathers and is built in thick vegetation near swamps or ponds.
The female lays 8 – 11 beige eggs there, which she hatches for 21 – 23 days. After 35 – 42 days the chicks are ready to fly.

Ecological Role –
The scientific term querquedula is an onomatopoeia and refers to the characteristic vocal emissions of this species.
The Spatula querquedula feeds on insects, crabs, molluscs, seeds and aquatic plants. However, this species prefers carnivorous food. This is taken either directly from the surface or just from below, as these animals only rarely dive.
From an ecological point of view this species is not in a good state of conservation.
These birds are threatened by habitat degradation caused by the reclamation of wetlands, the lowering of the groundwater level, the mowing of meadows that destroy nests and persecution by man. In this sense, the early opening of hunting at the beginning of September puts those individuals who have reproduced locally in difficulty and limits natural colonization.
Another frequent cause of death of Spatula querquedula is also due to the ingestion of lead from hunting shots, known as saturism. Other potentially deadly factors are food poisoning from botulism, the latter responsible for at least 500,000 individuals who die each year in Russia, Ukraine, France and Poland.