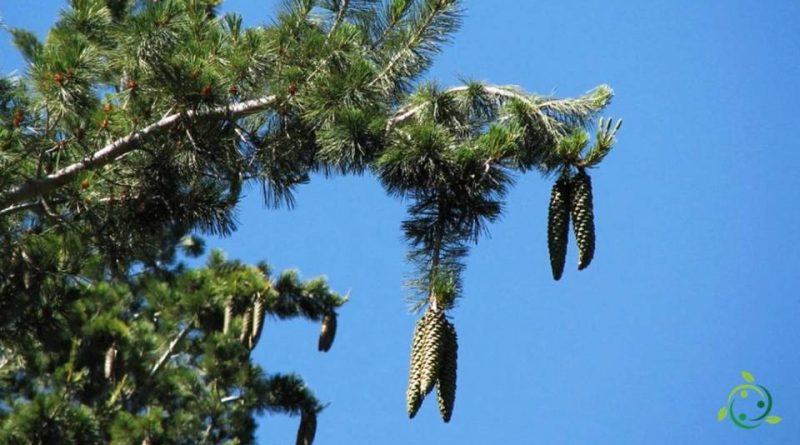 How the Sugar Pine is grown

The Pinus lambertiana or Sugar pine (Pinus lambertiana Douglas) is a species native to North America, California in the western United States and in Baja California in northwestern Mexico; in particular Cascade Range, Sierra Nevada, Coast Ranges and Sierra San Pedro Martir.
In Europe it is found only in some areas as an introduced plant.
The reproductive structures of this plant, which has monic perfumed flowers, are longer cones (over 60 cm) than any other conifer, pendulous, carried by a peduncle of about fifteen centimeters formed by flakes of an almost leathery consistency.
This pine, in its natural environment, lives at variable altitudes depending on the latitude, between 300 and 3200 meters above sea level, usually in mixed coniferous forests in a mountain environment.

Cultivation –
Pinus lambertiana can also be grown in Mediterranean areas and requires a medium-fine, not heavy, well-drained soil, also poor from a nutritional point of view but with a neutral or acid pH.
This plant needs sunny areas and suffers from marine exposures; it also tolerates dryness when it is well established and developed.
The propagation of Pinus lambertiana is by seed. Sowing must be carried out directly in autumn when the seeds are harvested, or in late winter, in individual containers to avoid the stress of repotting the small plants.
A cold stratification of the seeds at 4 ° C for 6 weeks increases the percentage of germination of the same.
The plant must then be planted as soon as the seedlings are manageable (the more it grows, the more the plants suffer from transplanting as they grow). The plant must also be protected at least in the first two winters outdoors, using, if possible, a mulch that inhibits the proliferation of weeds.
Another propagation system is the use of cuttings using a single set of needles taken from plants less than ten years old; in this case, however, growth is very slow.
It should be remembered that as for other species of pine also under this plant, its secretion inhibits the germination of the seeds of other plants.

Uses –
American Indians used the sweet resin of Pinus lambertiana as a laxative.
According to David Douglas, Native Americans ate the sweetish seeds.
Furthermore, odorless wood is also preferred for fruit packaging, as well as for storing medicines and other goods. Its straight grain also makes it a useful organ pipe material.