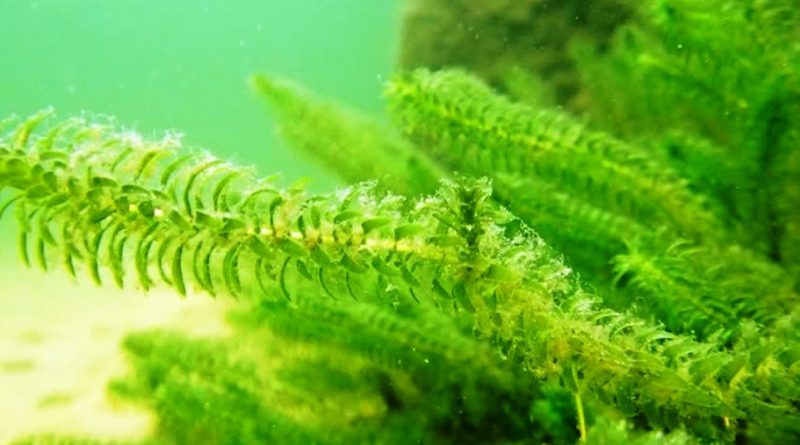 The Canadian Pondweed (Elodea canadensis Michx.) Is an aquatic herbaceous species belonging to the Hydrocharitaceae family.

Etymology –
The term Elodea comes from the Greek ἑλώδης hélodes palustre (derived from ἔλος hélos marsh): in reference to the growing environment.
The specific canadensis epithet refers to Canada, but sometimes used to indicate North America.

Geographic Distribution and Habitat –
Elodea canadensis is a species of North American origin, present from Alaska to California, from the east to Quebec and Virginia. This plant is naturalized outside the American continent, also present in Italy and often invasive.
Its habitat is that of marshy areas, mainly calcareous, in lakes and rivers, in warm and shallow running waters, from sea level to 2000 meters in its original air. 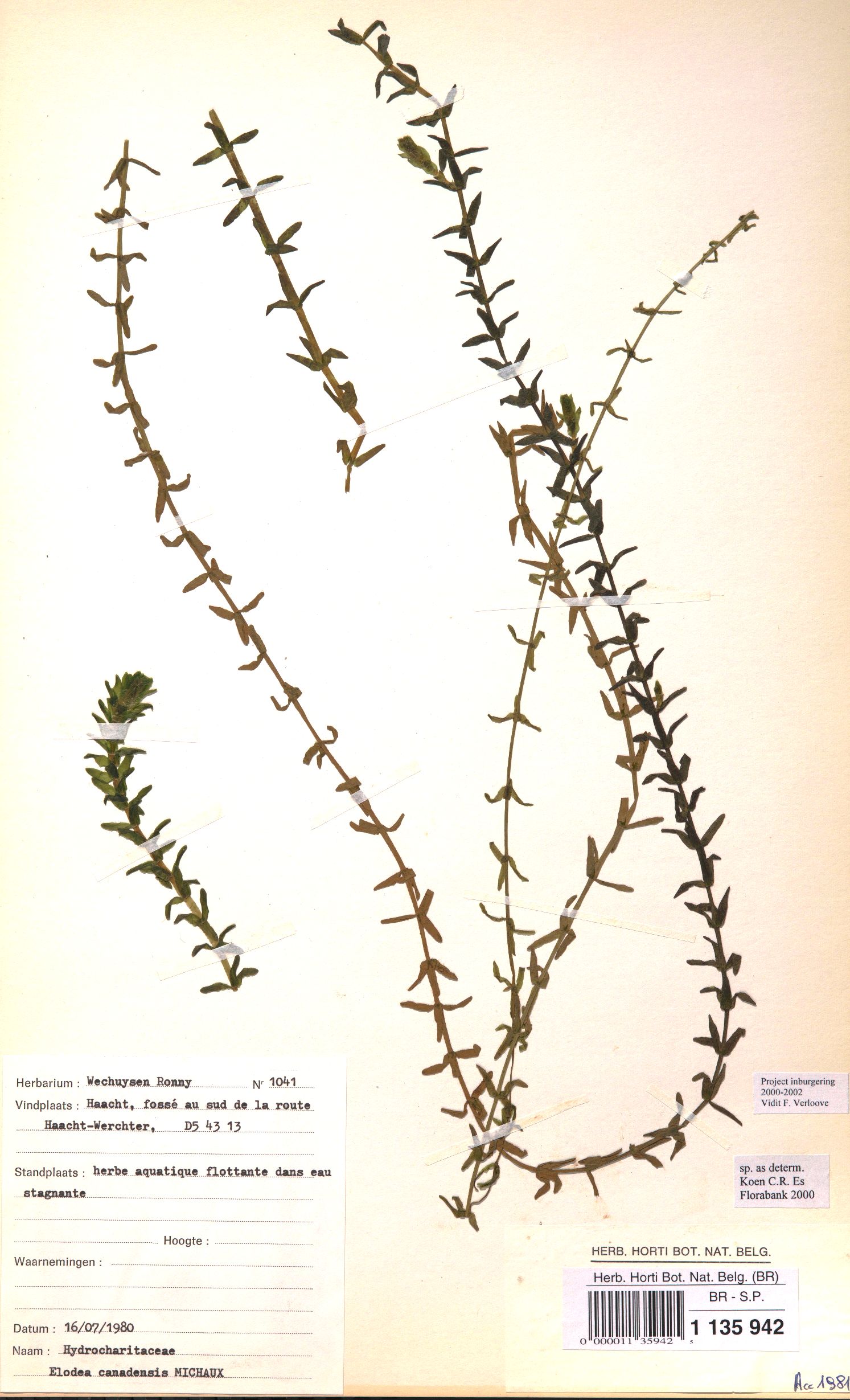 Description –
Elodea canadensis is a dioecious plant and only the small flowers emerge during flowering.
It is characterized by fleshy, green, flexible stems up to 3-4 meters long with numerous and small sessile leaves (1 cm long) for each internode.
In summer it produces tiny pink-white flowers that reach the surface of the water.
This plant takes root at the bottom, especially in the muddy soil at the bottom of the water and can become a weed.
To profane eyes it is often mistaken for an alga.

Cultivation –
Elodea canadensis is a plant that can become a weed with growth and proliferation particularly encouraged by nutrient-rich waters; moreover it manages to develop both in the shallowest and in the deepest waters, and is even able to live even if not rooted, floating on the surface.
The plant prefers at least 4 hours a day of direct sun and is resistant to very harsh temperatures.
In aquatic environments it is an oxygenating plant that lives submerged and very fast growing and that adapts well in slowly moving waters or in ponds.
Plants grow most vigorously when they are able to take root in the mud of ponds.
The plants are perennials by means of wintering buds in the bottom of ponds or waters in general, in autumn, and then begin to grow in spring.
The plant can also be propagated by seed which must be sown very soon after harvesting directly in water.
It can also propagate by division of clumps almost at any time during the growing season. We proceed by detaching a portion of the plant and putting it in water where it will soon produce roots.

Customs and Traditions –
Elodea canadensis was introduced for the first time in Europe around the middle of the nineteenth century; it quickly spread to become invasive and block many streams.
Elodea canadensis assimilates large quantities of nitrates and phosphates, and releases oxygen into the water, favoring the phytodepuration process. For these reasons, Elodea canadensis is a very effective submerged plant for slowing down the growth of algae and keeping the water clean.
Elodea canadensis is used in both ponds and aquariums.
This plant is also harvested in the areas of origin for local use as a medicine.
According to some sources, the Iroquois Indian tribe used it as a drug.
This plant is a fundamental link in the ecosystem of many lakes; it is the habitat for numerous invertebrates and some species of fish find shelter there at a young age.
Moreover, given the high fleshyness of the tapered leaves, it lends itself to laboratory use to observe, under the microscope, plant cells and, in particular, chloroplasts.

Preparation Method –
Elodea canadensis is a very useful plant for keeping the waters of small lakes and ponds clean, where it plays an important role in phyto-purification and as a refuge for fish.
This plant also finds some uses for medicinal use with the preparation of an infusion used as a strong emetic.