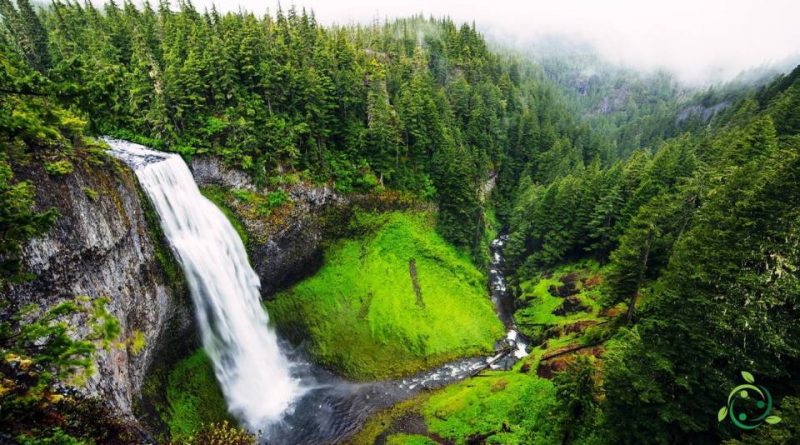 With the term climax, which comes from the Greek κλίμαξ, “scale”, in ecology, we mean the final stage of the evolution of an ecosystem in an ecological succession, which in stable environmental conditions is able to perpetuate itself over time.
The climax is, therefore, the last stage of a succession of vegetation and the faunal system (ecological succession) that culminates in a plant community deemed stable, in maximum balance with the local environment.
In a developing ecosystem there are processes of modification of the structure and constitution of the biotic community, which in turn induce changes in the environment.
An ecological succession is controlled by the community (autopoiesis) even though physical factors determine many parameters of development.
At the climax stage the system reaches maximum biomass and the interactions between the various species of the community are exclusively positive; furthermore, there is no net accumulation of organic matter because production is perfectly balanced by consumption.

The climax condition is practically never reached; the steady state, in fact, is incompatible with the ecosystem and the notion of climax refers to more or less stable communities that occur in the advanced stages of ecological succession, in the absence of external perturbations.
The so-called climax communities are named according to the plant association that characterizes them: Quercetum, Fagetum, etc.
Entering into the specifics of the conditions of equilibrium or otherwise of an ecological succession, disclimax is defined as a condition of disturbing climax maintained by circumstances, such as human interventions, excessive grazing, recurrent fire, which determine a relatively stable plant community, but different from that of climax .
Instead, pseudoclimax is defined as a stage of ecological succession that stabilizes thanks to the intervention, periodic or constant, of factors that do not allow the evolution towards climax, such as fire or wind.
An example of pseudoclimax is given by the Mediterranean scrub, which does not evolve towards the forest due to the constant action of brackish winds, or the African savannah, whose evolution is blocked by the periodic recurrence of fires.