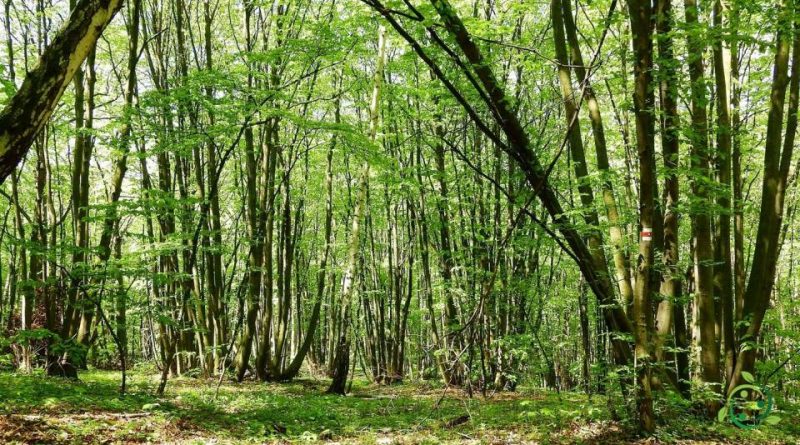 The term coppice refers to a form of governance of a wood, in which the subsoil is replaced with suckers originating, after the cutting of the plants, from buds of the stump.
The term coppice comes from the Latin caedo, “I cut”.
This type of woodland formation, therefore, essentially consists of suckers, that is, from trees coming from agamic renewal (vegetative multiplication). With the cut, the population is not replaced in its entirety but only in the epigeal part.
The suckers are divided, in turn, into “true” and “false”.
True suckers are those that arise from provencial buds and are already connected with the vascular system of the plant so they are more vigorous and above all stable.
Those that arise from adventitious buds require a more or less long period of time to create connection relationships with the plant’s vessels, resulting more unstable mechanically and therefore of little forest interest.
The coppice is then divided into coppice of the same age and coppice to steering or uneven.
The coppice of the same age is divided into two types: simple or matricinate.

– In the simple coppice all the stumps are subjected to cutting, as happens, for example, for the stone. In northern Europe, broad-leaved trees are rare and are subjected to total coppicing. In Italy, on the other hand, by law the simple coppice can be applied only in some types of woods composed of species that bear young fruit or that easily emit root suckers: in both cases the matricines can therefore be superfluous;
– the matricinate coppice, on the other hand, provides for the release of some plants that take the name of matricine; these have different functions. First of all, they provide for the renewal, necessary to replace the aged stumps that have lost their sucking capacity. These are easily recognizable as they widen and empty inside. Other reasons why matricines are released are to ensure biodiversity through pollination and to prevent soil erosion by always maintaining a certain degree of cover. Some distinguish between matricines and reserves. The latter have the same function as the former, but belong to different species than those of which the coppice mainly consists.
Steering or uneven coppice are present on the same stump suckers of different ages. Steering coppice is a form of traditional treatment in some areas, mainly linked to coal production. On each stump, suckers aged one, two and three times a shift are released. This allows to have different assortments and to maintain a constant soil cover. Steering coppice no longer finds great application, both due to the decrease in demand for the assortments that can be drawn from this type of treatment, and because it requires highly qualified personnel to perform the cut and because it lends itself little to the use of the chainsaw.