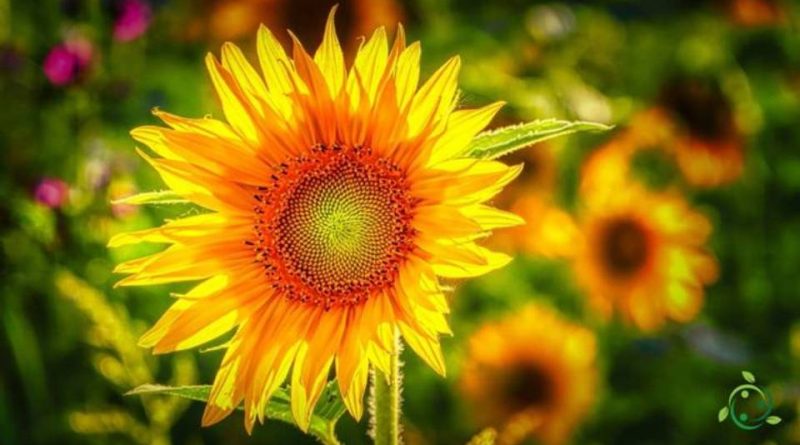 The term calatid, in botany, means the flower head inflorescence of the Composites, also called anthodium or simply flower head.
The calatid is the typical inflorescence of the Asteraceae family.
The calatid is made up of many sessile flowers and is surrounded by bracts that make up the casing of the calatid as a whole.
In the calatid, therefore, the numerous small flowers are densely implanted each on an alveolus of a more or less discoidal receptacle, which has a hemispherical, ovoid or club-like shape and covered on the outside with involucral bracts called fillari.
In the calatid the flowers are often accompanied by a small scariose bract (ricettacular bract or straw) and often those inside (disk flowers) differ from those of the periphery (ray flowers).
The whole inflorescence simulates a single flower.

The flowers that form the calatid can be of two types:
– tubular flowers, radially symmetrical (actinomorphic), with 5-lobed corolla; their number varies from a few tens (or less) to over 1000 (Oldenburgia).
– ligulate flowers, bilaterally symmetrical, (zygomorphs), with 5-lobed corolla, fused in a ribbon-like extension (ligula).
Calatid can be formed:
– from a single type of flower (tubular or ligulate), in this case they take the name of “homogamous flower head”
– from both types of flowers (tubular and ligulate), in this case they take the name of “heterogeneous flower head”. In the flower heads bearing both flowers, the tubular flowers are arranged in the center of the flower head (disc flowers), while the ligulate flowers are arranged at the periphery (ray flowers).