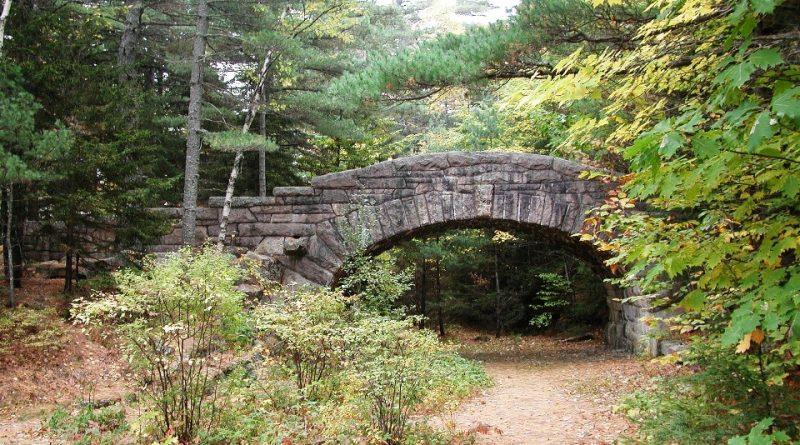 Acadia National Park, whose WDPA code is: 2353 is a United States National Park located off the Atlantic coast of Maine. This park preserves a large portion of Mount Desert Island, and its associated islands. The area includes mountains, coasts and lakes. This area was recognized on July 8, 1916 (as a Sieur de Monts national monument), subsequently, on February 26, 1919 as the Lafayette national park and, finally, on January 19, 1929 with its current name.
Acadia National Park Acadia National Park contains within it 150 lakes and 450 miles of waterways, as well as ecosystems ranging from wetlands to pine forests, mountain areas to alpine tundra. Sea and mountains meet in Acadia National Park in Maine. Most of the park is located on Mount Desert Island, a patchwork of parks, private estates, and seaside villages.
Acadia National Park protects the natural beauty of the highest rocky headlands along the Atlantic coast of the United States, an abundance of habitat and a rich cultural heritage. With 3.5 million visits per year, it is one of the 10 most visited national parks in the United States. Visitors enjoy 27 miles of historic automobile roads, 158 miles of hiking trails, and 45 miles of carriage roads. 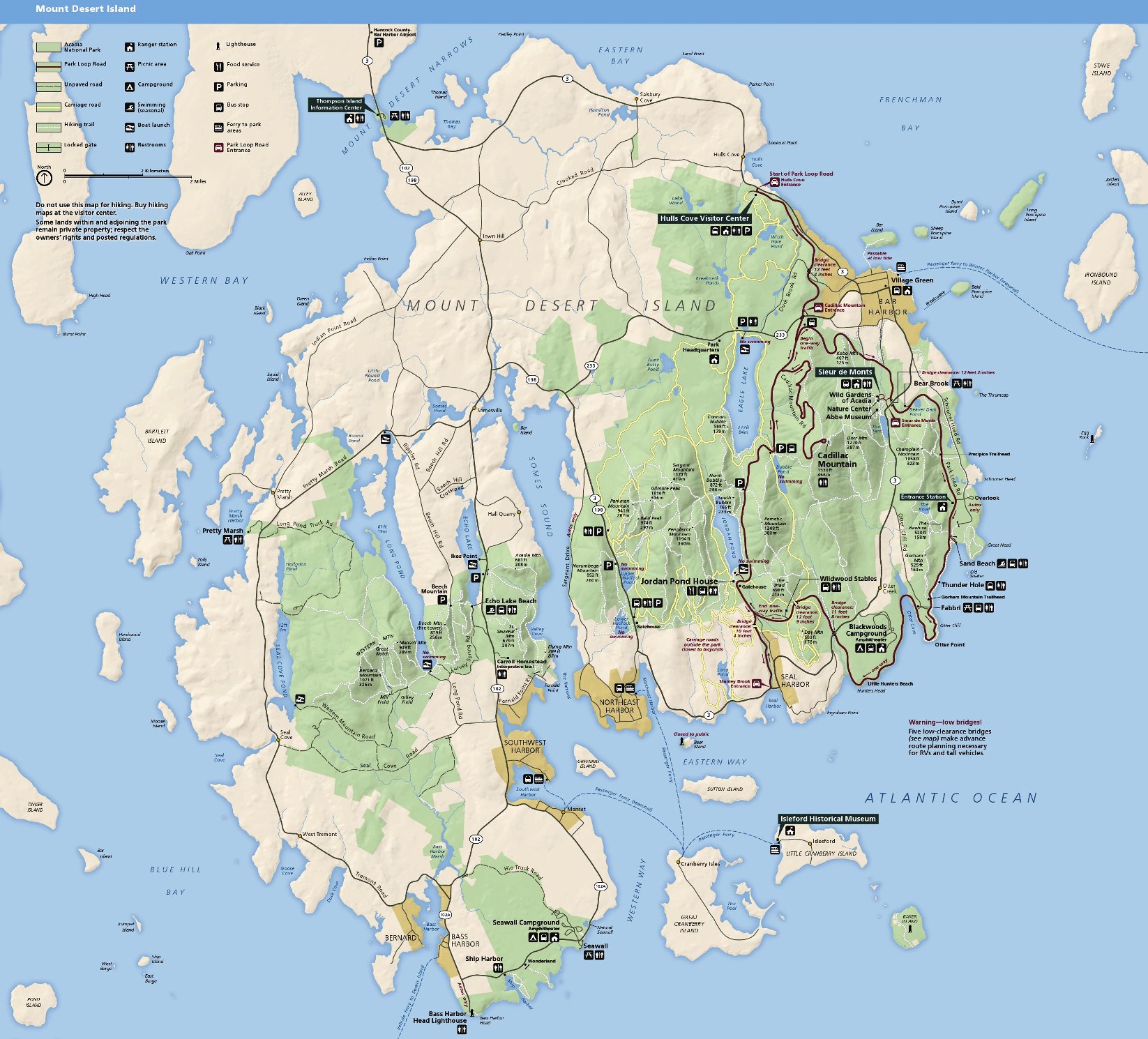 Flora –
The diversity of Acadia National Park is reflected in its ecosystem. more than 1,100 plant species are found here. There is also a wide variety of plant communities throughout the park, from wetlands to the coast to the depths of deciduous or evergreen forests.
Acadia’s iconic trails wind their way through a dark, dense forest, where wooden walkways protect a thick carpet of moss underfoot.
Some rare plants can thrive only in rocky outcrops near the top of the mountains.
Among these we remember the ferns.
Ferns thrive in cool, humid, shady areas, which are quite common on the Maine coast. Some of the easiest ferns to recognize are rock polypody species, which look almost identical and are often found growing in leaf litter atop large rocks. The fronds are unique and appear to grow in a small colony or mat. Another related common fern pair are the cinnamon fern and the interrupted fern. Both are large ferns with vegetative fronds arranged in swirls around the center. The cinnamon fern has separate, fertile, spore-producing fronds that sprout from the center of the plant in spring. These fronds are a cinnamon-like golden brown color, which is the plant’s common name. The interrupted fern produces fertile leaflets in the upper third of the vegetative fronds, so the frond is “interrupted” by the smaller fertile leaflets “inside” the frond.
The herbaceous species cover great relief; about a quarter of the plants encountered in Acadia National Park appear to be “herbaceous.” The amateur would probably call all these herbs, but actually some are sedges and others are rushes.
Also important are the formations of mosses and liverworts.
If you find a swamp in Acadia National Park, you are sure to see sphagnum moss. Mosses, like ferns, reproduce by spores. Mosses necessarily always grow in low mats in moist areas close to their nutrient source. Sphagnum species are common and come in shades of green, red and brown. Swamp mounds, which are small mounds of sphagnum, often form to create an undulating swamp surface. Each species of sphagnum finds its niche based on soil moisture levels. Therefore, the sphagnum species that grow on the top of the mounds are usually different from those that grow between the mounds.
Also if you are in a wooded area of ​​Acadia National Park, it is likely that you will find common and native forest flowers, such as wild lily of the valley (Maianthemum canadense), blueberry (Cornus canadensis), golden fillet (Coptis trifoliaformerly C . groenlandica), blue lily (Clintonia borealis) and starflower (Trientalis borealis). In August and September Acadia’s native wildflowers, asters and goldenrods, are in full bloom.
Recall that almost a quarter of the flora of Acadia is not autochthonous and about 25 species are rare plants listed by the state and protected. It is evident that 300 years of settlement and land use by European peoples have changed the composition of plant communities throughout Acadia National Park.

Fauna –
Acadia National Park contains a variety of natural habitat that provide shelter for many different animal species. Its position on the coast and the diversity of habitats explains this richness of species. The size of these habitats and their separation from other larger natural habitats, however, limits the types of animals found here. Small animals adapted to smaller habitats are therefore more common, unlike large mammals such as the black bear and elk which require large areas and are rarely seen.
In order to observe the large amount of fauna present one must have patience.
With a record of 338 bird species encountered, Acadia National Park is considered one of the top birding areas in the country. Only twenty-three species of warblers have been recorded as nesting in the park.
Each year, strong northerly winds push thousands of raptors from Maine and Canada south along the east coast as they migrate to warmer areas for the winter. With its sweeping views and the highest vantage point on the east coast, Acadia’s HawkWatch location on Cadillac Mountain often offers visitors an up-close look at flying birds of prey. Each year, program participants see large numbers of spiky-skinned hawks and American kestrels.
As for the ichthyofauna, historical documents indicate that 31 species of fish have been encountered in the lakes, ponds, and streams of Acadia National Park, although today only 28 can be found.
Also with diverse habitats, from the ocean coast to the granite peaks of the mountains, Acadia National Park contains many different types of insects. The listing of these species is the work of biologists and naturalists who conduct a rapid assessment of a specific group of invertebrates for a period of 24 hours. These BioBlitzes document the presence of species, provide estimates of species richness, and identify rare and unique species.