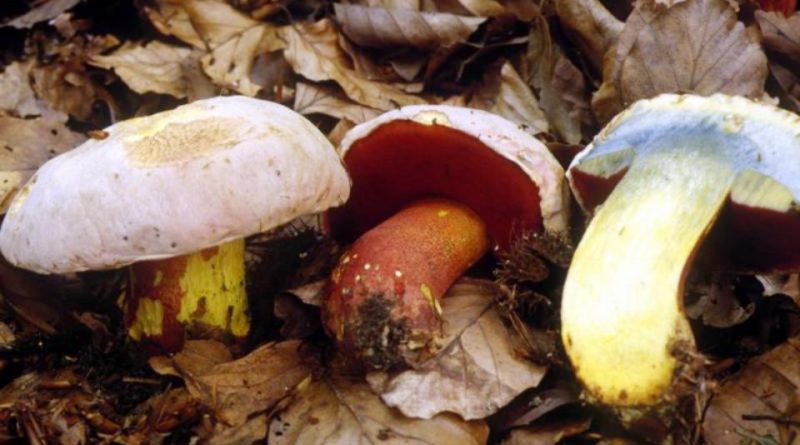 Etymology –
The term Rubroboletus is the union of the terms rubro, which comes from ruber, -ra, -rum red and caeruleus ceruleo: red and blue in color, and boletus, a term of controversial etymology: the name derives from the Greek βωλήτης bolétes, a sort of mushroom (from βῶλος bólos gleba, clod, soil, reference to the growth substrate, but others believe that βῶλος should be understood in the sense of sphere, since the young hat in most cases is globular) for some authors it would derive from bolites, name with which the Romans called the best edible mushrooms, originally referring only to the ovules, but soon also used for porcini
The specific epithet rhodoxanthus comes from the Greek rhódon = pink and xanthós = yellow, that is pink and yellow, due to the color of the hat.

Geographic Distribution and Habitat –
The reddish Boleto is a fungus that grows in broad-leaved woods (Castanea sativa, Quercus ilex) in neutral or weakly acid soils, in the period from June to September. 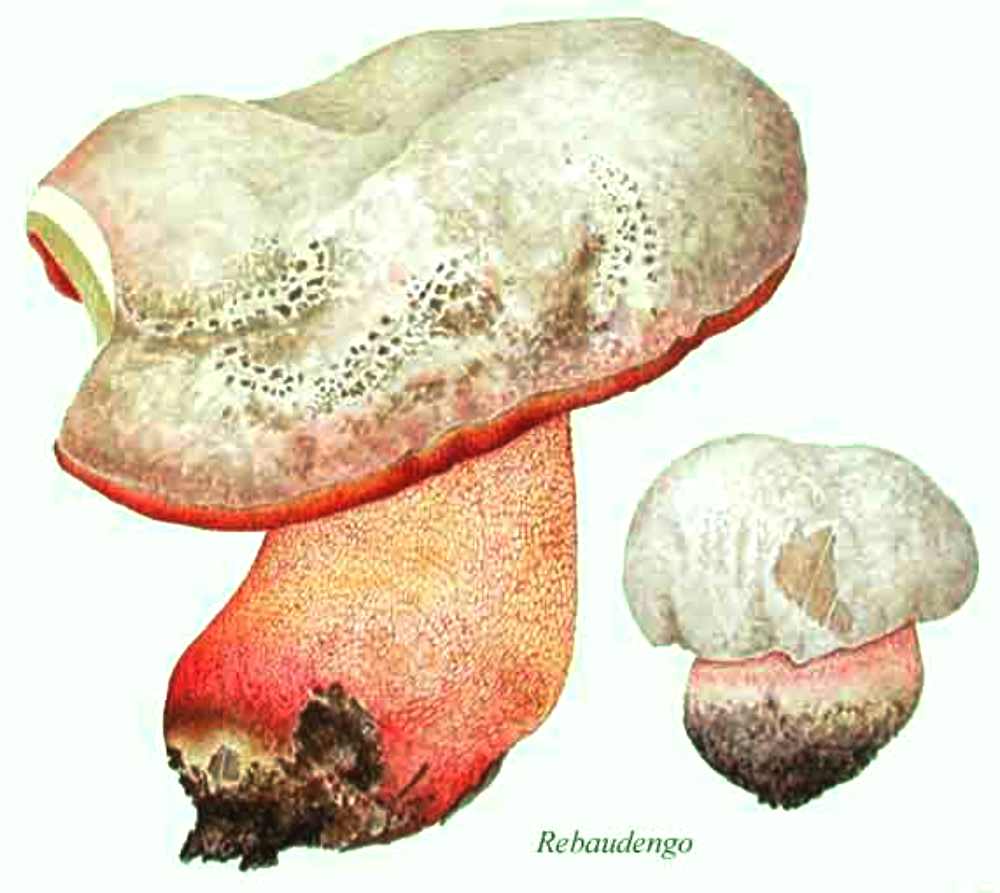 Recognition –
Rubroboletus rhodoxanthus is a fungus that is recognized for its bright livery, characterized by the contrast between the color of the cap, white with a pink border, and the intense blood-red color of the pores.
It has a hat of 6–20 cm in diameter, first hemispherical, then convex and fleshy.
The cuticle is whitish in color, with more marked reddish hues at the edge, when pressed it turns yellow-brown, slightly felted, tomentose, then smooth.
The tubules are short, yellow-green, then blue-green to the touch.
The pores are small, rounded in shape, yellowish to red-orange to blood-red in color; to the touch they turn greenish-blue.
The stem is 6-12 x 3-5 cm, cylindrical or slightly enlarged at the base, bright yellow at the apex, reddish at the base, covered by a thin red lattice that reveals, especially in the apical part, the bright yellow context , becomes bluish to the touch.
The flesh is compact, firm, lemon-yellow or golden-yellow in color that when cut turns intensely bluish only in the cap, in the stem it remains unchanging, with a fruity smell and sweet taste.
Under the microscope, spores of 10-16 x 4-6 µm are noted, brown-olive in mass, yellow under the microscope, smooth, ellipsoidal, fusiform, with weak suprailar depression.

Cultivation –
Due to its toxicity characteristics, Rubroboletus rhodoxanthus is not cultivated for edible uses.

Customs and Traditions –
The reddish Boleto is a beautiful boleto with bright colors ranging from the blood red of the pores to the bright contrast of the lattice with the bottom of the stem.
This species in 2014, with the advent of phylogenetic analyzes, was segregated in the new genus Rubroboletus. In 2015 the species was recombined in the genus Suillellus, however, discrepancies persist between the various authors on which priority name this species should have. All the recombinations in Suillellus of Blanco Dios referred to taxa other than queletii and luridus are devoid of phylogenetic support and therefore would be invalid. It follows that currently the correct location of this mushroom is in the genus Rubroboletus.
This mushroom can be confused with other species including:
– Boletus rhodopurpureus, also poisonous, which has homogeneous reddish tones on the cap, without whitish shades and the flesh turning intensely to bluish in all its parts and not only in the cap as occurs in Boletus rhodoxanthus;
– Boletus satanas, which has pale yellow flesh, which turns blue with the same intensity in the stem and in the cap, the corpse odor and the stem usually thicker at the base.
In any case, Rubroboletus rhodoxanthus is also a toxic mushroom, even if with an inconsistent behavior that varies significantly depending on the growth substrate.
The poisoning is sometimes minor, to the point of going unnoticed.

Preparation Method –
Rubroboletus rhodoxanthus is a fungus which is not recommended to be collected both for its toxicity and for ecological reasons in order not to disturb the delicate balance of its habitat.
Guido Bissanti