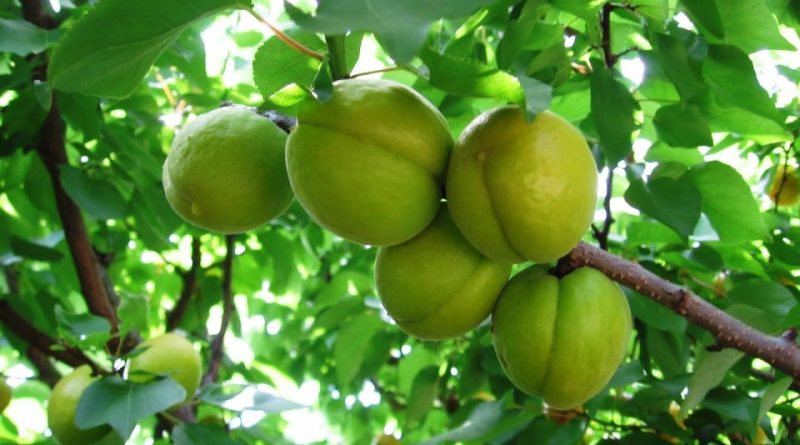 Apricot (Prunus armeniaca L.) is a tree of the Rosaceae family, originally from China and which was subsequently imported to Europe by the Roman Lucullus.
Before going into the pruning period of this plant, some notes on its biology should be mentioned, which are crucial not only in the pruning technique but above all for the choice of the time.
The apricot is in fact a plant with early flowering, which makes it more prone to damage from frost returns, in the spring period.
Furthermore, the cultivars present on the Italian territory are, in general, self-compatible, even if almost never a single variety is used, while the cultivars from the USA are self-incompatible.
In this plant the pollination is entomophilous even if there seems to be cleistogamy in the self-compatible ones, however it is not possible to produce without pollinators. Other important data are those of the pedoclimatic limits, for which this plant needs 250-1200 UF, a cold requirement which, if not satisfied, leads to floral anomalies and high bud drop; furthermore, other main limiting factors are the excess of humidity in the soil and in the air and its sensitivity to root asphyxiation. It fears returning frosts, which is why it is best grown in the south.
Based on these data, it is evident that the technique as well as the pruning period must be adapted to the physiological needs of the apricot.

Pruning period –
The pruning of apricots, as well as for other fruit trees, must be carried out in the first 4 years of the plant’s life.
The first cut is the most important as it will give the final shape to the crown. Subsequently, the cuts are necessary to harmonize the foliage and give it a suitable vegetative and productive balance. In this sense, after the first cut, more than anything else, the elimination of excess branches and the containment of the vegetative development of the plant are carried out.
Given the physiological characteristics of this plant, the optimal pruning period must be performed in two periods: in spring and early summer when the branches are full of leaves. For the apricot, in fact, we talk about green pruning and this must be done from March to the end of May and from June to the end of July.
The first pruning operation aims to eliminate the shorter excess branches, which have a maximum length of 20 cm.
The second intervention, that is the real summer one, aims to cut the mixed branches, which have lengths of 30-70 cm.
A last cut must then be performed at the end of August when the development of the buds is now completed.
It should also be remembered that generally the apricot tree can be given three forms of farming which are:
– jar;
– spindle;
– delayed vessel.
In the pot-grown apricot, pruning must be performed following an enlarged shape of the crown. In this case, we start from a fairly narrow base that widens as we go upwards.
This form of training is obtained by keeping the internal part of the crown clean and well ventilated. The spindle shape, on the other hand, requires the use of supports. In this case, in fact, the vertical development of the cultivated plant is privileged, generally in rows.
Finally, in the delayed pot shape, this is ideal for growing small plants, which do not exceed two meters in height.
One last piece of advice that becomes even more important due to the delicacy of the apricot with regard to some fungal infections and other cryptogams: the tools to be used must always be thoroughly cleaned and disinfected before and after use.
In fact, cutting operations carried out in an imprecise manner and with dirty tools or not perfectly healed wounds can give rise to fungal and bacterial diseases that are very dangerous for the life of the apricot which can also easily lead to its death.