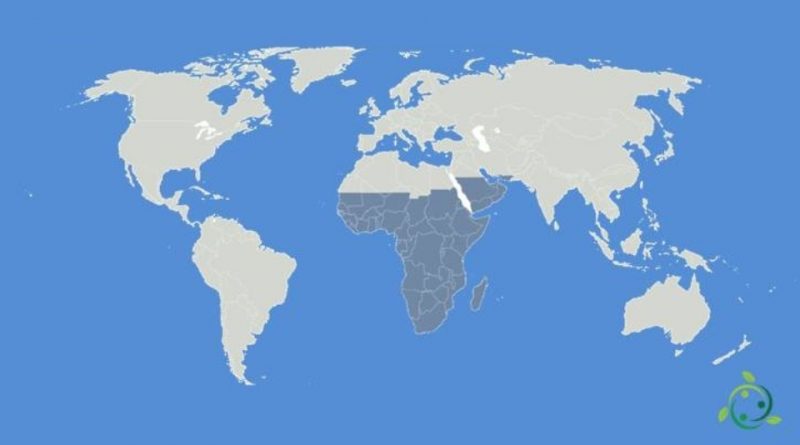 The Afrotropical or Paleotropical or Ethiopian Ecozone is a vast eco region of the Earth extending 22.1 million km2 and which includes non-Mediterranean Africa, the southern Arabian Peninsula and Madagascar.
The afrotropical eco-zone therefore extends over a large part of the African continent, including the western islands of the Indian Ocean, and part of the Arabian peninsula. It is separated from the Palearctic ecozone by the tropical deserts of the Sahara and Arabia.
The northern borders of the Afrotropical Ecozone are not well defined, especially in the Asian part: some authors in fact include a large part of the Arabian peninsula and, sometimes, even southern Iran, others consider only the southern part of the peninsula. The position of Madagascar, one of the regions with the highest concentration of endemics on Earth, is also controversial. Typically, this island is included in the Ethiopian region, but some authors treat Madagascar as an eco-zone in its own right.
Within this ecozone there are terrestrial biomes that are mainly tropical: in addition to the tropical desert there are the savannah in its various conformations, from the tropical grassland to the scrub of thorny shrubs, the seasonal tropical forest, the tropical rainforest and , in the coastal regions, the mangrove.