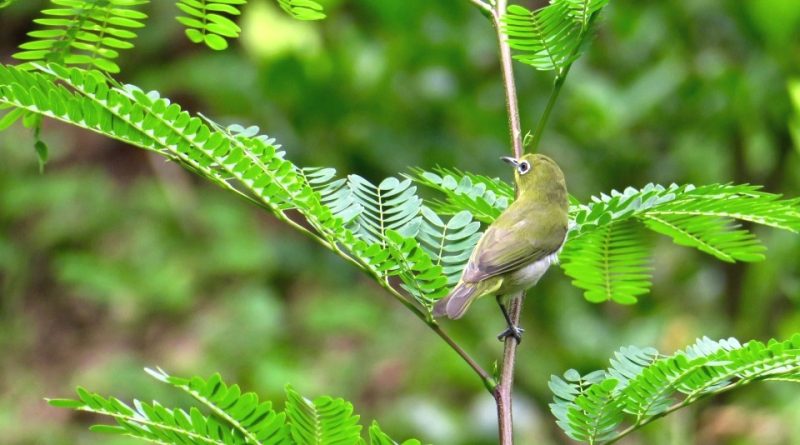 That a great change in history has begun is something so evident, in every component, that it does not require particular efforts of cognition or imagination.
The great climatic changes, the immense human migrations, the cultural disorientation and countless other factors indicate, as in the atmospheric events, that a great storm is underway at the end of which nothing will be as before, not even human civilization itself.
Not even (and I would say above all) agriculture could not escape this great “Historical Storm”. This ancient and primordial human activity that, after the “hangover” of the so-called Green Revolution, must put its feet back on the ground and deal with ancient things like the mountains, what are the principles of Ecology, and new things such as Information Technologies.
Let’s say immediately, as a premise to the conclusions of this contribution, that the agriculture of the third millennium will be born from the perfect synchrony of these two pillars.
Thus, the transformation that, together with strength, will involve our inhabited centers, destined to increasingly assume the identity of Smart City, must also increasingly involve activities related to agriculture. So the farms of the future, near future, will have to find a new synchrony between the ecological system and the production system from which, let’s face it, the intensive agriculture of the last few decades has not been rejected on all fronts:
– specialization of crops in stark contrast to the energy principles of Ecology;
– use of synthetic products and other inputs in an attempt to remedy the consequences of this model;
– Open-type corporate energy models, with consequent low process efficiency;
– mechanization and farming techniques often inappropriate;
– alteration of the relationship of experience and knowledge between the human factor and the ecological factor (impoverishment of knowledge).
Smart Farms should not be seen, therefore, in order to curb the usual ultra-economic interests and improvised experts, only as an efficiency of the business input management processes but as the correct response of a territorial cell, such as a farm, with respect to the needs energies of an ecosystem.
We consider that FAO, the Food and Agriculture Organization of the United Nations, expects the world population to reach 8 billion people by 2025 and 9.6 billion by 2050. To properly follow the population growth, food production will have to increase by 70% by 2050.
Here obviously the “experts” mentioned above intervene, stating that: the solutions related to precision agriculture, which will characterize the “Smart Farms”, will acquire an ever greater weight and relevance.
Beyond the possible applications connected with the management of a Smart Farm, whose benefits are not denied in this contribution, if you do not take a conceptual leap on what it means to manage ecological systems, you risk taking a step forward, on front of the efficiency of the inputs that agricultural activity needs, and of many steps backwards if we do not consider a cardinal principle:

– farms, as well as the cells of a human body that exchange physical and chemical information, with various systems, such as eg. osmosis, are the cells of an equally complex body which, in order to function, must be able to communicate with cellular peculiarities within specific organs that in the ecosystem are called Habitat.
Well, if we are able to understand that companies are the cells of a tissue and habitats are its organs, then the entire production model of the future agricultural organization, which takes the often misused name of Agroecology, will have to acquire such characteristics. therefore the relationship between the inputs (more or less computerized and efficient, such as ICT technologies) and the cells (Farms) of the organs of the great Earth Body, which are the habitats, must become synchronous, thus solving the great scientific error, and therefore technical, which has affected this last part of the history of agriculture.
So what are the needs of future agricultural innovations at this point?
Someone already puts forward the thesis of “so-called Precision” agriculture as a solution to the evils of the whole question, some others fear unlikely “returns to the past”, restoring production models that were necessarily linked to the knowledge and technologies of the times.
The solution is neither one nor the other.
The future of agriculture (as well as of all human activities) is subordinate to that Integral Ecology (masterfully enunciated in broad terms in the Encyclical Laudato Sì by Pope Francis), which in summary consists of a new Awareness:
– no human activity (computerized or not) can move away from the most perfect thermodynamic machine which is the Ecosystem.
In this machine each single component is in dialogue with the others through a varied system of exchanges and information in which everyone is a competent and active part.
Here the concept of useful and harmful things (insects, plants and other living beings) immediately decays as each monad (to bother Leibniz) plays a role, however and always, specific and intermediate and as the increase (infestation) or the decrease (loss of biodiversity or genetic erosion) are only responses of the ecosystem to try to repair human error: in this case of an agricultural model not synchronous with the habitat in which it is located.
Here too, for the proponents of false production efficiencies, and in order to clear any future doubts, the most efficient cells (farms) are those perfectly inserted within the ecosystem organ (habitat) in which they exist.
Without going into complex thermodynamic calculations linked to ecology, we therefore say that if we want to meet the correct “Fears” of FAO, the world, of that future that has already begun, can be fed and satisfied, in its needs, certainly by efficiency of “digital services” but above all from a New Human Vision.
Therefore, if we want to respond to the title, Smart Farm and Ecological Rebirth, we must begin to rethink and then form a management class that is both scientific and technical, both political, which faces the question in the correct direction. Any other consideration is the result only of partisan interests and humanity is now “forced” to know only one part: Life.