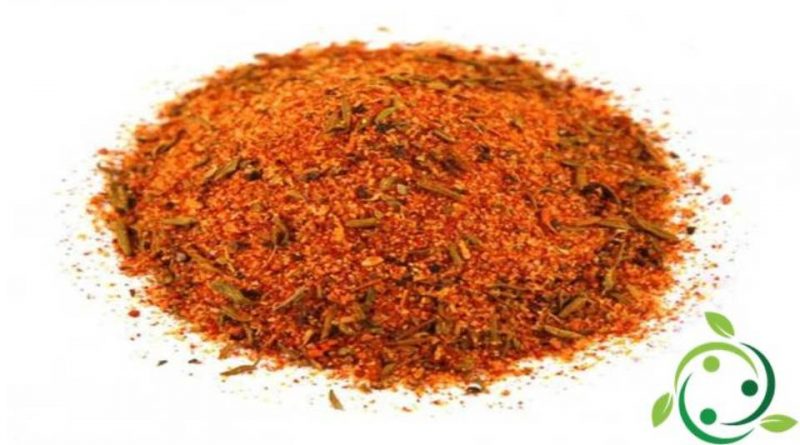 Creole is a mixture of spices whose place of origin is to be found in India and then spread to other parts of the world.

Origins and History –
Creole is a blend that originates in Central Asia and that has developed with different variations as it spread and adapted to different culinary schools.
In fact, the spice blends were born all over the world from ancient practices, their use is linked to ancestral knowledge, which has always helped man to protect himself against disease and strengthen the body.
In ancient times the spices were naturally combined for their beneficial effect on the body, with the development of scientific medicine, their function was reduced to the aromatic or gustatory sphere, even if the consumption of these foods is still recognized as beneficial in many cases.
Mixing spices to obtain mixtures is never a casual act: spices are mixed according to the overall flavor that the mixture will confer, but also according to ancient therapeutic virtues, now almost forgotten, handed down from generation to generation.
The combinations of spices in the world are many and very different from each other. Among these, the Creole mixture represents a typical condiment that includes white pepper, black pepper, green pepper, pink pepper and allspice, although some add combava, thyme, ginger, garlic, mustard grains or citrus peel.
The Creole blend is also known as rainbow pepper and is the ideal solution for those looking for a tasty combination with acidulous aromas. In addition, it is an excellent substitute for salt to flavor your dishes.
Creole, born in India, has now spread gradually to almost all countries in the world starting from southern Asia, the Middle East and subsequently in Europe, the Americas and Japan.

Description –
Creole is a mixture of spices normally obtained from the union of:
– white pepper, black pepper, green pepper, pink pepper and allspice.
Obviously the variations to this formula are manifold both in qualitative and quantitative terms. It is not uncommon to add other components such as:
– combava, thyme, ginger, garlic, mustard seeds or citrus peel.
However, it is a mixture of each component, previously shredded and shredded and perfectly mixed.
The final result is a mixture of colors varying from pink to orange, more or less intense and more or less finely shredded.

Active principles –
As is evident, the percentage of the various components of the Creole mixture depends a lot on the starting raw materials, so there is no standard data sheet of the nutritional values ​​and substances present in this spice.
This is due not so much to the variability of the components, which in the Creole mixture are used in somewhat standard percentages, but for the variety of the ingredients and also for the difference in characteristics, often of the spices that make it up as they also come from somewhat cultivation systems different.
Obviously for the composition of the individual spices, please refer to the data sheet.

Properties and Uses –
The use of spice blends is preyed on in the mists of time and their composition was not just a matter of chance or dictated by the availability available from time to time.
In ancient times, spices were in fact naturally combined with the goal, not only of thinking about a condiment but because they were at the same time food, nutritional and therapeutic factor. There was no distinction between the nutritional and curative factors. The ultimate goal was a perfect balance.
With the development of scientific medicine, as mentioned, the role of spices has reduced to a mere aromatic or gustatory aspect, even if the consumption of these foods is still recognized as beneficial in many cases.
Only in recent times, with the gradual understanding that the body is one and the medicine cannot be just a fact of temporary and occasional intervention, is the fullest sense of healthy eating being rediscovered, where nutritional and well-being are synchronous.
This is why, in ancient times, spices, including Creole, were obtained not only in function of the global flavor but also in function of ancient therapeutic virtues, which today have been practically erased from the memory of human history.
The Creole blend, in its most traditional form, contains all the therapeutic properties, as well as in the blend of aromas, of the spices that compose it, so refer to the properties of each individual spice described on this site.

Preparations –
The Creole mixture is obtained by obtaining the individual spices, even in the already ground form even if it is advisable to do this only when preceding their mixing to preserve the aromatic and therapeutic properties of the individual spices to the maximum. You can adopt the classic mortar or even a blender.
It is recommended, once the mixture is well chopped and mixed, if it is not used immediately, to keep it in dark glass jars and away from heat or humidity sources.
The use of this mixture can then be used both in the cooked and raw form.
The raw form maintains more its fragrance and spiciness while the cooked form is sweeter and “round”.
The dishes in which it can be used are practically innumerable, from fish, meat, vegetables to soups.