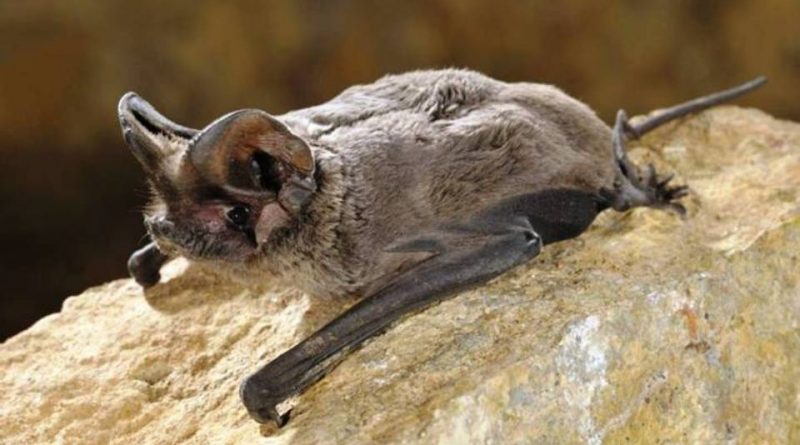 The European free-tailed bat (Tadarida teniotis Rafinesque, 1814) is a bat belonging to the Molossidae family.

Geographical Distribution and Habitat –
The European free-tailed bat is a chiropteran widespread in the Palearctic Region, in an area that surrounds the Mediterranean Sea and with small areas in southern China, Taiwan and Japan (including the Ryu Kyu Islands), through Southwest Asia and the districts Himalayan; its presence in northeastern Thailand is uncertain.
In Italy this species is present throughout the territory.
Its habitat is that of semi-arid environments and more humid areas, rocky cracks, urban environments, artificial structures such as buildings and bridges up to 3,100 meters above sea level. 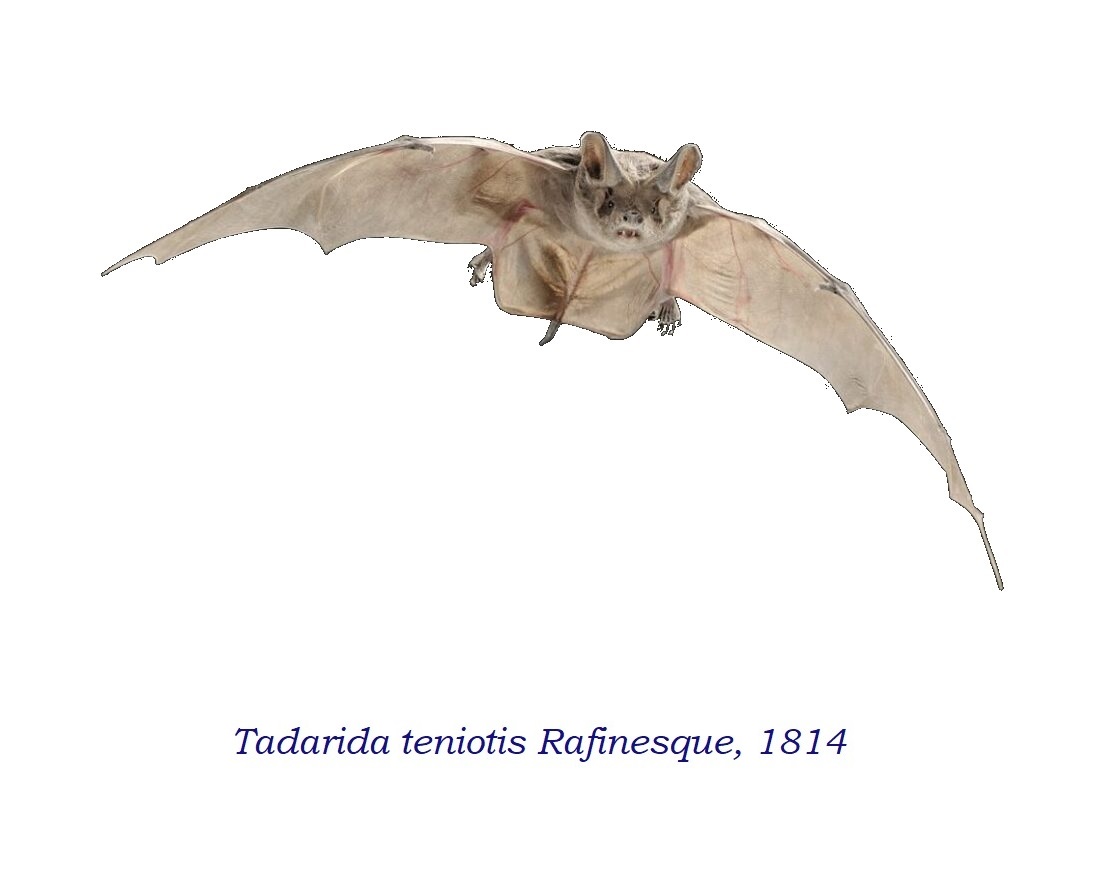 Description –
Tadarida teniotis is a bat that is recognized for having a length, between head and body of 78-98 mm, with a tail length of 44-60 mm, a wingspan of 41-44 cm, for a weight of 25- 50 grams and with not evident sexual dimorphism.
It has a short, thick and soft hair and a coat color that varies from dark gray to gray-brown at the top, light gray at the bottom, with little contrast between the two parts of the body.
The muzzle, ears and patagus are dark brown, almost black.
The muzzle is robust and elongated with front nostrils and upper lip with vertical wrinkles.
The eyes are large, the ears facing anteriorly, long, very wide, oval, with at least 10 folds, not always well evident. Relatively small lines, vaguely squared and rounded at the apex.
Long, narrow wings and short, massive legs with strong nails and spur free of epiblema.
Finally, it has a long, robust tail, protruding about half of the short uropagio.
It emits pop-like verses, as well as ultrasound with an almost constant frequency of 11-12 kHz, which can also be heard by the human ear.
The flight in open areas is high, rapid, mostly rectilinear, partly planed, rigid and with shallow beats.

Biology –
The females of Tadarida teniotis reach sexual maturity at the end of the year, while mating occurs between late winter and early spring.
The gestation lasts 80 days and the birth takes place in May-June, with a small inept who is cared for by the mother for 6-7 weeks.
Life expectancy exceeds 10 years.

Ecological role –
The European free-tailed bat is a bat with crepuscular-nocturnal and sedentary habits except probably the populations of North Africa. His refuge takes place in the rocky crevices where he forms groups between 5 and 400 individuals. In summer it forms nurseries for up to 160 females.
This bat, in the cold months, enters into hibernation, although it does not reach a state of profound lethargy but rather a numbness that causes it to awaken when the climate tends to improve temporarily.
It feeds on insects, particularly moths, beetles, diptera and neuroptera, caught at about 10-50 meters above the ground and with predatory activity that begins in the dark or at dusk and usually continues even in bad weather.
According to the IUCN, given the vast range, it classifies this species as a minimum risk species.