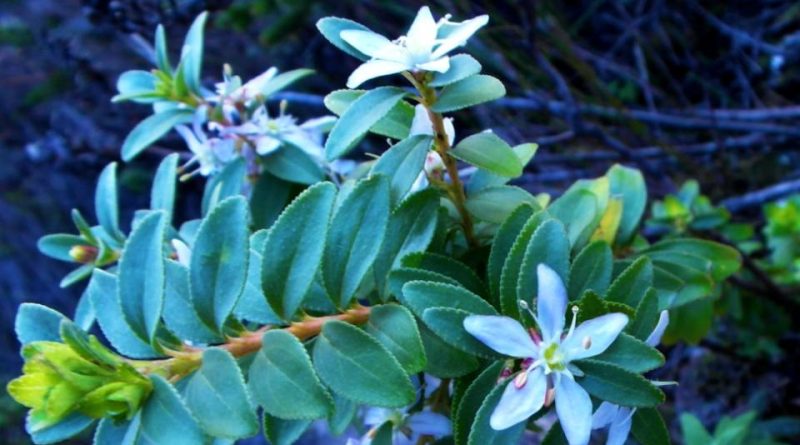 Systematic –
From a systematic point of view, it belongs to the Eukaryota Domain, Plantae Kingdom, Magnoliophyta Division, Magnoliopsida Class, Rosidae Subclass, Sapindales Order, Rutaceae Family and therefore to the Genus Agathosma and to the Species A. serratifolia.
The terms are synonymous:
– Barosma serratifolia (Curtis) Willd.;
– Diosma serratifolia Curtis.

Etymology –
The term Agathosma comes from the Greek ἀγαθός agathós good and from ὀσμή osmé odor: for the pleasant aromatic scent of this plant.
The specific epithet serratifolia comes from serratus, in the shape of a saw and from folium leaf: with serrated leaves.

Geographical Distribution and Habitat –
Agathosma serratifolia is one of about 135 species found mainly in the southwestern province of the Cape in the particular habitat of the fynbos, that is, of the shrubby vegetation that populates a small coastal strip of the Western Cape Province, in South Africa, called the Floral Kingdom of the Cape.
It grows mainly in the mountainous and humid slopes of the area. 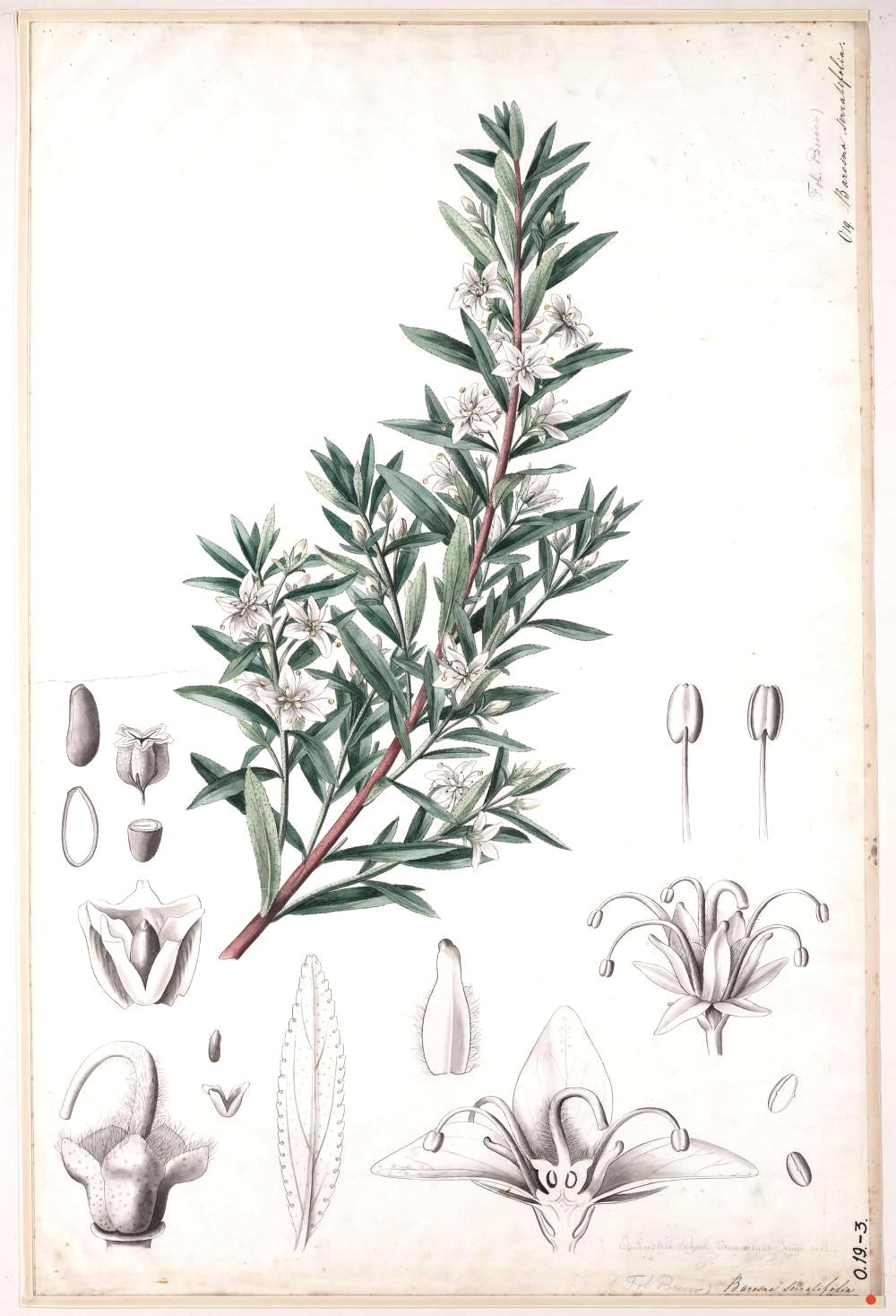 Description –
Agathosma serratifolia, is an erect shrub that reaches 30–100 cm in height, but slow growing.
The leaves are opposite, often crowded, simple, ovoid and slightly serrated, 0.5-3.5 cm long.
The flowers are produced in terminal clusters, diameter 0.7–2 cm, with five white – pink petals.

Cultivation –
Agathosma is a spontaneous species that in its habitat is visited by a variety of insects, in particular bees and flies that carry out entomophilous pollination.
The seeds are released after the flowers have dried.
The fruit is a capsule which, when ripe, explodes to release the seeds.
As with other species, these are shrubs that can re-grow after a fire.

Uses and Traditions –
Longleaf Buchu o Long Buchu, also known by the names of Bookoo, Buku, Bucku, is a strongly aromatic species that is collected for medicinal use. The name Buchu derives from the word Khoikhoi for the plant which literally means “dusting dust”.
Hottentots used an infusion of dry leaves as a diuretic and cure for urinary tract disorders and pulverized the fragrant leaves to sprinkle it on their bodies in order to act as a deterrent for insects.
In the 19th century the leaves were introduced to Europe. The leaves are used to add the aroma and taste of liqueurs, wines and grappas. The leaves contain rutin, mucilage, volatile oils such as limonene and diosphenol (or camphor barosma) also menton, quercetin, hesperidin, alpha-pinene, calcium, iron, magnesium, manganese, phosphorus, potassium, selenium, silicon, zinc, vitamin B1, B2, B3 and vitamin C.
In general it is used as a urinary antiseptic. Contains an oil that increases urine production. A natural diuretic that also has antimicrobial properties and presumably to help strengthen and cure the genitourinary system and is used to treat acute and chronic prostatitis. This herb works well with bermuda grass and echinacea for prostatitis.
Despite the continuous harvest of this plant it is not yet in danger of extinction.
While it is potentially threatened by the invasion of alien plants.

Preparation method –
Of this plant the leaves are used to flavor liqueurs and grappas and, moreover, they are used as infusions for the urinary tract.