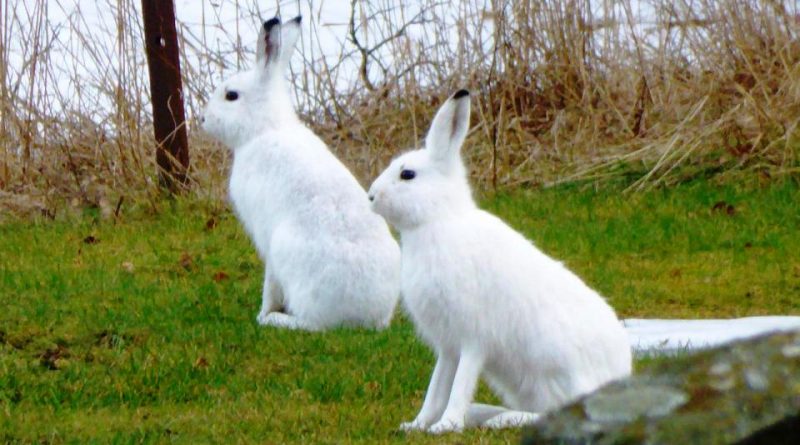 The mountain hare (Lepus timidus, Linnaeus 1758), is a mammal belonging to the Leporidae family.

Geographical Distribution and Habitat –
The mountain hare is a mammal distributed, with its subspecies, in a vast range that includes the northern part of the Eurasian continent, up to Siberia and the most northern islands of the Japanese archipelago, and North America and Europe is also present in the Alps.
In Europe it is present in the northern area, in Scotland and in Ireland.
In Italy it is present only along the Alpine arc, where it lives at an altitude between 1000 and 3500 m, attending practically all types. As a rule, animals tend to frequent the lower altitudes during the winter months, at which the trophic availability is greater and the inclement weather of the season is lower, instead behaving the other way in the summer months.
In the Alps there is Lepus timidus varronis.
It is a mammal that adapts well to life in the high mountains and to the extreme latitudes where it is present with its subspecies, also determined by the isolation of the various populations.
Its habitat is that of sparse forests, bushes and altitude grasslands. It has a large vertical distribution, ranging from a minimum altitude of 700 m to a maximum of 3700 m above sea level. normally, however, the species is observed between 800 and 2800 m a.s.l., with a clear preference for the altitude ranges between 1300 and 2000 m a.s.l. It frequents the woods and heaths, the high pastures and the alpine tundra, going up to the snowy area, while it also descends down into the forest belt of both conifers and broad-leaved trees. 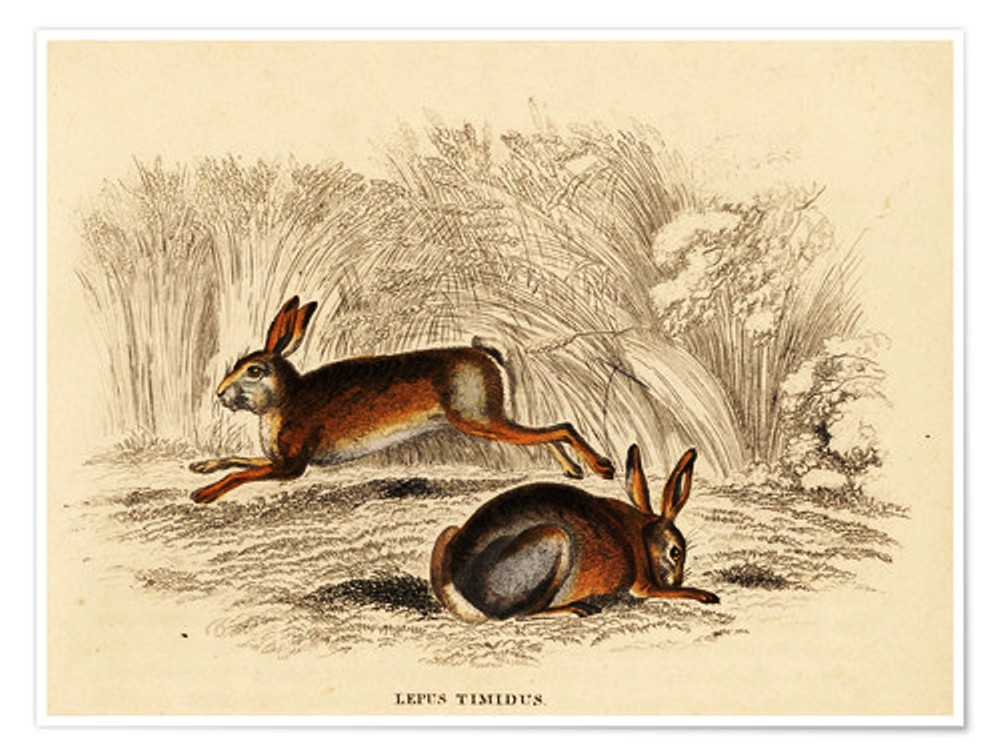 Description –
Lepus timidus is characterized by the typical dichromy that characterizes its livery. During the summer months the fur of this mammal is gray-brown, up to reddish brown, except for the completely white tail, while in the winter months it assumes a white color, with the exception of the tip of the ears which remains dark in color for all year long.
The suit is stimulated by the temperature and the color of the soil. Even the northernmost subspecies do not change the color at all, remaining invariably white throughout the year, since snow dominates the landscape almost unchallenged.
This hare has a medium-small body, with a slight dimorphism between males and females, with a head-body length of 43-64 cm, an ear length of 6.3 – 10.6 cm and a weight of 1.4 -4.7 kg, with females weighing 300-400 gr more than males.
The tail is very short, the hind legs powerful and more developed than the front limbs, the elongated ears, teeth characterized by the presence of 6 incisors, 4 of which are well developed.

Biology –
The mountain hare begins its production cycle, with the mating season taking place in spring-summer, between April and August.
During this period the females leave particular odorous traces which are followed by the males; however, mating takes place only with the male more pleasing to the female.
During the year, a female can have 1 or 2 parts, generally in the period from April to September.
The gestation lasts about 50 days, at the end of which 2 to 5 babies weighing 70-130 g each are born; as in the case of the common hare, the young, just born, already have their eyes open and their bodies covered with hair.
Parental care is limited to breastfeeding; after about ten days from birth, weaning begins which ends around the thirtieth day with young hares that are self-sufficient at the end of this period.
The alpine hare reaches the age of 5-8 years in nature but can be up to 12 years old.
The main mortality factors are represented by the availability of food in the winter months, which is strongly influenced by the snow cover, by parasites and by predation (fox, stoat, marten, marten, lynx, golden eagle, goshawk, buzzard, eagle owl and crow imperial).
It should be noted that hybrids of the common hare and Alpine hare may arise, albeit rarely, as the ranges of the two species, in some cases, partially overlap.

Ecological role –
Lepus timidus is a mammal that carries out its activity especially in the sunset, dawn and night hours, while during the hours it rests hidden in ravines of the ground, under rocks or boulders or even in the thick of the alpine bush. It is a predominantly solitary species that can form groups in the winter if concentrated food resources are present.
The feeding of this Leporidae is strictly made up of herbs, berries and mushrooms. During the winter months, during which the prolonged snowing drastically reduces the trophic availability of the environment, it also adapts to feeding on parts of bark, roots, dry leaves, mosses, lichens and seeds.
As for its adaptation to cold environments and predators, the Alpine hare, in addition to choosing hiding places, has developed, in addition to the wetsuit for fur, a series of physiological adaptations to resist cold Nordic climates.
As for its presence density, the population appears stable or in some cases slowly declining in many areas of the Alpine area. Considered not very abundant compared to other congenital species. The densities are one-two individuals / 100 hectares, with values ​​of four-six / 100 hectares in the optimal areas (V. Trocchi & F. Riga, 2005; F.M. Angelici & M. Spagnesi in Amori et al. 2008).
The main threats to this species are represented by hunting, although the impact of this practice has significantly diminished in recent years due to the reduction in the number of hunters. Tourism activities could have a limited impact, a more important threat could instead be the erosion of the habitat.
Being a species characterized by a sensitive environmental selectivity and a relatively low birth rate, in the areas where the only effective measure appears to be in decline, the adoption of the hunting ban is adopted, moreover the Alpine hare is listed in Appendix V of the directive Habitat (92/43 / EEC). Present in protected areas. Least Concern evaluated by the European Mammal Assessment (IUCN 2007).