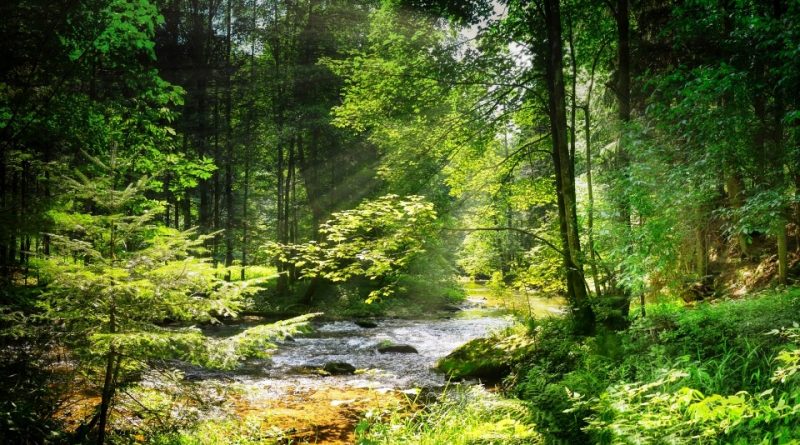 The invisible world of plants

For centuries, science and its model of investigation has dealt with the study of individuals, as if they were separate and unconnected beings. So every living thing, every plant has been evaluated for its specific functions. The roots that absorb water and nutrients, the stem that connects these with the leaves and the latter that process, through photosynthesis, the substances necessary for its life. A limited vision that, in many practical applications, has led us astray and has not allowed us to see the infinite that is within us.
Plants, in fact, like all living things, are not born, live and never die alone. They establish a series of bonds and connections unknown to us, at least until recently, but still all to be deepened and understood in their deepest intimacy.
Plants do a lot of things that go far beyond our wildest imagination. For example they move, even with their times, they react to light stimuli and perceive the force of gravity. They are able to respond directly to attacks by hostile organisms by producing chemical compounds and to “recall their troops”, which are usually predatory insects or other organisms that solve the problems of phytophage infestation.
So far almost everything is normal. But plants go much further: they are even able to communicate with each other, by means of volatile chemical compounds, emitted by the same plants, as for example in the case of an ongoing infestation, and allow all the plants in a territory to prepare the appropriate chemical responses.
Someone will observe that the presence of particular substances such as phytohormones that perform complex functions was already known for some time. Well that of biochemical information between plants and other living beings is only the surface or the tip of an iceberg of a much larger organism that lives in space and time.

The understanding that every single living being, every single plant is in fact a cell of a much larger living being is what is increasingly emerging based on real research and studies done almost everywhere by different researchers around the world. This evidence is confirmed by the complex capacity with which plants communicate and interact with each other.
Plants communicate at all levels. They communicate in the soil with other organisms, including fungi, with which they establish, by means of the roots, a particular type of symbiosis, called mycorrhiza. These connections aim to establish a symbiosis in which the two living beings establish an act of collaboration and love, taking advantage of each other: the plant “donates” to the mushroom of organic compounds, which it produces thanks to photosynthesis and in return the fungus, through its filamentous hyphae, which in turn penetrate intimately every soil particle, obtains those mineral salts that the plant needs, delivering them directly to the roots.
Thus a dense network of connections, of sharing and sharing is created which does not only involve plants and mushrooms but entire ecological systems that can also extend for tens and tens of kilometers. But that’s not all: this dense network is equipped with real structures in the same way as the Internet.
In a way very similar to the definition we have given to the Internet, called: World Wide Web, the one established by this complex and still to be explored system has been called: Wood Wide Web, to mean that complex emanation of Life where all the plants of a forest or an ecosystem are really connected to each other through chemical, electrical signals and information, as mentioned, still to be explored.
In this regard, the researcher Suzanne Simard of the University of British Columbia, has managed to identify even the presence of nodes and Hub trees or mother trees capable of acting as sorting nodes, that is, capable of maintaining a huge number of connections between specimens also of different species, conveying chemical, electrical and warning information.
These mother trees or hubs are real hubs of memory and experience which are then transferred, even after their death, to the entire system. Plants memorize experience and knowledge. It was precisely Italian researchers from CNR who demonstrated that the life of the “Wood Wide Web” is decoupled from the life of the plant; the information also remains 5 months after the removal of the aerial part of the plant.
And if all this seems incredible to you, know that plants also communicate through sounds (which derive from lymphatic movements defined cavitations), conveying messages of cooperation, alarm, address and so on.