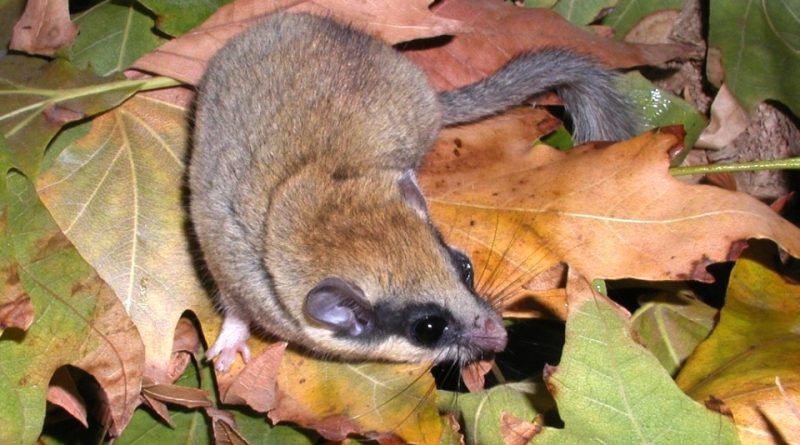 The Forest dormouse (Dryomys nitedula Pallas, 1778) is a small rodent belonging to the Gliridae family.

Geographical Distribution and Habitat –
The Forest dormouse is a species with a wide Eurasian range, widespread throughout the Palearctic region, which extends from Germany, Italy, the former Yugoslavia and Greece to large areas of Central Asia, up to the Chinese region of Tien Shan, at the Afghanistan and Iran.
It is also present in Japan and North Africa.
In Italy it is present around the eastern Alps and some places in the Calabrian Apennines such as Aspromonte and Pollino, where its presence has been reported in quite recent times.
According to some fossil finds, however, the original area of ​​the species once had to be larger and more continuous than the current one; the current condition of geographic isolation of the Calabrian-Lucanian populations are probably the result of local extinction in other regions of the peninsula.
The habita of this rodent is that of the deciduous and mixed forests of the mountain plain, up to an altitude of 3500 m, although it can also go into cultivated areas and gardens. 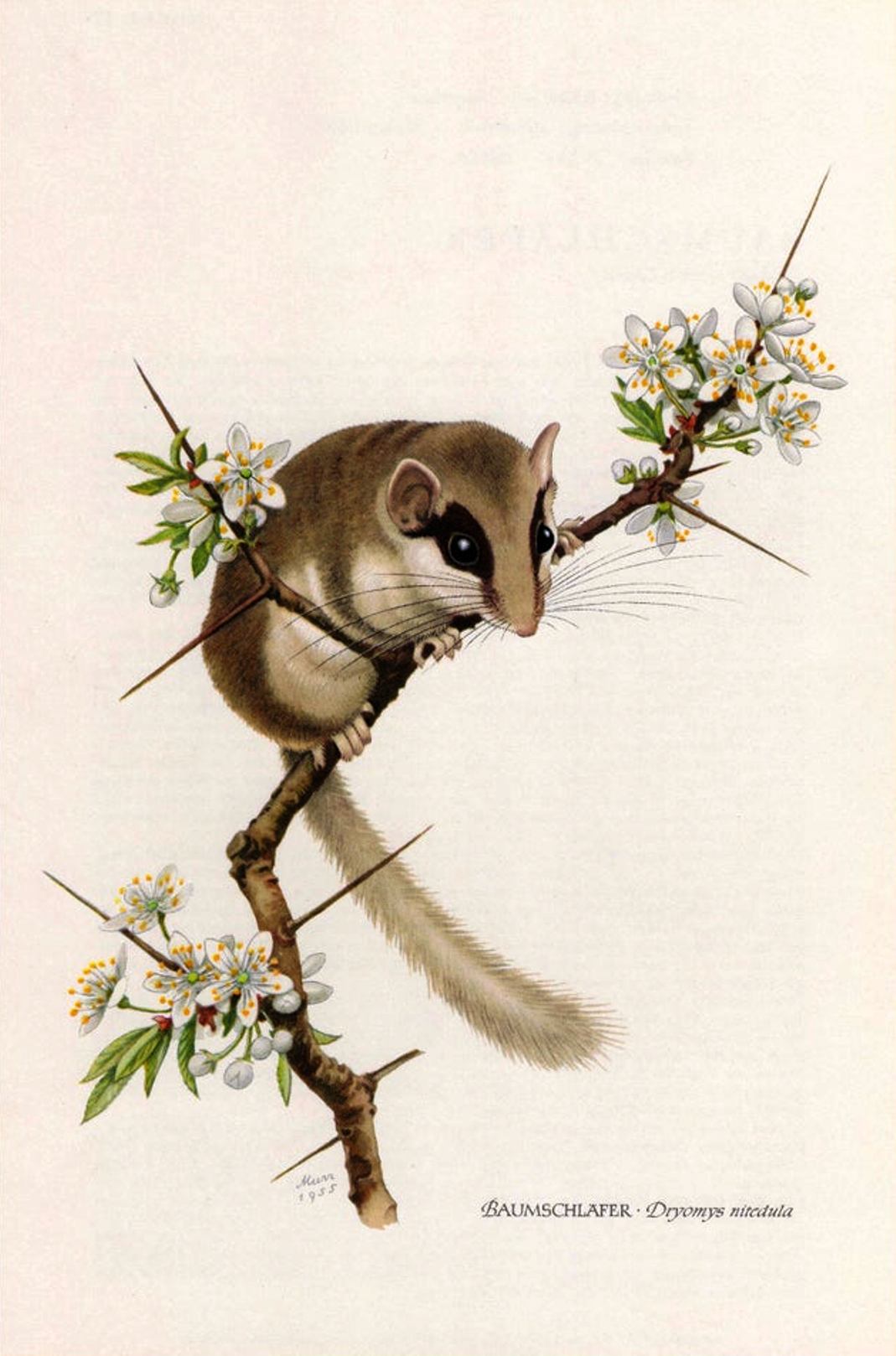 Description –
The Forest dormouse is a small rodent that measures, between head and body, 8-12 cm, for a weight of 17-40 grams, with a slight sexual dimorphism and with the male generally larger than the female.
The tail is 7-10 cm long and is thick and covered with gray-brown hair with a dark gray end.
The coat is gray or brownish-gray at the top and white or whitish at the bottom.
The head has a black mask around the large, protruding eyes, and is elongated at the base of the ears, which are short, well visible and rounded.
It has short legs, with longer hind legs, with 5 toes and 6 plantar pads.
His verses are rumblings, hisses, puffs, puffs, squeaks and, moreover, he has a very developed hearing.
In addition, studies conducted on captive populations have found that this species emits ultrasound, used in social communications, undetectable by the human ear.

Biology –
The Forest dormouse reaches sexual maturity in the year following that of birth.
The mating period fluctuates between April and August.
The mating season varies according to the different latitudes; in European populations, including those in the Alps, this runs from May to August, while in the Middle East it extends from March to December. In cold climates there is only one litter per season while in warmer climates there can be 2 or 3. Gestation has a period ranging from 21 to 30 days, at the end of which the female gives birth to 2 to 5 babies.
At birth the weight of these is about 2 g and the young open their eyes after two weeks of life and are independent already at 4-5 weeks.
The life expectancy of this small rodent, in nature, is around 5 years.
The Forest dormouse, like many genera of the same family, during the colder period hibernates, taking refuge in cavities of the ground, rocks, trees, etc. The period goes, on average, from October to May, in the Alpine populations, while the populations most southerners can remain active throughout the year, even if with numbness in the colder hours.

Ecological role –
The Forest dormouse is an animal with mainly nocturnal and arboreal habits.
Its feeding is represented by insects, parts of plants, eggs and nestlings of small birds.
It is a somewhat shy and elusive rodent, so much so that it is extremely difficult to observe in nature.
He has excellent climbing skills and is capable of jumping up to 2 m from one branch to another.
During the daytime it takes refuge in nests in the shape of a ball that builds at the base of the shrubs or in the hollows of the trees and which are formed by an external layer of twigs and leaves and by an internal coating of moss and bark fragments; the nest communicates with the outside through a narrow circular opening.
This rodent is kept at bay by some predators, among which the main ones are the birds of prey Strix aluco and Bubo bubo.
As for its state of conservation, according to the IUCN, it is at low risk of extinction, even if the fragmentation of the European populations, due to anthropic pressure and the reduction of the habitat, makes us fear that some of them may face locally extinct.