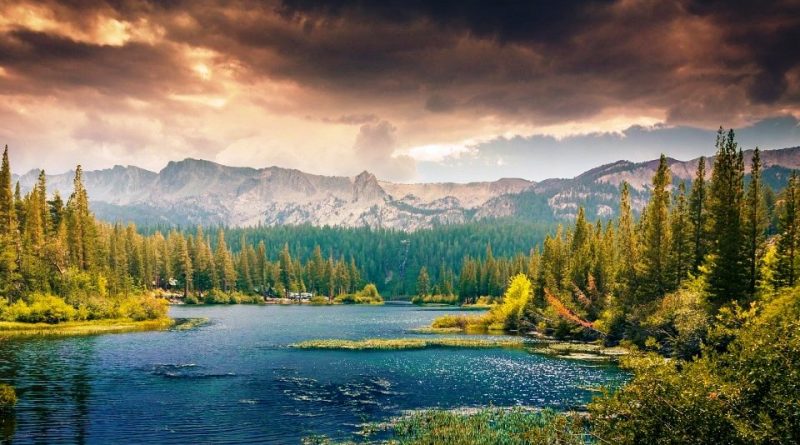 The term natural capital means the entire world heritage of natural resources, which includes geology, soil, air, water, together with all living organisms.
This capital provides humanity with resources, goods, services that are available to all and also called ecosystem services. Among these, above all, the water resource, the air resource, the soil and biodiversity.
The term “natural capital” was first used in 1973 by Ernst Friedrich Schumacher, known as Fritz, in his book Piccolo è bello, and was further developed by Herman Daly, Robert Costanza and other founders of the science of ecological economics, in the context of a global criticism of the shortcomings of the calculation and evaluation systems of the conventional economy.
At the basis of the concept of Natural Capital there is the concept that this is the basis for a correct production of services and well-being essential to human life and ecological balance.
In this context, therefore, ecologists are collaborating with economists to measure and express the values ​​of wealth, inserting natural assets into variables and monetizing them.
In this context, the Circular Economy discipline is inserted, which connects the two systems making them synchronous.
According to one estimate, the economic value of as many as 17 ecosystem services for the entire biosphere (calculated in 1997) has an estimated average value of 33 trillion dollars a year.
To date, however, these ecological economic values ​​are not included in the calculations of the national income and GDP accounts and have no price attributes because they exist mainly outside the global markets.
In June 2012, a “declaration on natural capital” (NCD) was launched at the United Nations Conference on Sustainable Development held in Brazil. An initiative by the global financial sector, was signed by 40 CEOs to “integrate natural capital considerations into loans, equities, fixed income and insurance products, as well as into accounting, information and reporting frameworks”. They collaborated with support organizations to develop tools and parameters to integrate natural capital factors into existing corporate structures.
In addition, in July 2016, the Natural Capital Coalition published the protocol on natural capital.
This protocol provides organizations with a standardized framework for identifying, measuring and evaluating their direct and indirect impacts and dependencies on natural capital.

The protocol harmonizes existing tools and methodologies and guides organizations towards the information they need to make strategic and operational decisions that include impacts and dependencies on natural capital.
The protocol was developed in collaboration with 38 organizations that signed pre-competitive voluntary contracts.
In Italy, with article 67 of Law no. 221, containing “Environmental provisions to promote green economy measures and to limit the excessive use of natural resources”, the Natural Capital Committee was established at the Ministry of the Environment and Protection of the Territory and the Sea.
The goal is twofold:
– enhance the fundamental role played by the Italian Natural Capital with respect to the country’s collective socio-economic system;
– draw up an Annual Report with which to collect data on Italian natural wealth.
The task of the Committee, therefore, is to identify the assets of Natural Capital, analyze them and evaluate actions to be taken to protect them.
The situation is then illustrated in an Annual Report.
The following areas are analyzed in the report:
– the biophysical evaluation of Italian ecosystems;
– Natural Capital in marine eco-regions;
– agricultural ecosystems: the irrigation agro-ecosystem and related ecosystem services;
– pressures on Natural Capital;
– economic and monetary valuations of Natural Capital;
– interaction between Natural Capital and Cultural Capital;
– effects of public policies on Natural Capital;
– the picture of environmental expenses.
All these analyzes represent an important basis for the development of national and Community policies aimed at the defense and protection of Natural Capital.
The final goal, as you can guess, is to enhance biodiversity and natural resources at the basis of our community life and our economic system, for an eco-sustainable development.