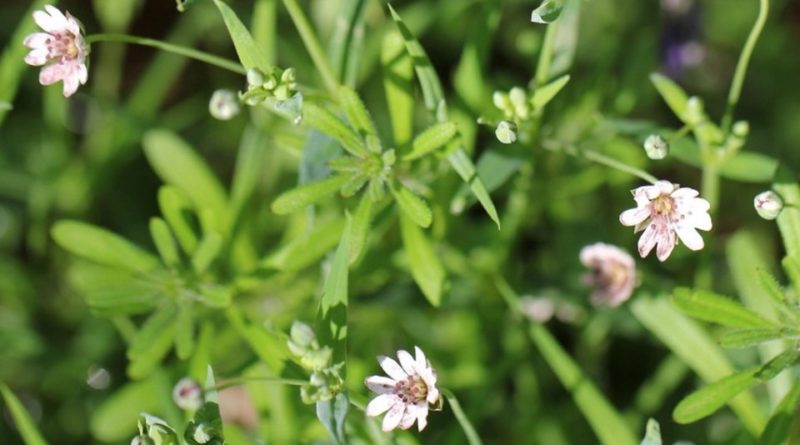 The greater chickweed (Stellaria neglecta Weihe) is a perennial herbaceous species belonging to the Caryophyllaceae family.

Etymology –
The term Stellaria comes from star: for flowers that in full antesis take the form of a star.
The specific epithet neglecta comes from neglego neglect, do not pay attention: neglected, forgotten, not considered, neglected and therefore for a long time confused with some similar taxon.

Geographical Distribution and Habitat –
The large-flowered hundred-eyed is a plant native to Europe, where it is widely present from the Mediterranean to the Baltic and Scandinavia and from the British Isles to Ukraine, but is not a common species. In Britain, it is more common in the south and west but infrequent in the north. In North America it was once a rare plant that has spread rapidly in recent decades, so much so that it is now considered a weed in some states from Maryland to California.
Its habitat is that of the wettest climates and shady areas, and is usually found in woods, hedges, on the banks of streams, grassy, ​​uncultivated places, at the edge of the cultivations, in the flower beds, along the roads, where it grows in the range altitude between 0 and 800 meters above sea level. 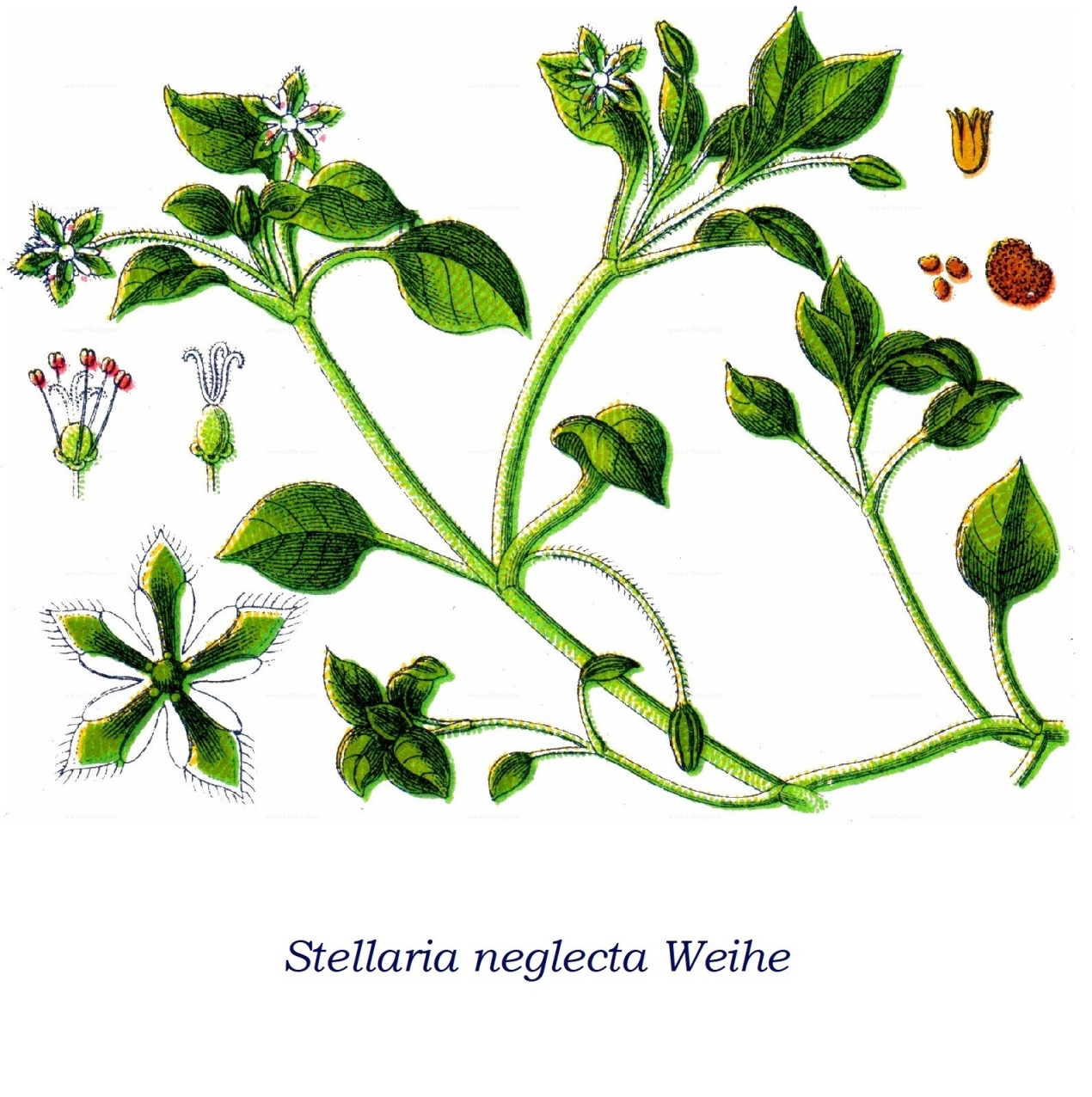 Description –
Stellaria neglecta is an annual, luxuriant herbaceous plant, 10-30 cm or more in size.
The stem has a herbaceous consistency and is cylindrical, prostrate or ascending, green in color, with a line of hairs on the same side at alternate intervals.
The leaves are opposite, with the basal petiolate, the ovate lamina as long as the petiole; the main cauline leaves are sessile, ovate-shaped, of a bright pale green color. The floral bracts are herbaceous and the flowers are carried by a 1-3 cm peduncle, 5 petals, bifid, white in color; the calyx is with sepals, long as or less than the petals. This plant opens the petals only in full sun, so the flowers are always closed in the evening and on cold and shady days.
The flowering period runs from January to July, the flowers are self-compatible and are usually pollinated and entomophilous, even through diptera.
The fruit is a capsule valvicida, ovoid-oblong, membranous, longer than the calyx. Seeds of (1,1) 1,2-1,7 mm, sub globose, compressed laterally, generally reddish brown, with ± conical tubercles. Lateral ile, without rubbing.

Cultivation –
The greater chickweed is a spontaneous plant that grows in lacerated segetal and ruderal vegetation, in crops, gardens, vines, along the roads, in landfills, near houses, where it prefers rather deep and tendentially fresh, rich silty-clayey soils in nitrogen compounds, usually below the lower mountain belt.
However, it can be reproduced starting from seeds in environments similar to those where it tends to grow.

Uses and Traditions –
Stellaria neglecta is a plant traditionally used for various uses in areas where it grows spontaneously.
This species is very similar to the larger forms of the Stellaria media but usually differs in having larger flowers, sepals and seeds, a greater number of stamens and seeds with acute conical tubercles.
The tender tops are used for this plant, raw in mixed salads or boiled in soups, to be harvested between December and June.
Some farmers report that this plant is particularly suitable as feed for chickens, ingestion would apparently increase egg production.

Preparation method –
Stellaria neglecta is often used in the kitchen and young shoots are used for this plant and are sometimes consumed after cooking; the plant is rich in potassium but contains small quantities of saponins, so it is advisable not to exceed it in its consumption.