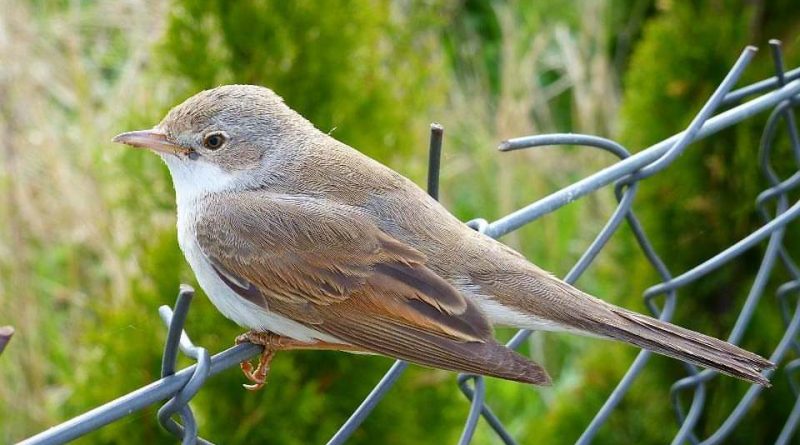 The Lesser Whitethroat (Sylvia curruca Linnaeus, 1758) is a bird belonging to the Sylviidae family.

Geographical Distribution and Habitat –
The Lesser Whitethroat is a bird that lives in an area between the northern area of ​​the equator, Africa, Asia and Europe.
In the western and central European area, part of the Caucasus and Siberia there is the nominal subspecies curruca curruca, while numerous other subspecies inhabit the Asian regions.
In Italy the Bigiarella is a breeding and migratory species, with a limited distribution in the Alpine arc, where it occupies an altitude range between 1,100 and 2,350 meters, towards the upper limit of the conifers and in the transition range with twisted shrubs.
Its habitat is that of open areas with abundant presence of bushes and small trees, edges of woods, heaths, cultivated areas with the presence of hedges, parks and urban gardens. 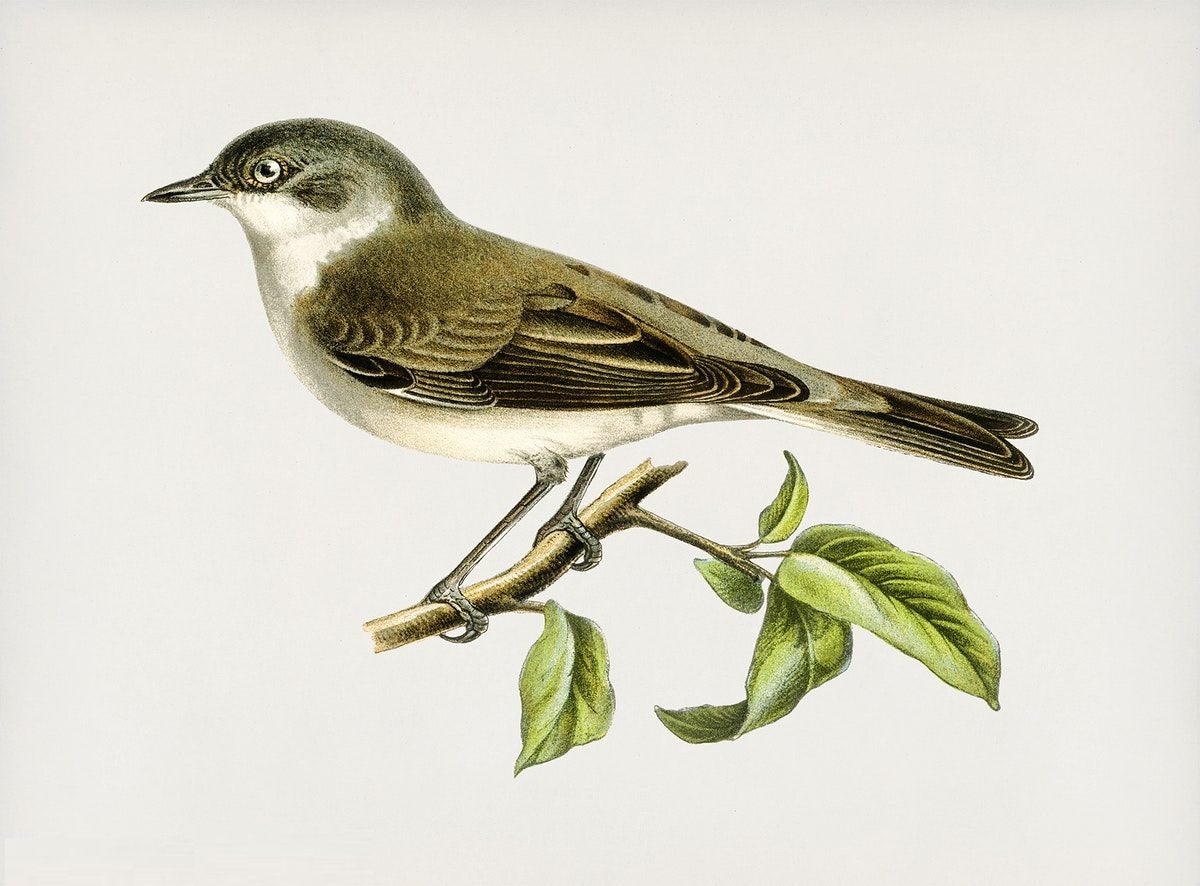 Description –
The Lesser Whitethroat is a small bird with a length of 12-13 cm and a wingspan of 19-20 cm with slight sexual dimorphism, with the young that in the autumn period look like adults, differing only in a thin white streak that starts from the beak, pass over the eye and fade towards the nape.
The adult male and female have a very similar coloring, mainly brown in the upper part.
The head is dark gray, shaded darker still in the area around the eye.
The throat is white in color which on the chest, abdomen and belly fades into a dirty white.
The hips and shoulder are light brown in color and here too the coloring fades in lighter shades towards the abdomen, chest and belly, also the rear part of the belly, near the tail, is uniform white.
The eye is dark and the beak is blackish and fades to a blue hue towards the base at the bottom.
The legs are dark brown, tending to black.

Biology –
In the spring, when the species returns to the nesting areas, the males occupy their own territory, which they delimit with singing. In the courtship phase, the male chases the female even in the open, flying towards her “flickering”; subsequently it performs by inflating the feathers of the chest, raising those of the head, with the tail spread and the vibrating wings, taking on the appearance of a wounded bird. Once the couple has formed, the male is dedicated to the first phase of building the nest, which is then completed together with the partner. The deep cup-shaped nest is placed in a thorny bush, on a small conifer or in some other evergreen shrub, at a height from the ground between 1 and 2-3 meters. The nest is made with dry grass, leaves and cocoons; the reproduction habitat is that of the mountain areas, among the woods rich in bushes and hedges.
The female immediately afterwards lays, generally 5 eggs, whitish in color and dotted with darker spots; the eggs are hatched by both parents for a period of 11-13 days.
The chicks are born in the period between June and July and remain safe in the nest for about 10-13 days after hatching, after which they leave the nest.

Ecological role –
Sylvia curruca is a passerine that in the breeding season is a territorial and solitary species, while in the remaining part of the year it assumes gregarious habits and meets in small groups.
This bird is rather shy and reserved, it usually remains sheltered between the thick bushy vegetation or the foliage of the trees.
It feeds on insects, their eggs and larvae, spiders and small earthworms, but in late summer and autumn the diet includes many berries.
As for the level of conservation, it is a species that in Europe is considered in a still favorable state.
Lesser Whitethroat is a species against which international agreements are required for its conservation and management (Bonn Convention, annex II); strictly protected (Bern Convention, Annex II); protected (National Law 11 February 1992, n. 157).
The area of ​​the Italian population is vast (greater than 20000 km²). The number of mature individuals is estimated at 20000-80000 (BirdLife International 2004, Brichetti & Fracasso 2010) and was generally increased in the period 2000-2010 (LIPU & National Rural Network 2011), although the overall trend is uncertain due to of marked fluctuations.
Locally there are situations of decrease (Brichetti & Fracasso 2010). The species in Italy therefore does not seem to reach the conditions to be classified within one of the threat categories (population decline of 30% in three generations, reduced number of mature individuals, restricted area) and is therefore classified as a minor concern (LC).