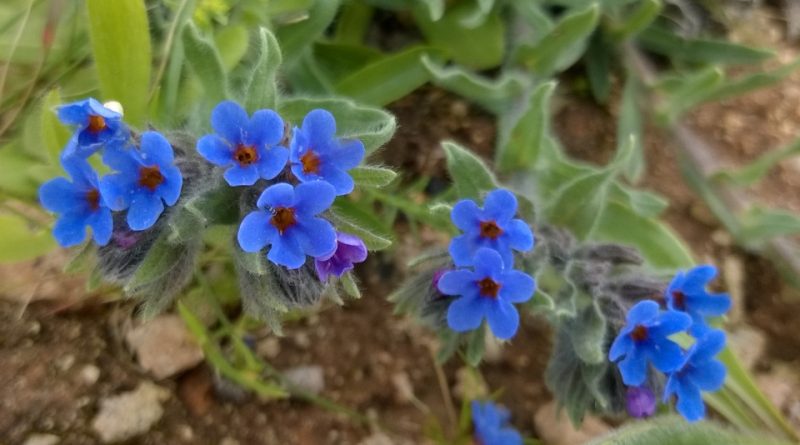 The alkanet (Alkanna tinctoria L. Tausch) is a herbaceous species belonging to the Boraginaceae family.

Etymology –
The term Alkanna derives from the late Latin to cannetta, through the Arabic al-kanne root, because it was used by Arab pharmacists; for Gledhill and Sue C. Eland it would derive instead from the Arabic al-henna.
The specific epithet tinctoria comes from tíngo dye: used to dye fabrics.

Geographical Distribution and Habitat –
Alkanna tinctoria is a Mediterranean species in the strict sense with diffusion in the Mediterranean area of ​​Olivo.
Its habitat is represented by dry and sandy uncultivated, even on poor, but well-drained soils of the Mediterranean region from 0 to 800 m. 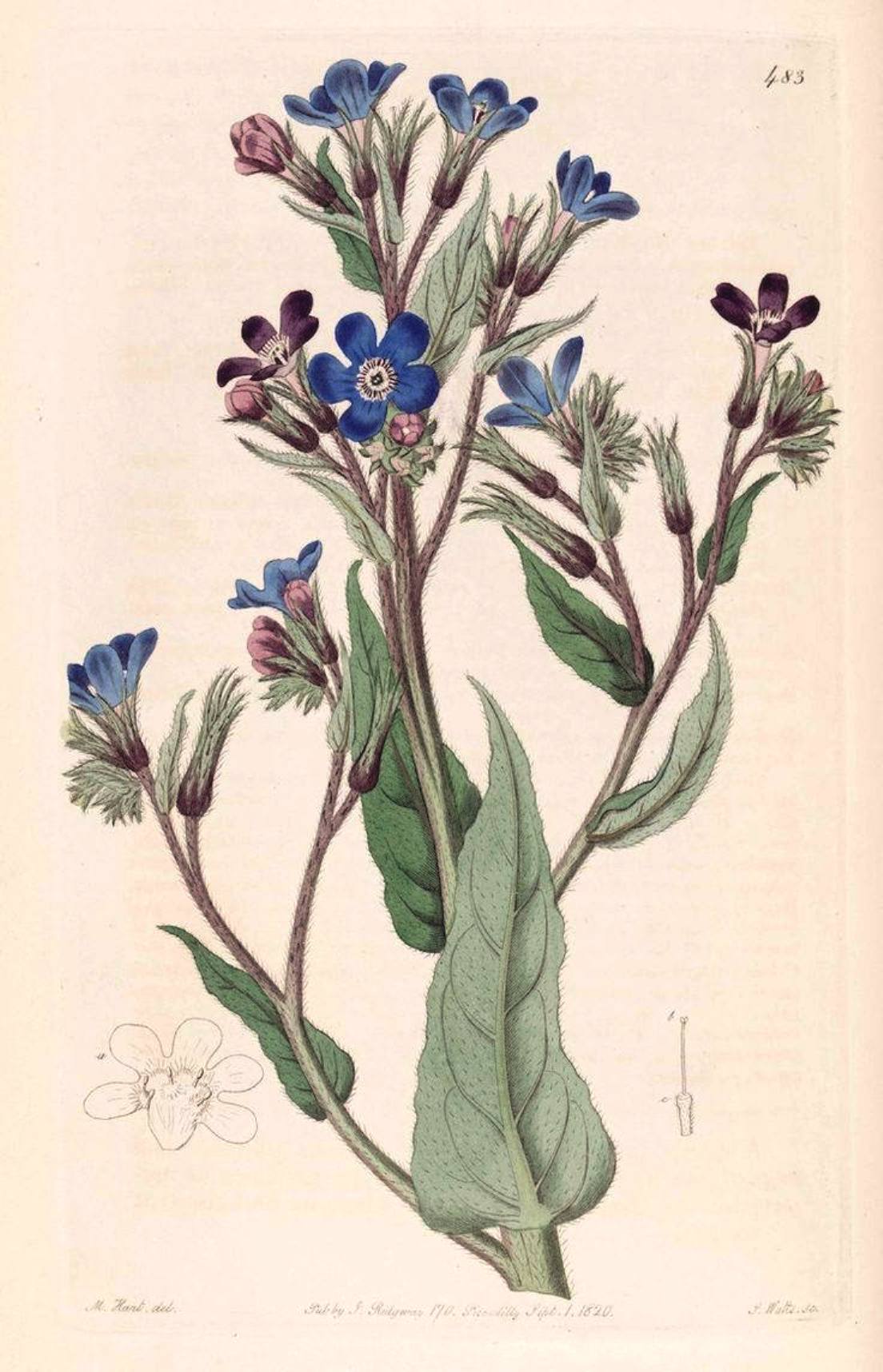 Description –
The alkanet is a perennial herbaceous species, which reaches an average height of about 50 cm, totally covered with long bristly bristly white hair, not glandular, with prostrate or ascending and woody stems at the base.
The basal leaves have an indistinct petiole from strictly linear-lanceolate to lanceolate; the upper ones, decurrent on the stem, are small, alternate, sessile, with a corded base and a rounded apex.
The terminal inflorescence is presented in dense tops of scorpio, which to the fructification lengthen, provided with narrow triangular bracts of (3-4 x 10-12 mm), chalice divided almost to the base in 5 linear lacinias, about 6 mm long, corolla of an intense blue color, glabrous on the outside, which presents a 6-7 mm tube with a 5-lobed rounded edge.
The stamens and the pistils are hidden in the tube.
The anthesis is between March and May.
The fruits are mericarps of about 2 mm, with an irregularly tuberculate-reticulated surface.

Cultivation –
Alkanet was traditionally cultivated in central and southern Europe as a natural coloring agent for wood or medicines.
It is widespread in the Mediterranean regions and prefers dry and arid places or uncultivated, loose and exposed soils in full sun; it does not require any kind of care and it grows everywhere. It lives quietly in soils with pH ranging from 5 to 8. It can be sown in the spring directly in the garden, in the vegetable garden or in large pots and without problems it spreads by itself so that if you have sown it a year, rest assured that the the following year it will appear by itself so that it has to be kept under control.

Uses and Traditions –
The dyeing properties of this plant, known since ancient times, are due to the presence in the stem and root of an alkaloid (alkannin), also called alcanna red, also used today in the food, pharmaceutical and cosmetic industry.
The plant contains, in addition to the alkannin or ancusina (a red dye), tannins, waxy substances and flavonoids.
It does not contain any toxicity and has no contraindications to normal therapeutic doses, except for a possible individual hypersensitivity.
The organs affected by Alcanna’s phytotherapeutic action are the intestine, the organs and tissues of various parts of the body, the immune system and skin tissue.
The alkanet is also a good antiseptic, cicatrizant and re-pitalizing, immunostimulant and immunomodulating, therefore it is indicated to treat abscesses, diarrhea, secondary immunodeficiency, immune insufficiency and autoimmune diseases, infections, inflammations and skin ulcers.
Alcannin, at low doses, has shown immunostimulating activity, but at high doses it appears to be immune suppressor.
Alcannin is a red dye also used for hair dyes.
The plant is particularly rich in polyphenols; in fact the Alcanna extract is used in cosmetics to compose skin and hair care products, hand and face creams and nourishing masks, but it is mainly used to color ointments, ointments, oils and soaps.

Preparation Mode –
For the preparation of the dye, the alkanet is dipped in almond or castor oil. The color obtained is a deep mahogany red.