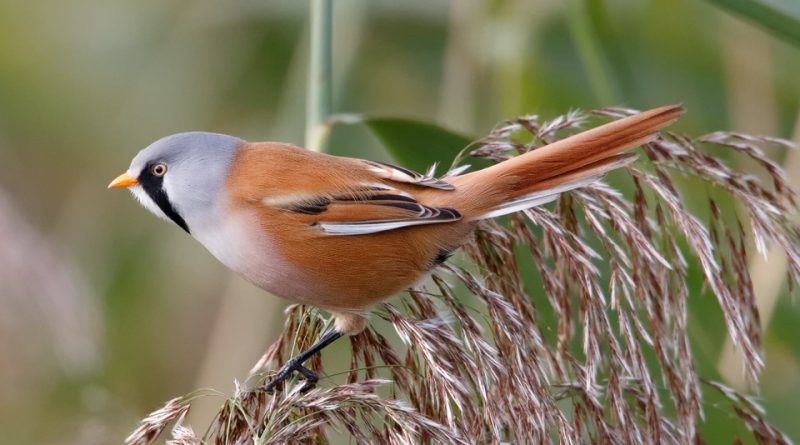 Geographical Distribution and Habitat –
The bearded reedling is a small bird widespread in Europe, Asia and North Africa with somewhat fragmented ranges.
In Italy it nests mainly in coastal areas and is also present as a migrant and winter visitor.
Its habitat is represented by marshy and tree-rich localities where it nests in the thick of the branches, especially reeds. 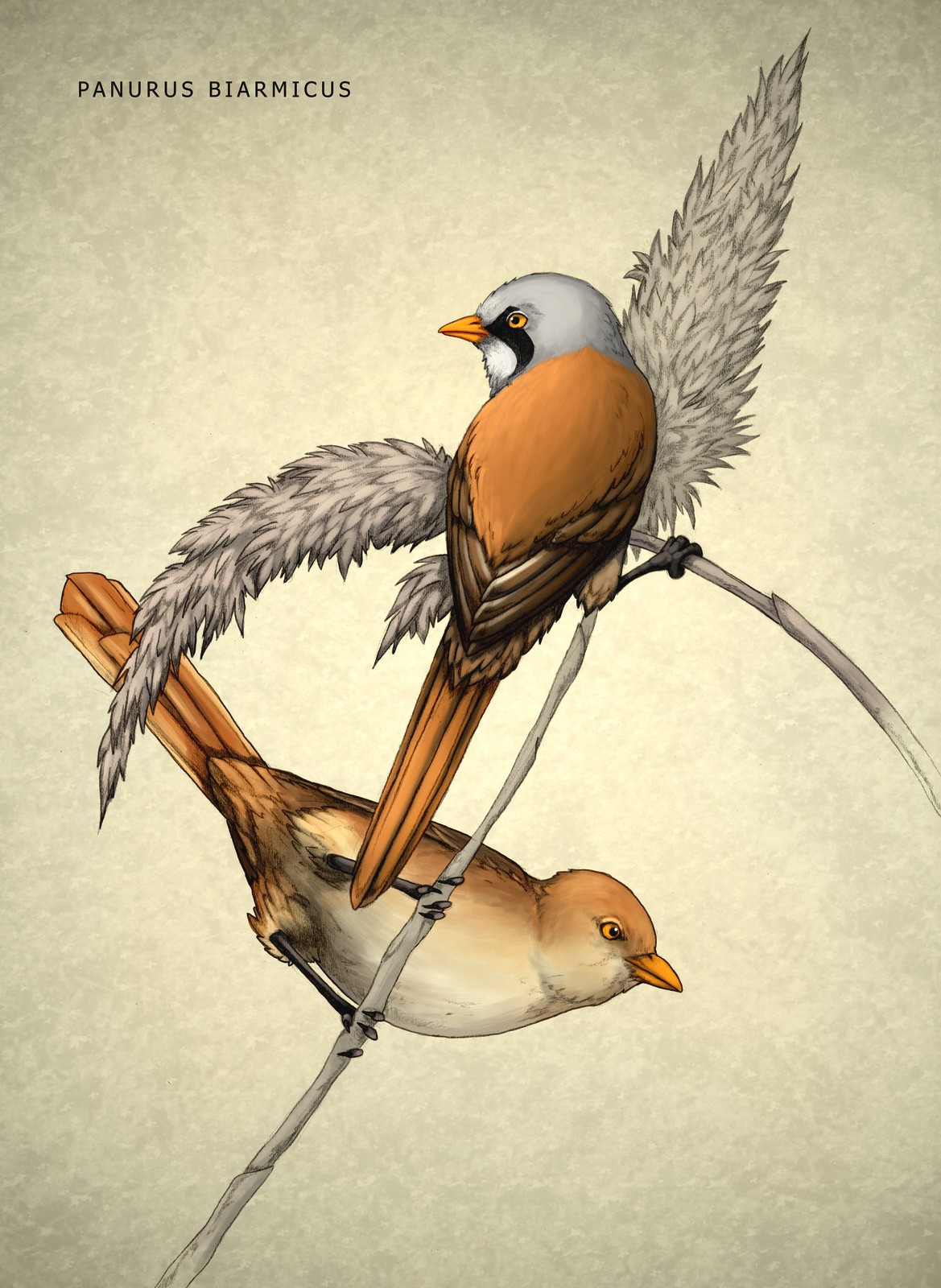 Description –
Panurus biarmicus is a bird with a length of 15-17 cm and a wingspan of 17-19 cm; with a body length of about 8 cm and a long tail as well.
There is a slight sexual dimorphism between male and female.
The adult males have shoulders, back and tawny tail in the upper part. The wings, in the upper part, are fawn with some white and other dark brown areas. The head is gray in color and with an evident black mustache that starts wide between the eye and the beak until it reaches the sides of the throat. The throat is white and fades into a rosy fawn on the chest and the fawn of the hips. The beak is orange and the eye is yellow. The legs are black. The tail at the sides has a thin white band.
The adult female is somewhat similar to the male but has the tawny head, without mustache, which fades towards the white of the throat.
The young men and women of both sexes resemble adult females but highlight a black stripe that joins the eye to the beak, the black back and the sides of the tail with a wide black band.
It is also recognized for a song similar to a small ping-ping bell, which it emits while it moves with acrobatic flight among the reeds.

Biology –
The reproduction of Panurus biarmicus begins with the construction of both components of the pair of a nest in the form of a deep cup, made with straw leaves and other plants; this is then garnished with inflorescences of straw and with feathers. The nest is made between the stems, between the marsh straws, near the water, in colonies.
The female lays 4 to 8 eggs, of light color and speckled, which are also hatched by the male for 10-14 days.
The pullets fly off after a period of 12-15 days after hatching, during which they are fed by both parents.
These birds can have up to three depositions per year.

Ecological Role –
The bearded reedling is the only known species of the genus Panurus and of the Panuridae family.
This small bird feeds, in the summer, on insects, while in the one that goes from late autumn to winter, of seeds: the change in feeding is linked to the seasonal mutation of the gastric mucosa.
In Italy it is not very common, widespread only in the most conserved areas of reeds and given the size of its range and the number of its population, Panurus biarmicus is classified as a low-risk species even if its population is in decline especially for the loss of suitable habitats, such as those of the reeds, and the presence of Nutria (Myocastor coypus) which causes transformations in the extensions and in the structure of the reeds.