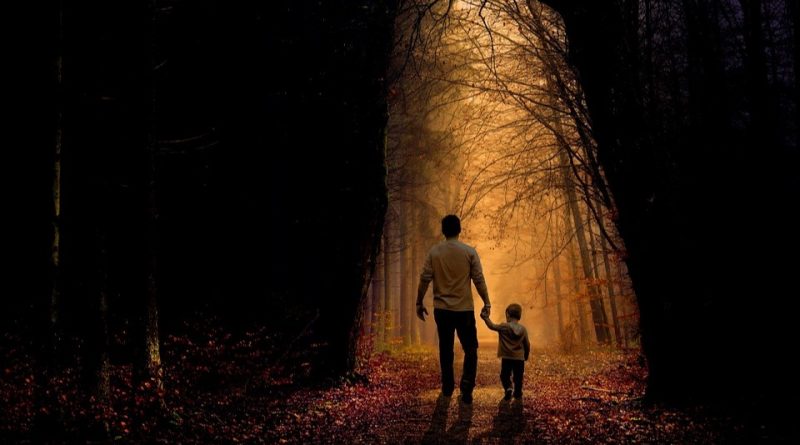 The concept and the definition of “landscape” are complex topics to describe and circumscribe, also because it is a vision that has undergone a profound evolution over time, so it is necessary to provide some fundamental coordinates that help us to give a common sense and accomplished.
One of the most frequent interpretations of landscape, taken up, among other things, by dictionaries and encyclopedias, is the one that identifies it with “the image that we can perceive of a stretch of the earth’s surface”. But it is easy to understand how this assumption can no longer satisfy us.
This is because, in this historical phase, we are passing by the anthropocentric vision of the world, in which man was a center of observation and domination, to the ecological and therefore ecocentric one, in which man is part of a whole. In this new vision the Landscape is no longer external to man but it is the man who is inside it and, obviously, all this transforms the whole perspective and the possible interactions.
This paradigm shift is dictated, as we will see later on, by the reflexes that all the discoveries, in large part already of the last century, are giving to the dynamics of the same perception of Reality. On the other hand, the passage from Newtonian physics to quantum physics is producing the same effects that the discovery of a spherical planet, instead of the flat one, had in past centuries.
We can affirm then that, as in all things of knowledge, the only law that has value is that of continuous change; to put it as the philosopher king Marcus Aurelius: the universe is change, our life is a consequence of our thoughts. Thus, even some certainties on which we have built our theorems, our procedures, can be challenged by new discoveries or, indeed, by new epistemological procedures. We can say that the only constant of the Universe is change.
In this change we must therefore descend from the Olympus of the gods to assume a new vision. The lack of this vision has led us, in fact, to an interaction with the Landscape and its ecosystems, which has produced urban groups increasingly concentrated in large cities and, unfortunately, depopulation and degradation of inland areas and small population centers and to the loss, often, of identity of entire Landscapes. Responsibility is due to a misreading of the functionality of ecosystems, both on a large scale and in detail.
Every cell in the territory responds to certain equilibria, without the knowledge of which it tends to deteriorate, to generate rates of increasing entropy, which manifest themselves with increasingly poorer energy forms, both from an ecological and a human point of view. This leads to the loss of biodiversity, ecological erosion, cultural and social degradation and finally: poverty. If we were to define what poverty is, according to this perspective: we could define it as the diminished human capacity to interact and coexist with the laws of Nature and, therefore, to integrate with the Landscape.
However, applying energy balances to the management of ecosystems, of which agriculture is a predominant part with 80% of the surface, it turns out that intensive farming practices, for example, have a yield equal to one tenth of those traditional; to be clear those prior to the Treaty of Rome and the Green Revolution. This model can then be translated to all human activities. According to Jeremy Rifkin this trend is rapidly increasing precisely because the production models: agriculture, industry, services, and so on have escaped from the canons of energy efficiency, to respect only market needs and not ecological ones.
To understand this affirmation, let us return for a moment to the efficiency of the productive models of the sector that most affects the Landscape, namely that of the Agro-Silvo-Pastoral System. This system, like all human activities, is a dissipative system. When we run a farm, a forest or an ecosystem, all we do is draw, especially from solar and subsoil energies, to turn them into food energy or for other purposes, so when we produce a tomato or an ear of fact we accumulate these energies in order to make them usable for a secondary energy process, which is human nutrition.
This process can take place in two ways: either according to closed thermodynamic systems or through open thermodynamic systems. In the first case the energies of the process are free to flow and be exchanged, while the masses must move as little as possible and in any case with short movements. We recall here that in order to be moved, every mass (be it agricultural products, people, machines and so on) needs as much energy as the distance is greater. In the second case, that is in Open Thermodynamic Systems, which we see circled in red, both the masses and the energies are free to move without rules. It is evident that the more our social and productive system is of the open type, the lower the overall yield of the process. Today most of the productive systems, whether agricultural or not, especially those specialized in the West, are of the Open type and therefore of very low yield. 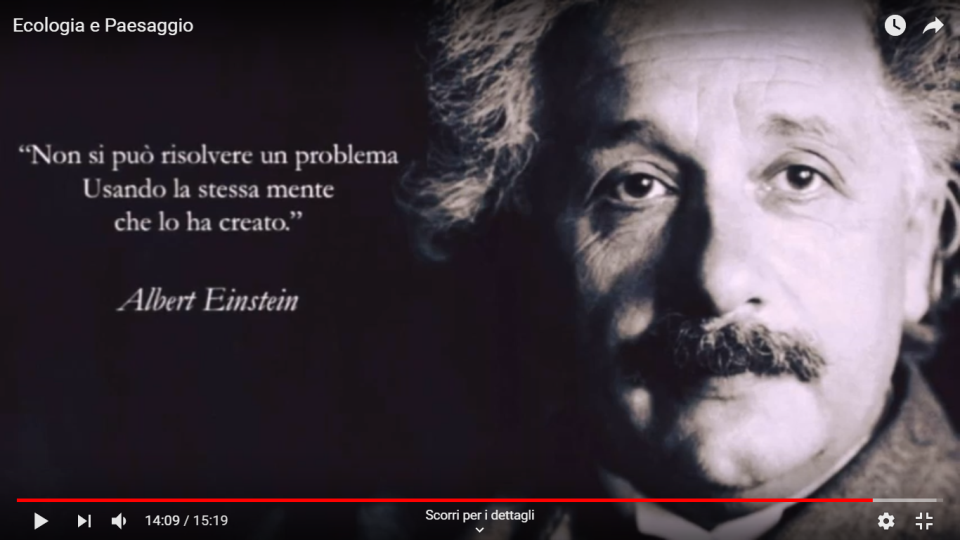 But there is a second aspect: to be able to render the best, the System must necessarily increase the complexity of its structure (according to an order of energetic reciprocity) by decreasing its entropy. The system, in a nutshell, must biodiversize. In Nature it is therefore possible to find negative entropy models (the so-called neghentropy) which allows closed and biodiverse thermodynamic systems to have the highest energy yield. This theory, which is, among other things, the basis of Agroecology, earned the Russian physicist Ilya Prigogine (who is the father of the epistemology of complexity) the 1977 Nobel Prize for Chemistry.
From the application of these concepts we can derive a series of speculations that allow us to understand a succession of dynamics otherwise of complex observation and that, playing force, affect the concept and evolution of Landscape.
The first speculation is of a territorial order. All Systems: whether it is a farm, a forest or a city, they comply with these laws; they are all dissipative structures. Whenever our dissipative system re-converts little and badly the energies it receives (which are largely solar) the greater energy received, highlighted by the arrows in red, compared to the transformed one (represented by the green arrows) following a production of entropy which is a form of degraded energy, no longer transformable and which causes so-called global warming.
The second speculation, which is consequent, is instead of human order: we speak of social entropy. The community, in order to manage these inefficient energy models, must create structures, flows, systems, markets, bureaucracies, and so on, more and more complex that absorb further energy rates. In the book Entropia, by Jeremy Rifkin, this process is seen, if the necessary remedies are not posed, as a function of no return. Just as in chemical equilibrium, when the ratio between reagents is produced it is excessively unbalanced there is the risk of being unable to balance the equation.
Thus, to remedy these inconsistencies and operate in the presence of converging disciplines, in the more orthodox sense of Landscape, inseparable from the Territorial Planning, we must move towards the identification of geographical macro-areas that take the name of Bioregions. These areas, hypothesized for the first time in the 1960s by Peter Berg and Raymond Dasmann, are the synthesis of those ethical, political and ideological principles connected to the ecosystem that characterizes them. According to Thomas Rebb, bioregionalism is that “form of decentralized human organization which, by proposing to maintain the integrity of biological processes, life formations and specific geographic formations of the bioregion, which helps the material and spiritual development of human communities which the They inhabit. ”
It is easy to understand how this is an approach to the concept of Landscape, planning, land management, tourism flows, and so on, which moves on a totally innovative level. Applying the aforementioned principles and the speculations of bioregionalism, proceeding in the direction of Closed Thermodynamic Systems, we will witness a total change of the organizational paradigms of society, of Circular Economy models, and of the future Landscapes of our territories.
The relationship between production and use will be shortened to the advantage of more widespread urban systems, less concentrated and energy-intensive and with long-standing social, ecological and energy systems, where man will be a part of the Landscape and this cause and effect of cultural environments. If instead we continue to apply logic in the direction of Open Thermodynamic Systems, we will witness the unstoppable growth trend of the megalopolises, of the progressive impoverishment and degradation of the suburbs, with very unstable social, ecological and energy systems of short historical duration.
We have arrived at that moment in history where, in order to deal with the complex theme of the relationships between humanity, environment and landscape, it is necessary not only a different ethical, cultural and technical approach, between the various professional and associative realities, but above all a new vision perspective.
We are met by the famous Rule of Einstein, which reads: “You cannot solve a problem with the same kind of thought that you used to create it.” It would be short-sighted, selfish and the biggest mistake that can be made. History will ask us to take account of our future attitude!
Precisely that history which, with the enactment of the Italian Constitution of 1 January 1948, left us, with article 9, a great legacy when it states that: The Republic promotes the development of culture and scientific and technical research. It protects the landscape and the historical and artistic heritage of the Nation.
This is equivalent to a new vision of the role of politics that moves with models that see in the protection and promotion of diversity, in complexity and reciprocity the cardinal principles of a new model of civilization.