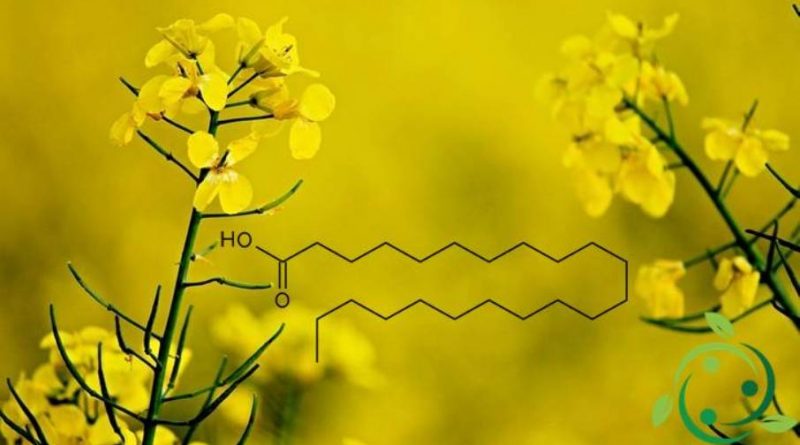 The behenic acid, whose term in the official IUPAC nomenclature is: Docosanoic acid and whose brute or molecular formula is: C22H44O2 is a carboxylic acid compound which is part of saturated fatty acids. Chemically it is a fatty acid with 22 carbon atoms, saturated and with a linear chain.
The behenic acid, in its natural state is presented in the form of white or cream-colored crystals or even in the form of powder; this molecule has a melting point at 80 ° C and a boiling point at 306 ° C.
From the chemical point of view it is produced by catalytic reduction of erucic acid or through the hydrogenation of rapeseed oil: hydrogenation of erucic acid.

In nature, behenic acid is found in various vegetable oils obtained from various plants such as those from: Microula sikkimensi, from Moringa oleifera, from Pentaclethra macrophylla and, in smaller quantities also in other oils including canola oil , peanut oil and sesame oil.
The behenic acid finds application in the cosmetics industry and in that of lubricants. In cosmetics it is used commercially in hair conditioners and emulsifying systems. In lubricating oils, the evaporation of solvents in paint strippers is added to retard.
From the food point of view, if it is taken as edible oil, the behenic acid would produce average concentrations of total cholesterol and LDL cholesterol similar to those of palm oil.